A Utah community mourning the loss of a bright, young boy who died by suicide at the tender age of 12. According to CBS station KUTV, Drayke Hardman passed away last week after being picked on at school for more than a year. It’s especially hard for the boy’s parents, Samie and Andrew Hardman, who did everything to prevent this from happening but unfortunately have been forced to see this day.

The Hardmans revealed how they would repeatedly check on their boy’s mental health. They even asked him to share if he was having any suicidal thoughts but Drayke always assured them that he was fine. “He said, ‘no, no,’ and it was almost like he was disgusted that I would have even asked him,” a devastated Samie told KUTV according to PEOPLE.

At the time, the school was informed about Drayke’s bully and they were reportedly suspended. However, that didn’t stop the student from continuing the abuse, the parents shared. The couple heartbreakingly recalled a day this month, when Drayke came home from school with a black eye. On February 9, he asked his parents if he could skip his evening basketball practice. 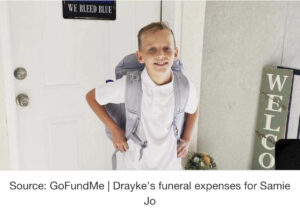 Assuming their son needed some time off, his family let him stay at home but when they returned, the family was shocked to find that Drayke had attempted to end his life. And the following day he was pronounced dead. Despite the loss, Andrew is trying to be as understanding as possible of the situation, even giving his son’s bully the benefit of doubt. “Deep down there’s something broken that this child took from my son, and it has to come from somewhere because like Samie said, children, aren’t naturally angry,” said Andrew of his late son’s bully.

“So for him to have to attack my son to build his confidence means he was lacking something,” he told ABC station KTVX. “So, in a sense, this bully was also a victim, and that’s where we need to find the solution is teaching our children that the world is broken, but they’re the generation that is going to fix it.” Meanwhile, Samie remembered her beloved son as someone who enjoyed making people around him happy.

“Drayke’s personality was all about people,” she shared. “He loved to make people laugh. He loved to do what he could to always make sure that somebody had a friend.” Following the youngster’s death, many have posted tributes on social media and made calls to stop bullying in schools in a movement called Do It For Drayke.

Model Kaia Gerber took to Instagram and wrote, “My heart is broken for Drayke and his family, and every child who has been the victim to bullying…Let’s teach our children kindness and compassion. Bullying HAS NEVER and WILL NEVER be ‘cool.” Meanwhile, members of the Utah Jazz invited the boy’s family to present players Rudy Gobert and Donovan Mitchell with their 2022 NBA All-Star commemorative ring, reports FOX station KSTU.

A GoFundMe account has been set up by the family to fund Drayke’s funeral. Please click here if you wish to donate. 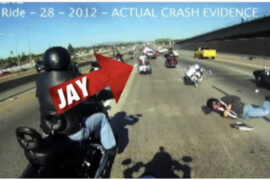