17-year-old is cancer-free after a miraculous clinical study. “I am so grateful”

5-year-old Emily Whitehead was diagnosed with cancer in 2010 in a surprise that shocked her whole family. The preschooler had her yearly checkup in Philipsburg, Pennsylvania, where she met all of her milestones and received a clean bill of health. However, a week later everything went downhill when she started exhibiting dangerous symptoms.

Her mother, Kari, 46, said that “everything was great,” until she started developing bruises on odd parts of her body, per PEOPLE. Subsequently, her gums started bleeding and she started having an unbearable stomach ache that woke her up in the middle of the night. Kari googled her symptoms and they were, “the classic signs of leukemia.” So, she took Emily to the doctor’s office the next morning.

We are excited to share that Emily’s story will be featured in this week’s upcoming issue of @people! To read more, pick up a copy of the magazine on newsstands FRIDAY.

Emily was diagnosed with acute lymphoblastic leukemia within days, and doctors at Penn State Health in Hershey, Pennsylvania, suggested a 26-month chemotherapy regimen for her. During the first few weeks of therapy, she suffered dangerously high fevers and an uncommon illness that almost led to her legs being amputated. Despite the difficulties, she was in remission one month later. Her father, Tom, said, “From the time she was little, she liked to pull pranks and make us laugh. She made our lives a lot better.”

Emily relapsed in October 2011, and the 6-year-old was given a 30% chance of life. Her father even took her to the Children’s Hospital of Philadelphia to get a second opinion. He said, “The news was more devastating to us than her original diagnosis. I told Emily that if I had to crawl to the North Pole, I would, if that’s what it took to find someone to fix her.”

With this important milestone reached, we can now also celebrate that Emily is CURED. https://t.co/Vodpc7n1qa#WeBelieve#ActivateTheCURE#10YearsofCART pic.twitter.com/UxDu3MwbV5

Emily spent most of the following four months in the hospital preparing for a bone marrow transplant in February 2012. Her parents contacted specialists and learned about every treatment option. Tom said, “I was just praying like, ‘God, if you’re up there, we need help right now.’ I was kind of asleep but not really and I suddenly saw Emily at CHOP. And I could see her getting better.” Tom, described in his book, Praying for Emily: The Faith, Science, and Miracles That Saved Our Daughter, of his vivid visions of Emily’s recovery.

Her health had deteriorated to the point where she was no longer eligible for a transplant by February 29 and the family was at a loss on what to do. However, in a turn of events, Emily’s doctors at CHOP informed Tom and Kari that, after a year of paperwork, the FDA and other committees had finally authorized the hospital’s Phase 1 clinical study for CAR T-Cell treatment in children and Emily had become the very first pediatric patient.

@PennStateFball’s Kalen King, Brenton Strange and Keaton Ellis joined @JonCondo to help raise money for the Emily Whitehead Foundation and Strange talked about getting to know @RealBrittBaker after almost running over her at the Indiana game last season.https://t.co/KQLCljTkXf

Kari said, “It was a total shock after everything we she’d been through. We were just so excited.”

Emily is now 17 and is completely healthy. She said, “I know my parents tried to make me smile every day. That’s something really special that I still remember.” Emily, who recently obtained her driver’s license and is in the process of applying to universities.

She and her family established the Emily Whitehead Foundation in 2015 to raise awareness about novel kids’ cancer therapies and to assist other families affected by the disease. She said, “Spreading awareness about treatments like CAR T-cell is really important to me. It’s a miracle I’m alive — and I am so grateful.” 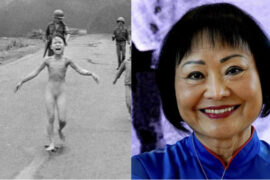 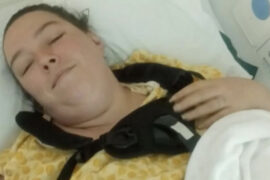 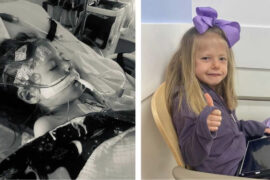