Last summer an 18-year-old woman from Bagley, Minnesota, drowned in a lake after saving several children from turbulent water, according to reports.

Witnesses say that a group of children were swimming near the dam, but the water level was considerably higher due to the large amount of recent rain. Some of the kids were then caught in the churning water coming over the dam. 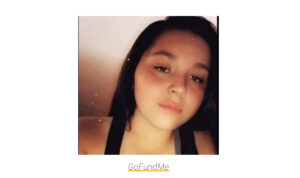 As per reports, Raina’s family told how three of her siblings and five of her cousins were amongst those swimming. Three of her younger cousins, aged 10, 8, 6, got caught in the churning water.

Raina’s aunt, Victoria Wind, said: “From our understanding, when they went into the water the current was so strong, it could look calm on the top.

“The water levels were higher than they were previously and the kids jumped in, thinking nothing was any different … the kids were in the water, tumbling in the water.”

Raina Lynn Neeland, 18, rescued children from treacherous river waters below a dam in northwestern Minnesota only to lose her own life after being pulled under. https://t.co/pYNKL1eCD6

“She jumped in and must have thrown them where her brother could grab them and pull them to shore,” said Lenny. “She got them close enough where he could get them out.” Raina’s brother later pulled her out of the water.

The first deputy on the scene arrived after an 8-year-old had been pulled from the water and and was unresponsive. Bystanders at the scene performed CPR and were able to resuscitate the child.

“I think there were a bunch of angels at that dam helping them get out of the water,” Lenny continued.

Tragically, however, Raina could not be saved, despite the efforts of bystanders and paramedics who administered CPR.

“She always wanted to help people and protect people, and that’s exactly what she did,” Lenny said.

“I thank God for Raina, that she saved my other grandkids, because this could have been worse than it is now.”

The children who Raina saved, meanwhile, are back home recovering having been checked out of hospital on Monday.

A GoFundMe page set up by Raina’s family reads:

“Raina was loved by her family and friends. Raina loved cooking with her grandma also she loved helping take care of her siblings and cousins. Raina drowned saving her younger cousins. All help will be going to help pay for all costs associated with her funeral and my family with everything. Sorry I’m not great at talking about being in need but right now as we are all hurting from this loss of one of our young family members. Thank you for all the support.”

It breaks my heart to hear of such a tragic loss of life. Raina was undoubtedly a brave and caring soul, who died so that others might live.

Share this article to pay your respects and send love and prayers where they’re needed.