Michael Bennett grew up knowing two things: he was adopted, and he was an only child. It wasn’t until the past two years when he took a DNA test that his life was turned upside down when he learned he had an entire family waiting to meet him in Ohio.

The Army veteran who currently lives in Fort Worth, Texas recently met his seven brothers and sisters.

Not only was it an emotional moment for Bennett, but his siblings, who knew they had a brother somewhere out there, it was a moment they’d remember forever. 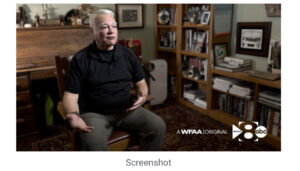 “My parents never hid the fact that I was adopted,” the 70-year-old told WFAA.

Bennett was adopted by an American family in the 1950s after his biological mother, Yoshiko Nakajima, was forced to raise him on her own in Japan. His father was an American serviceman. He assumed it was the usual story.

“There are so many kids that pop up after conflict, after wars. And I was one of them,” he said.

His adoptive parents made sure he was aware of his biological mother and her sacrifice. 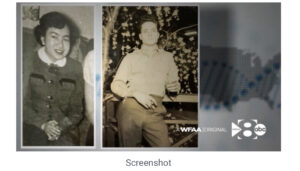 Bennett grew up in the United States, eventually joining the Army and becoming a Green Beret. He had a family of his own and has been “real happy with how things turned out for me.”

But when he turned 68, he became curious about his past. He got a DNA test kit and learned he was half Japanese and half Anglo European.

Shortly after he got his results through 23andMe he received a message from someone he didn’t know.

They commented about the amount of shared DNA they had, and questioned who Bennett was because they knew everyone in their family, but Bennett was a mystery.

More questions
“Is your mother’s name Yoshiko Nakajima?” the person asked next, followed by, “Were you born in Japan in the 1950s?”

“That was a big ‘aha’ moment. I was like, they have my mother’s name!” Bennett said.

They told Bennett that not only did they know his father, but he had a “huge family” and they all wanted to talk with him.

‘It really floored me.’
Within hours Bennett was on Facetime with one of his newfound siblings, Robin Reed.

For Reed, finally meeting a brother she only ever heard about, it was a moment to remember.

Her father, Dick Webster, often told his children about his life in the military. He recalled the time when he was in Japan and fell in love with a woman named Yoshiko Nakajima. The two had a son together.

He re-enlisted for another three years with the Air Force hoping that would give him time with the love of his life and new son, but he was transferred back to the United States. There was nothing he could do to stop it. 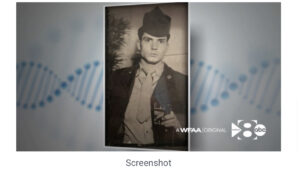 While he moved on and started a family of his own in Ohio, he always kept a photo of his son, Michael Bennett, and he never gave up hope that one day he would find him.

Unfortunately, both Nakajima and Webster died before Bennett could meet them, which gave Bennett all the more reason to make the 14-hour drive from Fort Worth to Cincinnati to see his brothers and sisters.

“Oh my gosh it was like looking at a ghost. It was like ‘oh my gosh,’ And to be able to physically see him, talk to him, hug him, that’s powerful,” Reed said.

The siblings plan to meet up again in June, but this time in Fort Worth. And none of them want to miss another moment of each other’s lives.

“I thank the Lord above that we got in touch before the end of our days,” Bennett’s brother Samson Webster said.

Absolutely amazing! I’m so happy for this family.