After his son is branded a ‘Monster,’ Idaho dad teaches tormentors a brutal lesson

Jackson Bezzant is just like any other elementary-age kid. He’s a happy-go-lucky boy who loves fishing, playing outside, and hanging out with his family.

The only difference between Jackson and your average child is that he was born with a rare condition called Teacher Collins syndrome. It affects the development of bones and facial tissue.

In Jackson’s case, it means he’s nearly deaf, and he’s had to undergo surgery to rebuild his eye socket.

It’s also lead to him enduring relentless bullying from children at school – and even some adults.

His Idaho father felt “destroyed” when he learned that his son was branded a “monster” at school.

After that, the distraught dad finally decided enough was enough and set out to teach his bo’s tormentors a lesson. 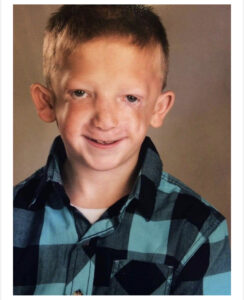 Jackson’s dad Dan has witnessed this bullying time and again.

He recalls walking down the street with his son and hearing a woman pass by them before saying “Did you see that little boy’s face?”

Any parent would have a hard time not stepping in when they see their child being bullied, but Dan generally managed to keep his cool and put all of his focus into keeping his son happy and grounded.

But recently, one incident at school meant that Dan just couldn’t keep quiet any longer. 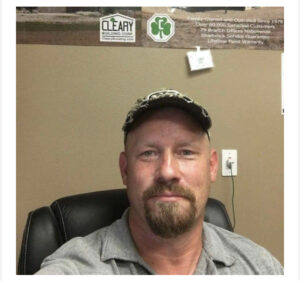 Jackson Bezzant was eating breakfast in the school cafeteria when three older boys approached him.

They started taunting the little boy, calling him “ugly” and a “monster”. Jackson sat there, helplessly being bullied until a teacher’s aide finally took notice and stopped the cruel torment before it escalated further.

Dan heard the story and couldn’t hold back tears – but things were far from over, however. 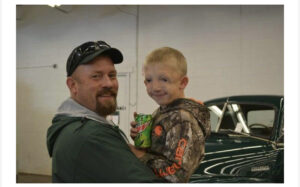 This surely wasn’t the first time Jackson had been bullied, but Dan was determined to make it the last.

Enough was enough, and Dan was about to make sure all of his son’s tormentors got that message.

Fed up of always seeing his little boy teased, taunted and humiliated, he took to Facebook to write a heartfelt post calling out the bullies.

“My heart is in pieces right now and my soul feels like its ripping from my chest,” Dan began, according to People Magazine.

“This beautiful young man, my son Jackson, has to endure a constant barrage of derogatory comments and ignorance like I’ve never witnessed. He is called ugly and freak and monster on a daily basis by his peers at school. He talks about suicide and he’s not quite 8!

He says he has no friends and everyone hates him. Kids throw rocks at him and push him shouting these horrific words. Please please take a minute and imagine if this were your child. Take a minute to educate your children about special needs. Talk to them about compassion and love for our fellow man. 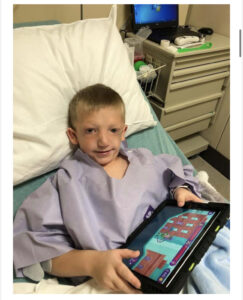 His condition is called Treacher Collins. Maybe even look it up. He’s endured horrific surgery and has several more in the coming years”, Dan Wrote.

While some might criticize the school or the teachers for the bullying Jackson had to take, Dan doesn’t blame them and he doesn’t want others to either.

Instead, he wants to lay the blame where the responsibility belongs, and that’s with the parents who failed to teach their children kindness, compassion, and acceptance.

“I want parents to see my post and feel my heart break. Please educate your children and let them know that bullying is not OK. Please share this. This shouldn’t be happening to anyone”, Dan said. 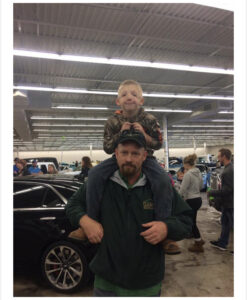 Sadly, he will have to undergo many more procedures throughout his life. 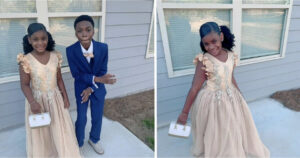 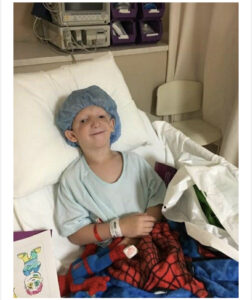 After reading Dan’s post, kids at Jackson’s school reached out to him and his family, wanting to befriend and protect the boy.

Dan’s heartrending words even helped connect Jackson to two kids living in the same area as him, both of whom have Treacher Collins syndrome. They’re now planning to meet for a playdate.

Overwhelmed by the support, Dan set up a PO box for those who’d like to send Jackson letters or cards, and the box has quickly been filling up! 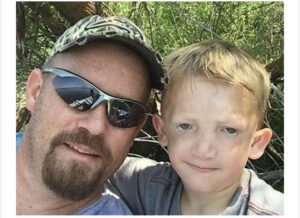 It broke my heart reading Dan’s desperate Facebook plea and hearing about the torment that Jackson has suffered from other children. NO ONE should have to put up with bullying.

A lot of bullying is probably unintentional, children sometimes comment on what they observe without an awareness of the reality behind it or how they might make others feel. But, as Dan proved, a little education can end a lot of torment.

Pierce Brosnan held his daughter as she died of ovarian cancer, he lost his wife the same way 22 years ago