Aspiring teacher, 20, dies in home explosion while dog sitting for another family

An aspiring teacher in Minnesota tragically passed away while dog sitting for another family after their home in Lexington Township exploded. 20-year-old Kailey Mach, unfortunately, got caught in the blast that flattened the home in a matter of minutes. Officers later found the young college student bound amid a pile of rubble and ash.

Mach was a promising young woman who studied at Augsburg University in Minneapolis. She had been staying overnight at a family’s home to take care of their two dogs as they were away for the weekend. But around 11:25 p.m. on February 26, a frantic caller reported a home explosion on 211th Avenue to the authorities, according to Le Sueur County Sheriff Brett Mason.

By the time officers arrived at the scene, the house was completely destroyed. According to KARE 11, fire crews discovered that the explosion had caused a house fire and the immediate collapse of the structure. While attempting to put out the fire, first responders learned that the family living in the house had been out but Mach was inside the home watching the homeowner’s dogs. They found the young girl’s body in the basement of the house.

Mach’s family is left devastated by the sudden loss. Her uncle, Tim Siebsen, told the outlet of his niece’s plans of using her degree to achieve her dream of becoming a kindergarten teacher. “She worked so hard to be a teacher; she was going to graduate almost a year early,” said Siebsen. “She was an employee of TCU schools working as a KidZone leader (before and after child care), [and] she also worked as a preschool aid in the district.”

“She was so loved by all of her kiddos. She was so loved by anyone that met her. She did all this while taking more than a full-time class load at Augsburg,” he added. Even her friend Shelby told WCCO how Mach “always talked about how she was going to change the world by teaching the next generation.” Describing her as a selfless and pure-hearted girl, she told the news outlet “[It didn’t matter] if she was having a bad day. If you told her you were upset, she wouldn’t rest until she got you to smile.”

Mach was apparently very involved with her church youth group. She was also preparing for Bible camp this summer, revealed Siebsen. “She was such a great person to everyone she met. She brought so much light and love to our lives,” he noted. A spokesperson for the Augsburg University expressed their condolences following the distressing incident.

“The Augsburg community is deeply saddened by Kailey’s tragic passing this weekend, and we offer our profound condolences to her family, friends, professors, classmates, and all who were close to her,” they said. The cause of the explosion is still being investigated. It remains unclear if any of the dogs survived the incident. 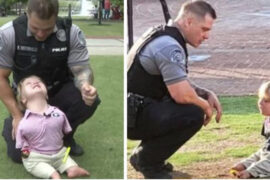 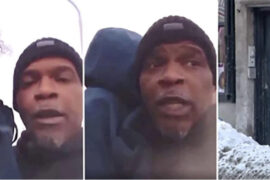 Man hailed a hero after girl, 7, is found wandering alone in the snow wearing just a onesie 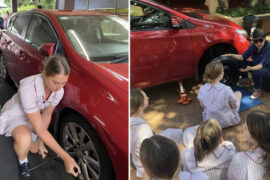 Teacher teaches school girls invaluable life skills, like how to change a tire and oil