It’s been over 15 years since Bindi Irwin lost her father — the late renowned crocodile hunter Steven Irwin, but the pain of the devastating loss still comes and goes. In an interview with Stellar Magazine Bindi revealed that watching old footage of her father sometimes still moves her to tears.

One such incident took place when she was helping out with the crocodile show, her late father’s signature act at the Australia Zoo. “It was just an ordinary day and we were playing the video where we petition against the harvesting of crocodile eggs,” she recalled. “There’s old footage of Dad with the crocodiles and, even though I’ve seen the video maybe 50 times, that day I started crying.”

Bindi admitted some days are harder than others. “What gets to me are those moments when I’d love him to be here to share what we’re doing,” she added. “It could be when my brother is receiving an accolade for his photography, or it might be at the end of the day when we’re having dinner and laughing. I’ll think: ‘I wish Dad was here for this.’ But he’s just not there.” Bindi was just 8 years old when her father nicknamed The Crocodile Hunter, died at the age of 44 in 2006. Steve was struck by a stingray barb off the coast of northern Australia while filming a wildlife documentary,

Bindi’s mother Terri recently paid tribute to her late husband Steve on their 30th wedding anniversary last month. The pair first met in 1991 and got married soon after in 1992. The 57-year-old conservationist and zoo owner shared a throwback snap of her and Steve for the special day. “I married this incredible bloke 30 years ago today,” Terri wrote on Twitter on Friday. “What an adventure! Love and legacy live on.” Speaking to The Courier Mail, the conservationist recalled, “You know, and I keep saying this, and I think maybe 15 years later people are finally starting to believe me, Steve was it for me,” she confessed. “That’s just the way it is,” she added. “I had a big, big love and it was enough to last a lifetime.” The two welcomed daughter Bindi, 23, and son Robert, 18 during their relationship.

I married this incredible bloke 30 years ago today. What an adventure! Love and legacy live on. pic.twitter.com/FEHTYfh5Xf

Bindi opened up about the pain of losing her father at such a young age and how time doesn’t always make it easier. She told PEOPLE, “I remember people coming up to me and saying, ‘I’m sorry for your loss, sweetheart. Time heals all wounds.’ But that’s just not true. It’s like losing a part of your heart, and when you’ve lost that, you never get it back.” 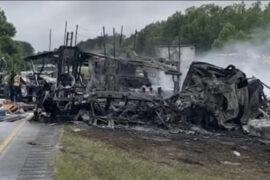 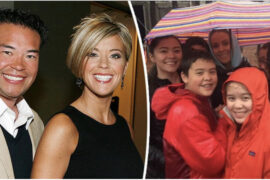 Jon and Kate Plus 8; famous sextuplets turn 18 and barely talk to each other 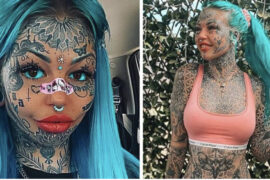 Amber, 24, is obsessed with tattoos and has covered her whole body in ink