The story of little Brenna is a story of overcoming any possible obstacles – and is also a reminder of how a parent’s love is unconditional.

There are moms and dads out there who give up on their children – just because they look different.

That’s why it’s so important that we bring inspirational stories to peoples’ attention, stories where parents and children show that no challenge is too big, as long as you stick together.

It’s also an important lesson to any of us who have ever judged anyone based on their appearance.

Courtney and Evan Westlake were happily living their life with their son Connor when they discovered that Courtney was pregnant again.

Of course the couple was thrilled when they realised that their family was going to expand. 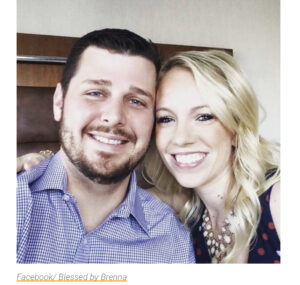 Like any other expectant parents, they were looking forward to their first ultrasound.

Every time they left the hospital, the doctors assured them that everything looked great with their growing child.

A few months into the pregnancy, Courtney and Evan found out that they were expecting a girl: Connor was going to have a little sister! 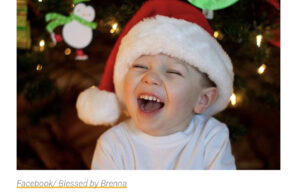 The couple were overjoyed and began imagining everything that a little girl would bring to their family.

The big day came just a few weeks before New Year’s Eve. The little girl was born – but all the couple’s plans of introducing the little girl to her new home were crushed. 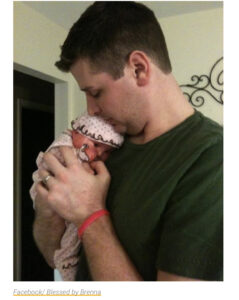 Their daughter Brenna was born covered in a thick white scales. She wasn’t moving, had an extremely high body temperature and her whole body was covered in sores.

Courtney and Evan were only able to hold their daughter for the first time two weeks after her birth. 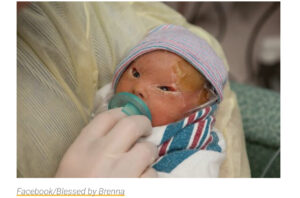 They found out that Brenna had been born with a serious hereditary disease called Harlequin ichthyosis. The disease causes Brenna’s body to make skin 10 times too fast.

It causes redness all over her body, and also affects her eyes, mouth, nose and ears.

The disease is untreatable and is often fatal. 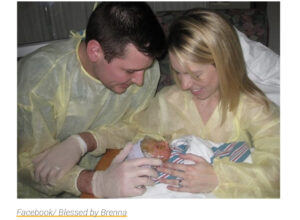 With all the physical challenges that come with Harlekin ichthyosis, the parents knew they had a tough road ahead of them. 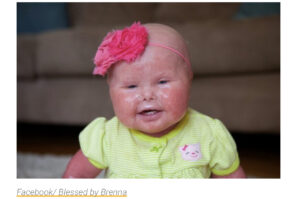 Courtney often comes across strangers who point, make loud comments or ask insensitive questions when she’s out with Brenna.

It makes her sad. She can understand that children are curious about Brenna, since she has such a unique appearance. 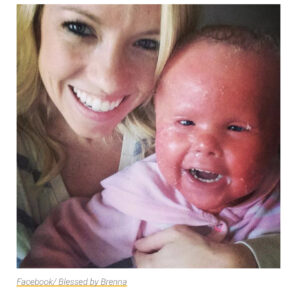 But what really upsets Courtney is the reactions she gets from many parents. They pull their children away from Brenna as soon as they see her and tell their children to keep quiet when they get close to her. 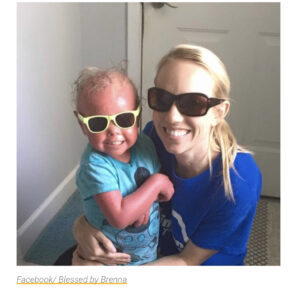 Courtney would prefer that parents come up and talk to her and Brenna, instead of looking away and leaving the playground.

At the same time, Brenna is a proud and confident little girl, who doesn’t let anyone bring her down. She’s confident in herself, thanks to all the support from her family. 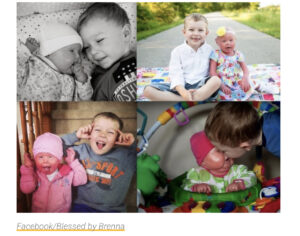 “Why do parents try to avoid talking to people who look different? What are they afraid of? They could just come up to me and ask how old Brenna is,” Courney says, and continues:

“When their child asks why Brenna is so red and swollen, why can’t they just be honest and say ‘I don’t know, but it doesn’t matter how we look. We’re all unique’?” 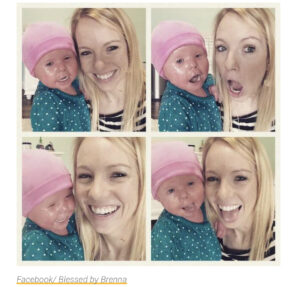 Despite their challenging days, Evan, Courtney and Connor are proud of their little fighter – with good reason.

Every evening, dad Evan bathes his daughter, which needs to be done carefully and methodically every day.

The same man who was joking about braiding her daughter’s hair now massages her very carefully but steadily with a cloth to wash away scaly skin. 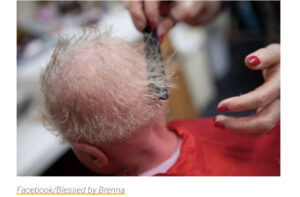 The disease also means that Brenna doesn’t have a lot of hair, but every day her dad carefully combs the hair she does have.

And in most ways, Brenna is just like any other child. She loves her family, playing and listening to bedtime stories with her dad and big brother. 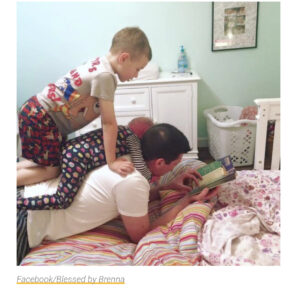 Her parents are convinced that Brenna can do whatever she wants in life, even though life hasn’t turned out exactly the way they planned.

Courtney now writes regularly about her family’s life on her blog, Blessed by Brenna, and she’s also written a book, A Different Beautiful, which was published in August 2016. 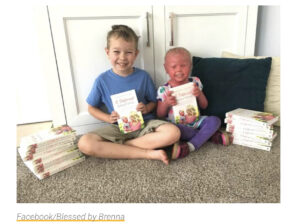 The family hopes that their open and emotional story can help others to understand and appreciate people who look different.

And isn’t Brenna beautiful just the way she is. 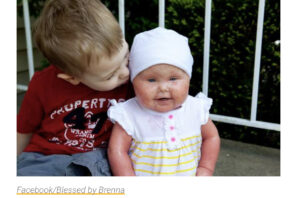 Please share Brenna’s inspiraional story to help her and her family spread awareness of her illness.

Together we can ensure that all children have a happy upbringing, free from prejudice.