We can all agree that bullying has absolutely no place in the world. From a young age we’re taught that the practise is wrong, and that to intimidate and take advantage of others is despicable.

And yet, somehow, it endures. In schools all across the world, bullies exist, those children who have yet to be taught – or yet to accept – that they shouldn’t be making the lives of other kids a misery.

Mom Allison Davis knows this. As per her blog for Love What Matters, her son Drew was being bullied for years without his school taking the necessary measures to make it stop.

“When this kid has constantly threatened to beat Drew up along with several of his friends, the school did nothing.

When this kid followed Drew down the hall threatening him and making fun of him AND it was all captured on video, the school did nothing.

When other kids told teachers and administrators that this kid was threatening Drew, the school did nothing.

When this kid took to social media, voicemails, and texting threats, the school did nothing.“ 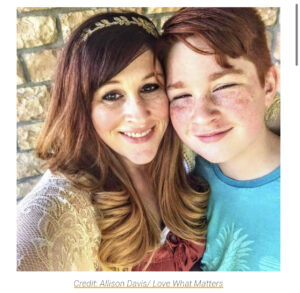 Drew’s bully apparently threatened him on multiple occasions, resulting in Drew being afraid to walk the halls for fear of an attack.

“He quit talking to the adults about it because they never disciplined the bully and it just made the situation worse,” Allison told Love What Matters.

“I sent the school a lengthy email at the beginning of the year begging them to do something because Drew refused to talk to adults at school about it because he knew it would do him no good.“

With the school doing little to help, and Drew of the opinion that he couldn’t trust adults to sort the problem out for him, he knew there was only one thing to do: stand up to his bully. 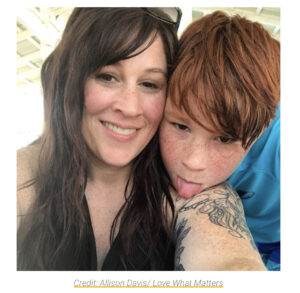 Allison explained: “When this kid threatened Drew (while on the bus) and then moved on to making fun of his dad and then threatening Jackson, his 11-year-old brother, Drew decided he would quit relying on the school and the adults who are supposed to protect him.

He decided HE would do something.

Three punches and his bully screamed like a baby, his minion friends shut up, and this morning the bully wouldn’t even look at him.

As a parent, I know I’m supposed to be upset with him for resorting to violence or getting suspended, but I’m not.

Not even a little bit.” 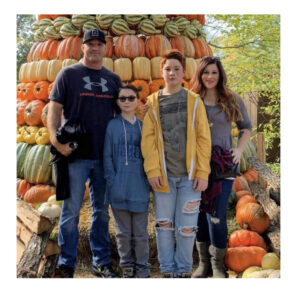 Bullying should never be tolerated in society, and though violence is never the answer some bullies simply have to learn the error of their ways.

Share this article if you think Allison is right to support her son.