Stephen Padlo is only 11 years old but has already developed a love of collecting precious items made of glass and silver as well as interesting art pieces.

The youngster from Upper Pittsgrove, New Jersey, has a talent for spotting quality pieces so decided to take one of his pieces to show to an expert on the “Antiques Roadshow“.

One of the experts on the long-running show David Weiss met with Stephen and was clearly impressed with his skills at such a young age.

Weiss, who is Vice President of auction house Freeman’s and a specialist in paintings, prints, and sculptures, is an appraiser of paintings on the show. 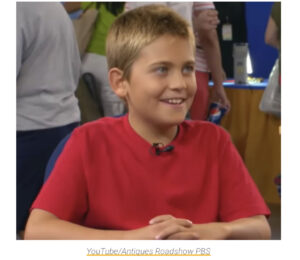 The young art collector told Weiss how he found the art piece.

“This piece was found at an auction down in South Jersey,” he said. “It was so hot there my dad didn’t want to stay to get it, but I wanted to so we waited an hour or so and I got it for two bucks.”

Weiss told the impressive youngster that the piece he had brought was most likely painted in the late quarter of the 19th century.

He was then asked about a signature of the painter that was very hard for the youngster to read – Stephen said he could only make out his first name ‘Albert’. 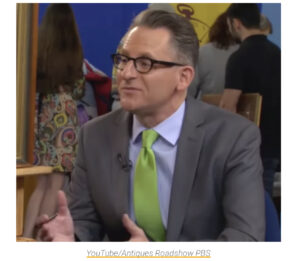 Art expert Weiss told him the painting was by the Dutch painter Albert Neuhuys, born in 1844, who was the most famous painter from the Laren school who specialized in painting farmers and weavers in their homes.

Weiss told the youngster he had a great career ahead of him as an art dealer before asking him what he thought it was worth, to which Stephen said he thought about $150.

Stephen was left speechless and indicated that his mind was completely blown by the amount. Watch his reaction in the clip below.

I love seeing this little boy’s face when he’s told how much his painting is worth. What a talented youngster he is.

Please share so more people can see this very young and talented art collector’s sweet reaction to the value of his painting. Not a bad deal considering he only paid $2 for it.