Cameron Diaz was the queen of romcoms and in the 90s with a string of award nominations under her belt and one of the highest paid Hollywood actresses, she had reached the top of her game.

But it was at that peak of stardom that she decided to step away from the limelight deciding that the life of a screen starlet was not for her.

The blonde bombshell had started her career as a model, signing with Elite model agency when she was just 16 years old and traveled around the world appearing in ads for Calvin Klein and Levi’s.

Five years later the California-born rising star auditioned for and secured a part in The Mask playing jazz singer Tina Carlyle opposite Jim Carey. She had no previous acting experience and started acting lessons after being cast.

From a model with no acting experience the then 21-year-old became an integral part of one of the highest-grossing movies of 1994, launching her as a much in demand actress.

For the next 20 years Diaz starred in over 40 movies averaging around three movies a year during the 90s. She appeared in everything from romantic comedies such as My Best Friend’s Wedding and There’s Something About Mary to critically acclaimed movies such as Being John Malkovich and Oliver Stone’s sports drama Any Given Sunday.

She received four Golden Globe nominations, was nominated for a BAFTA award and received three nominations for Screen Actors Guild Awards as well as securing a star on the Hollywood Walk of Fame.

But at the height of her career the then 40-year-old top-earning actress made a decision that would change the course of her life. 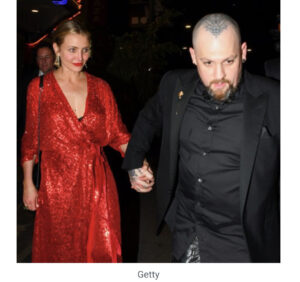 In an interview with comedian and actor Kevin Hart the Hollywood beauty admitted that she felt a need to manage her life on her terms.

“For me, I just really wanted to make my life manageable by me. My routine in a day is literally what I can manage to do by myself.”

She said that her career was just feeding ‘Cameron Diaz the machine’ and not herself, her spiritual side and she had to take a step back. 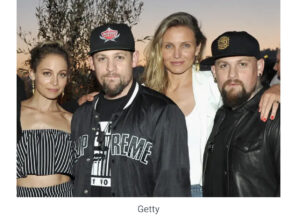 “I think you probably can relate to this,” Diaz said on Kevin’s show ‘Hart to Heart.’

She said stepping away from her career and only filling her day with what she could manage herself made her feel “whole” again.

Diaz had dated fellow Hollywood actors as well as musician Justin Timberlake but in 2014 she was introduced to Good Charlotte band’s lead guitarist Benji Madden.

The couple had been introduced 10 months earlier by Diaz’s close friend Nicole Richie who is married to Madden’s twin brother Joel Madden.

The following year the couple got married at Diaz’s home in Beverly Hills on January 5.

Diaz said while she met Joel Madden first, she was only attracted to the rockstar’s twin, asking herself “how come I didn’t see him before?”

The actress revealed to Hola.com she was instantly interested in Benji, “I saw him walking towards me and I was like, ‘Huh, he’s hot. I haven’t seen him before,’” however when she found out who he was she thought “Oh, you, you, you’re special. You’re the guy. You’re the hidden gem in my life.”

A long road to motherhood
Diaz’s last film was playing the iconic role of Miss Hannigan in Annie in 2014. Since then she has started a family welcoming daughter Raddix in December 2019.

Cameron Diaz was 47 when she gave birth, and many women have seen her as an inspiration – a beautiful example of late motherhood.

But according to people near the former movie star, Cameron and her husband tried for years before they finally had a daughter.

“They went through so much to get to this point,” a source said.

Diaz has completely removed herself from the spotlight but has ventured down other career avenues launching an organic wine brand Avaline with business partner Katherine Power.

But first and foremost Diaz devotes her time to being a family and the best parent she can be.

An insider said that 49-year-old Diaz wished to become a mom for so long, and now that she got her to wish, she “loves it more than she imagined” adding that the couple is the “perfect team” for parenting.

In an interview with Naomi Campbell, Diaz gave some insights into her new life and she talked about how her friends got married and had kids in their youth.

”I’m kind of doing it in the second half of my life,” she said.

But of course, she realizes that late motherhood comes with some challenges and she joked; “The only pressure for me now is I have to live to be, like, 107, you know? No pressure!”

Cameron Diaz’s story proves that all the money and success in the world doesn’t necessarily satisfy us and the basic principles of family are for many irreplaceable. I’m glad she has finally found happiness.