Carlos Santana dealt with a horrible childhood, says that ” Jesus saved him” after 7 suicide attempts

Most people know who Carlos Santana and his iconic guitar playing. The 10-time Grammy award winner can look back on a fantastic and successful career.

But it was far from given that Carlos Santana would succeed in life. Behind the star status and millions of dollars, Carlos has a story that not everyone knows about … 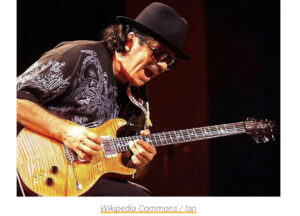 Carlos grew up in a small coastal town in Mexico called Autlán de Navarro. Living together with his parents and his six brothers and sisters, Carlos liked to make paper boats and watch them sail down the street when it rained … until he found music.

He learned to play violin at the age of 5. His father was a mariachi musician and became Carlos’s teacher.

“I felt like I could get away with more. I don’t know if it’s because I was lighter in skin, like my mom, or he knew I was going to be a musician. He was less tolerant with everyone else, but he would give me just a little bit more clutch not to grind the gears, you know. And I needed it,” Carlos told Rolling Stone.

However, Carlos’s father left the family to live with another woman. Carlos continued to play music and eventually learned to play guitar. As he got a little older, the family moved to San Francisco and, after that, his career began to take off. 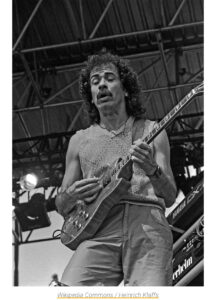 He started his own band and played at clubs – which also helped him support his family financially.

But success also had a price. The downside to his breakthrough in the music industry would soon be evident – in the 1960s Carlos began to fill his life with drugs and alcohol.

In the 1970s, he appeared to be lost and didn’t know how to fill the hole he felt within himself. Together with his new wife, Deborah, they sought a spiritual guru. It ended up with the couple joining a cult and Carlos became a follower of Guru Sri Chinmoy.

That lasted for nine years, until, in 1981, Carlos decided to leave the cult.

After leaving the group it seems Sri Chinmoy “was pretty vindictive,” Santana recalls. 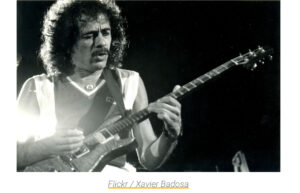 “He told all my friends not to call me again, because I was too drunk in the dark sea of ​​ignorance to leave him.”

Despite all this Santana still claims “It was a good learning experience.”

In the 1990s, Carlos turned to Jesus instead and decided to get baptized.

Unfortunately, his newfound faith could not save his marriage. After 34 years together, Carlos and Deborah divorced in 2007. The devastating breakup crushed Carlos completely and he thought about taking his own life.

“It got to the point where I really thought that death would be sweeter than pain,” Carlos shared.

“But then I would look at a picture of Jesus and say, ‘Help me,’ and then, very clearly, inwardly, I would hear this one voice that’s softer and louder than all the others. And it would say, ‘I am sitting next to you. Isn’t that enough? ” Once I heard that voice, something would shift, and I’d be able to find joy again.” 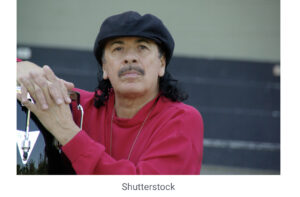 Fortunately, Carlos once again found his inner strength – and love. He fell in love with drummer Cindy Blackman and proposed to her during a concert of the Universal Tone Tour at Tinley Park on July 9, 2010.

The two were married in December 2010 and today his faith is stronger than ever.

Despite all the difficulties, hardships and challenges in life, the 72-year-old guitar legend found balance in life. With the help of God’s grace, the burden of his past was finally lifted. 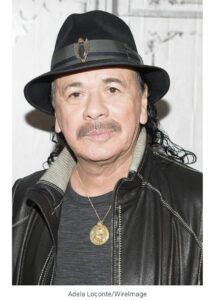 “I was able to remove the anger by forgiving that man …. Forgiveness, man, forgiveness is incredibly liberating. And I’m here to tell you, with all my heart and spirit, that it can be done. Friday,” Santana said in an interview with Rolling Stone in October 2008.

Carlos even had plans to retire as a musician in 2015 so that he could become a pastor.

He wanted to help people who had experienced difficulties. As Carlos puts it: “God is not done with me.” 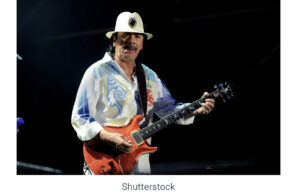 Thank you for sharing your wonderful story – Carlos Santana – we’re sending all our happiness and blessings!