Céline Dion has struggled with health problems in the last few years. She’s had severe and persistent muscle spasms, which forced her to withdraw from performing and cancel many dates for her Courage World Tour.

In January 2022, she canceled more gigs on the North American leg of her world tour. Instead, the star has focussed on getting better and resting at her Las Vegas home, and the plan was to continue the world tour in 2023.

But now, Céline Dion, once again, gives a very sad health update. The beloved Canadian singer shared an emotional statement Thursday, announcing that she suffers from a rare neurological disorder. 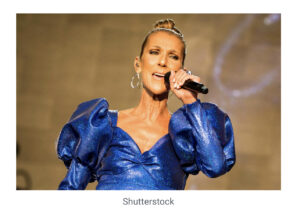 Céline Dion has had a long and very successful career. However, the last year has been challenging, as she suffered serious health problems.

Céline Dion – health struggles
In November 2021, Dion was set to once again take to the Las Vegas stage for her brand-new show at Resorts World Las Vegas. Kicking off her return were ten planned performances on the most significant and tallest stage in all of “Sin City.”

However, her comeback to the Las Vegas stage was hit with a significant setback.

As per reports, Dion recently received treatment for severe and persistent muscle spasms. The “unforeseen medical symptoms” forced her to cancel several concert dates in Las Vegas, first in November last year and then from January 19 to February 5, 2022.

“Celine has been experiencing severe and persistent muscle spasms which are preventing her from performing,” the statement read.

“Her medical team continues to evaluate and treat her. However, the symptoms she is experiencing are prohibiting her from participating in the ongoing rehearsals for the new show.” 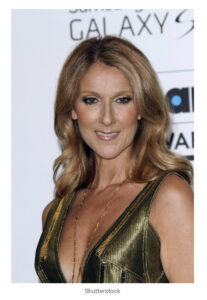 “My team and I have been working on our new show for the past eight months, and to not be able to open this November saddens me beyond words. My partners at Resorts World Las Vegas and AEG have been working around the clock to get this brand-new state-of-the-art theater ready, and it’s absolutely beautiful,” the 54-year-old singer wrote.

“I need to be in top shape”
“I feel so bad that I’m letting them down, and I’m especially sorry for disappointing all the fans who’ve been making their plans to come to Las Vegas. Now, I have to focus on getting better… I want to get through this as soon as I can – Celine.”

In November 2021, her sister, Claudette Dion, opened up about Céline’s health issues.

“What’s happening to her is sad. But it’s not serious, otherwise she would have told me. Celine always confides in me and asks for advice when something is wrong. I know she’s in good spirit,” she told the French magazine Voici.

Céline Dion was then forced to cancel her Las Vegas residency and World Tour.

“I need to be in top shape when I’m on stage,” she said in April.

“Honestly I can’t wait, but I’m just not there yet. … I wanted you to know that I’m sorry for this news. I know you’ve all waited so long for the concerts, and I appreciate your loyalty.”

“All I can say is that I’m doing my very best to get back to the level that I need to be so that I can give 100% at my shows because that’s what you deserve,” she added, overcome with emotion. 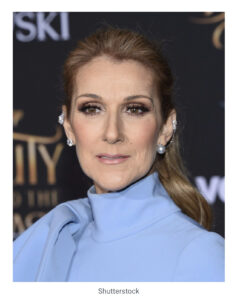 Céline Dion suffers from a rare neurological disorder
Céline was initially scheduled to undergo the European leg of her world tour. In the end, though, she simply couldn’t; the muscle spasms made it impossible for her to continue.

Fans all over the world have been praying for her to get better. The 2023 spring dates of the European leg of her world tour were set to go on as scheduled. However, on Thursday, Dion shared a new, sad health update.

In a video on her Instagram page, Céline Dion announced that she is suffering from a rare neurological disorder called Stiff Person Syndrome (SPS), which causes muscles to seize up uncontrollably. The incurable condition forces her to cancel the tour.

“As you know, I’ve always been an open book, and I wasn’t ready to say anything before, but I’m ready now. I’ve been dealing with problems with my health for a long time, and it’s been really difficult for me to face my challenges and to talk about everything that I’ve been going through,” a tearful Céline Dion said. 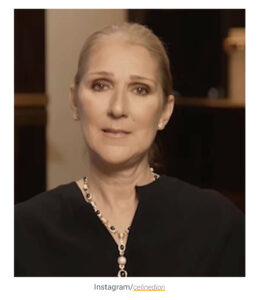 “Recently, I’ve been diagnosed with a very rare neurological disorder called the stiff person syndrome, which affects 1 in a million people. While we’re still learning about this rare condition, we now know this is what’s been causing all the spasms I’ve been having.”

Céline Dion shares emotional update
She continued by saying that the spasms affect her daily life to such an extent that she has difficulty walking. Moreover, it doesn’t allow her to use her vocal cords to sing like she used to.

Céline Dion added that she is working with a team of doctors to help her get better, as well as a sports medicine therapist to “build back my strength and my ability to perform again.”

Dion admits it’s been a struggle.

“All I know is singing is what I’ve done all my life, and it’s what I love to do the most. I miss you so much, I miss seeing all of you being on the stage performing for you,” she said, thanking all her fans for their support.

“I want to thank you so much for your wishes and love, and support on my social media. This means a lot to me. Take care of yourselves. Be well. I love you guys so much, and I really hope I can see you again real soon.”

Céline Dion has sold more than 220 million albums throughout her career. In 2003, she began a four-year Las Vegas residency, which became the most successful of all time, grossing more than $385 million. 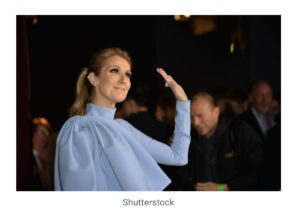 In 2011, she returned to the Las Vegas stage for a residency at Ceasar’s Palace. According to Billboard, her 1,141 performances set a new world record – Dion also holds the records for the two best-selling residencies of all time.

Lost out on over $70 million of revenue
The two previous Las Vegas residencies alone earned her $680 million. Her net worth is reported to be around $800 million – and in 2019, she made $37 million.

However, the muscle spasm problems and her canceled residency shows have apparently become a financial nightmare for Celine. As reported by gaming website SlotsUp, the My Heart Will Go On star has lost out on over $70 million of revenue, based on her earnings for the Celine residency show.

We send all our love and prayers to Céline Dion. Please, share this article on Facebook to honor her!