Being able to walk, pick things up with our hands and turn our heads at will are things many of us take for granted. And yet, for some people in the world, those everyday things are mere dreams.

Abby and Brittany Hensel were born as conjoined twins and became world-famous after appearing on Oprah Winfrey at 6 years of age.

The Hensel twins have gone through a lot, having to deal with widespread prejudice and looks from people when walking in town. However, they never let anyone stand in their way of living their lives exactly the way they wanted to.

Today, Abby and Brittany are 30 years of age – and have found themselves in a very specific profession. 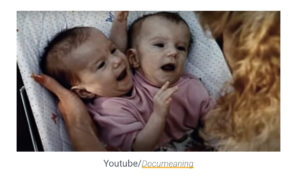 It’s all too easy to complain about the small things in life. Maybe the coffee was a little bit cold this morning, the lights took too long to turn green on the drive to work, it was too warm at the mall or there were too many people in line at the grocery store.

Abby and Brittany Hensel – famous conjoined twins
Now, it’s normal to complain about small things like that, but it’s also important for all of us to take a step back once in a while and actually appreciate what we have.

For most of us, being able to go out for a run or carry things with both arms is nothing more than the way it’s always been. For some, mind, it hasn’t been that easy, take for example those who have only one arm or one leg.

Then there are people that have had even bigger obstacles to conquer. Two such are twins Abby and Brittany Hensel, American girls that were born as conjoined twins.

The twins were born with one body and two heads. Right from the start, their parents knew that Abby and Brittany’s lives were destined to be very different.

However, they have been determined to live a normal life like anyone else, though theirs has come with special challenges.

So what are they up to now? Here’s all you need to know! 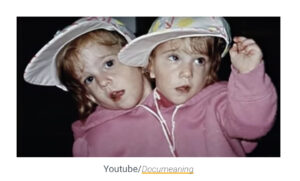 To start with, conjoined twins are a very rare event in delivery rooms all over the world. According to Time, they occur about once in every 50,000 births, with 40 percent of those resulting in stillborn births. Furthermore, 70 percent are said to be female.

Abby and Brittany Hensel – childhood photos
Conjoined twins are always identical twins since they are from one single egg. In such a case, however, the egg has failed to divide fully into separate twins during its first weeks, and the result is that the twins are left conjoined.

The most common configuration for conjoined twins is a connection at the chest and abdomen.

Though very rare, it does happen. In 1990, parents Patty and Mike Hensel came to know what it was like.

On March 7, 1990, Patty was in labor with what she thought was her and Mike’s first child. Initially, there were no signs that there was anything unusual with her pregnancy. The ultrasound had been normal – later on, the doctor discovered that their heads must have been aligned during the sonogram.

When it came time for the birth, doctors delivered what everyone thought was one baby. First came the legs, then the body, then the arms. After two heads came out, though, Dr. Joy Westerdahl explained that everyone stood silent for 30 seconds. 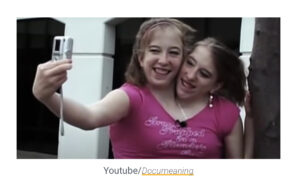 “They had a pretty crude way of telling me,” father Mike Hensel recalled. “They said, ‘They’ve got one body and two heads.’”

Patty was still under sedation and only heard the word “Siamese”. She couldn’t understand it.

Share many organs – but separate urges
Abby and Brittany were transferred to another hospital to make sure that they were healthy – thankfully, they were doing great, relatively speaking.

The Hensel twins underwent surgery at four months old to remove the third arm between their heads. Other than that, they have been able to live as normal lives as possible.

Of course, since they have two heads, some things are pretty different.

Patty explained that, for example, Brittany is more inclined to catch colds and coughs. Since their circulation is linked, one of them can take medicine to fight an ear infection and her twin will also be simultaneously cured.

As a result of this, they only need one shot when they’re being vaccinated against something, and they share many organs such as the liver, reproductive system, and bladder. However, their nervous systems are dissimilar and so they experience separate feelings of hunger, as well as separate urges to urinate and sleep.

Abby and Brittany grew up in a small midwest town where everyone knew them. When Life Magazine first did a piece on Abby and Brittany, their parents made sure to shield their beloved children from the media.

They also took pains not to disclose which town they were living in.

Different dream jobs growing up
One might think that the girls’ early life would be a very tough one, since they couldn’t do everything that other children could. But it didn’t take long before everyone around them understood that they were just like any other kid.

At 15 months, Brittany and Abby learned how to walk, and later moved on to swim and ride a bike.

There have been several famous cases of conjoined twins who have been separated in the past. Indeed, Patty and Mike considered the operation when their twins were born, until doctors told them that the chance of Abby and Brittany surviving was small.

As they grew up, their parents worried about what was going to happen to them once they reached adolescence. They agreed that should the twins want to go through with an operation to separate from one another, they’d explore the possibility.

However, it turned out that Abby and Brittany loved life as conjoined twins. As an adult, Abby wanted to be a dentist, while Brittany wanted to become a pilot.

“It’s gonna be kind of hard in the cockpit when one’s flying and the other one’s working on someone’s teeth,” their father Mike joked. “They are already asking if they might someday find a husband.”

He continued: “They’re good-looking girls, they’re witty, they’ve got everything going for them, except… they’re together.”

Abby and Brittany Hensel – reality series
At just 6 years of age, Abby and Brittany Hensel became famous worldwide. The two appeared on an episode of the Oprah Winfrey Show in 1996 which sparked their fame. In 2012, the twins then got their own reality television show called Abby & Brittany, showcasing their lives to the world.

Cameras followed them around as they graduated from Bethel University in St. Paul, Minnesota. The show also covered their search for jobs, as well as a trip to Europe.

Though many might think it’s strange for one person to effectively have two heads, Abby and Brittany have been able to show that they are just like any other person. They have their own personalities and interests, and most importantly, they have been able to help the world understand what their everyday life looks like.

On their 16th birthday, they passed their driving test with both of them behind the wheel. So how does that work?

“Abby does the pedals and the gear shifter,” Brittany told the Daily Mail at the time. “I take over the blinkers and the lights. But she likes driving faster than me.”

Just as any other regular teenagers, Abby and Brittany thought about the future, considered maybe getting married and having children. At the same time, they also valued their privacy. 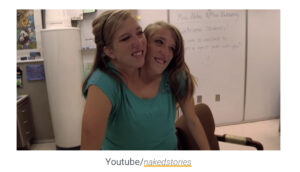 “The whole world doesn’t need to know who we are seeing, what we are doing, and when we are going to do it,” Brittany said. “But believe me, we are totally different people.”

Abby and Brittany – everyday life
“Yeah, we are going to be mums one day, but we don’t want to talk about how it’s going to work yet,” Abby added.

In 2013 – one year after their TLC series ended – the twins spoke with BBC about their lives. At the time, the two had set their sights on being primary school teachers, in the field of mathematics.

So how does their everyday life really work? Well, Abby and Brittany have been forced to compromise on certain things. For example, what foods they are going to eat, what clothes to wear and how they manage their social lives.

Interestingly, Brittany is scared of heights, though Abby’s not.

“We definitely have different styles,” Abby said about their taste of clothes. “Brittany’s a lot more like neutrals and pearls and stuff like that and I would rather have it be more fun and bright and colorful.”

These days, Abby and Brittany are living their dream of working as teachers of a 5th-grade class at Sunnyside Elementary school, Minnesota. Even though they have two licenses, they’ve had to come to a curious agreement regarding their salary. 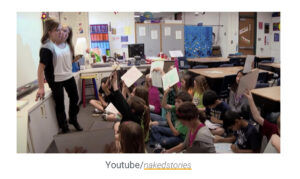 “Obviously right away we understand that we are going to get one salary because we’re doing the job of one person,” Abby explained.

“As maybe experience comes in we’d like to negotiate a little bit, considering we have two degrees and because we are able to give two different perspectives or teach in two different ways.”

This is Abby and Brittany today – pictures
“One can be teaching and one can be monitoring and answering questions,” Brittany added. “So in that sense, we can do more than one person.”

So was there ever a problem for the school that Abby and Brittany were conjoined?

“We had concerns about the student would respond because it’s such a unique and special situation. It was really important for us to give the students that exposure visually and we had an open Q&A for them,” the school supervisor Gerri said.

School principal, Mr. Moberg added: “I would not hesitate in a minute to put them in a classroom. and hire them.”

“There’s no question in my mind that they will change the world for the better and influence lives in a way, as an individual as myself, would never be able to do.”

Abby and Brittany Hensel have made it through plenty. As of now, they’re inspiring people all over the world. Not only are they great teachers and role models – but also kind and sweet human beings.