Having your father around in your life is necessary for you to grow up feeling secure. And if you have the luck of having a father who is heavily involved in your life, then you are geared towards success.

Actor Dean Cain made sure he was the kind of father who was always there for his son, no matter what. Even if it meant giving up his successful career.

Dean Cain is a very familiar face. The actor has been a staple on our screens for years, playing superman or hosting our favorite reality show. But becoming an actor was not his first choice, he wanted to be a football player. A knee injury ended his career early on, and this is when he turned to football.

The actor is best known for his breakout role in the 1993 “Lois & Clark: The New Adventures of Superman,” after which he landed a lot of leading and major roles. 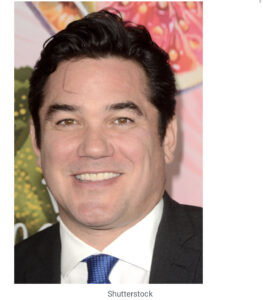 Cain was born Dean George Tanaka on July 31, 1966, in Michigan. His biological parents are Sharon Tanaka and Roger Tanaka but the story of who raised Cain is interesting.

His biological father abandoned his family just after two years of marriage to Cain’s mother. When he was three years old, however, his mother moved on and remarried. She married director Christopher Cain, who legally adopted both Dean Cain and his brother.

Dean legally changed his last name to Cain. And of his biological father, he said, “My biological father is Japanese. I never knew him, never met him.” Showing that he did not share a relationship with his birth father.

It was reported that Roger Tanaka; Dean Cain’s birth father moved on and remarried in 1982 but apparently, he never tried to reconcile his relationship with his two sons.

Cain was known for being a lady’s man and did not want to get tied down from what it seemed. However, he became a father in June 2000, when his ex-girlfriend, Samantha Torres who was formerly a model and Playboy Playmate gave birth to their son.

He named his son Christopher to honor his adoptive father. He was incredibly happy at finally becoming a father but his relationship with his son’s mother deteriorated further which lead the couple to fight for custody of their child.

But Cain was not one to give up too easily and made sure he fought as hard as he could for his son’s custody. And in 2011, his efforts paid off as he was awarded sole custody of his son.

In terms of his parenting, Cain is incredibly hands-on. He cooks all of his son’s meals. He said in an interview, “I cook every meal for my child. If I don’t cook, he doesn’t eat. I cook a very mean steak. I’m also very good at taking the nine leftovers I have and turning it into something.”

He makes sure he is constantly there for his son. But this did not come easy, the actor had to make a lot of difficult decisions and learn the hard way. He struggled between choosing his work over commitments that involved his son like PTA meetings. But in the end, he reasoned that his son’s well-being came above everything. 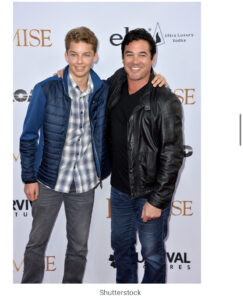 Being his son’s primary caretaker was not easy but Cain made sure he did everything he could to put his son’s needs above his. It was difficult for him to do everything and juggle his commitments as a writer, producer, director, talk show host, and political analyst with his parenting duties but he managed.

It wasn’t until his son was 18 and graduated from high school that Cain took on leading roles once again. While fans were confused about why the actor was turning down roles, he made it clear that his son’s well-being came first.

He made sure he attended his son Christopher’s football games or jujitsu tournaments. In an interview, the actor once said, “I’m there. I’m a very present father, and I would never do it otherwise. I’m blessed to be able to have the ability to do so many different things and yet still be a father first.”

Cain’s practice of putting his son’s needs above his and being a parent before he was an actor definitely paid off considering the close relationship he has with his son.

Cain routinely posts pictures of his son on his Instagram account. Dean took his son on a tour of Princeton, which was his alma mater to show his son his roots.

The father-son duo seems to take a lot of trips together and have a great time in general in each other’s company if their Instagram photos together are anything to go by.

Christopher Cain also has two half-siblings from his mother. Elijah and Isabelle are twins who spend a lot of time with their big brother and often drop by the Cain household. In fact, Cain said, “I’d do anything for those two. It can be defined as a broken home, but if you hang out at our house, that’s the last thing you’ll think.”

This shows how much Cain appreciates children and would go to any lengths for them.

Cain thinks he has done a great job when it comes to his relationship with his son. And he genuinely enjoys his son’s company and presence in his life, “My best day would be just to wake up, and me and my son have a great day at home,” he says.

This father and son duo really shares an enviable and strong bond. We wish them both the very best for their future!

Share the story of Dean Cain’s inspiring journey of fatherhood with your friends and family.