All love stories are special and offer a wonderful escapism, giving hope to us all, but very few stay with us.

Raymond and Velva Breuer’s unforgettable love story is one that’s got the whole nation talking.

Raymond and Velva spent most of their lives together. They grew up in the same city, were in the same class in elementary school and graduated from the same high school.

In trying to get Velva’s attention Raymond didn’t leave the best first impression when he tapped her with a hot poker, he didn’t realize was hot, leaving her with a scar.

“She married me to get even with me,” Raymond said at a celebration for his 77th wedding anniversary, according to The Herald. 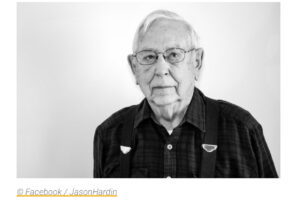 But despite this disastrous start, the couple, who grew up near each other in Phelps County, Missouri, married in 1940.

Everyone who knew them was completely taken by the love they had for each other and their family. 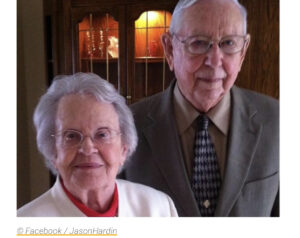 “They always held hands when they sat in the front row of the church,” pastor Cheri Reisch told The Columbia Tribune.

“They never left each other’s side. It was true love.”

They were both avid readers
Raymond and Velva were fortunate that they both stayed fit and healthy, even keeping their minds active with their love of reading.

Even when Velva was sent to Lenoir Woods Rehab Center, Raymond followed so they wouldn’t be apart. 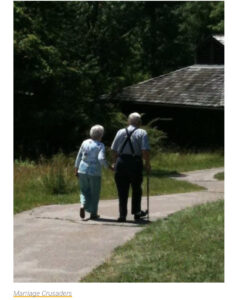 Marriage Crusaders
“Dad told one of the nurses before he passed, that if they went close together, that they should just be buried together, in the same casket,” Bobby Breuer, his son, said to the Columbia Tribune.

“Jokingly, I think. But other people heard it and we asked the funeral director.”

Together forever
Just 30 hours later, Velma joined her beloved in heaven. Raymond was 97 and Velma was 96.

When the family began planning the funeral, they remembered what their father had said about burying them together.

Even though he said it jokingly, the family knew it would be the perfect way for them to stay together forever.

The couple were buried together in one casket, holding hands. 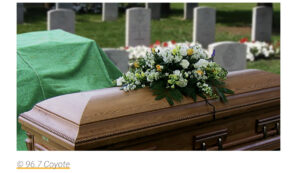 Although the family were devastated at the loss of their beloved parents, they knew they were respecting their wishes.

They spent almost eight decades together; it’s only right they should stay together in passing.