A father was completely appalled with his daughter’s reaction to some “stupid teenage ‘he said she said’ nonsense.” He believed he needed to take some extreme measures to teach his daughter a lesson. But some believed the father went too far and told him: “Your daughter is a bully because you are a bully.” As the father spoke about the incident, he said, “My ex-wife and I have a 16-year-old daughter together of which I have full custody (she has moved on with her new family)… My daughter recently got in trouble at school for making fun of a student that lost her hair from cancer treatment. Including pulling off her wig.”

“Apparently there is some pre-existing bad blood between the two of them, but I don’t think that even begins to excuse her behavior,” the father wrote in a post that was later deleted. 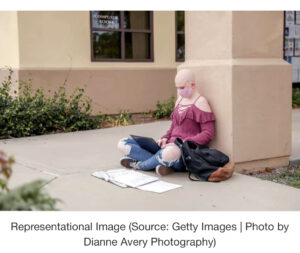 The father revealed that his daughter was dating the other girl’s ex-boyfriend, and this stirred up some tension between both of them. “At some point the other girl mentioned how my daughter’s boyfriend was just using her for sex (this was actually a big shock to me as I had no idea she was sexually active) and called my daughter a sl*t,” the father told CafeMom. “That’s what escalated the situation and resulted in the wig incident. Supposedly they have been arguing in class ever since my daughter started dating the guy in question. Basically just stupid teenage ‘he said she said’ nonsense.”

In his post, the father revealed that he gave his daughter two options to choose from. The first: “I will throwaway every single piece of electronics she owns and never buy her another again (this was just to coerce her into choosing option 2). And the second: “She will go to the hairdresser and get a cue ball haircut. As in, a completely shaved head, as bald as the hairdresser can do.”

The daughter went for the second option, which meant she had to go to school with a bald head and wasn’t allowed to wear a wig either. “…Everyone thinks I went way overboard. Her mother went ballistic at me saying it will make her the target of bullying (kind of the point, teach her some compassion),” the father said. Although the father believed his method was fit to punish his daughter for her “inexcusable” behavior, his post received mixed reactions on the internet. 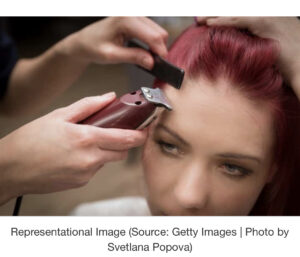 “Your daughter is a bully because you are a bully,” said one person. “I seriously doubt this is the first time you used abuse and humiliation to ‘teach her a lesson.'”

ADVERTISEMENT
On the otherhand, one user who agreed with the father wrote, “I support your decision completely. You’re her parent so you have every right to do this, it’s not abusive, it’s real life. If she’s comfortable attacking someone for something they have no choice over she needs to see how it feels.”

“This is an appropriate punishment for that behavior that will hopefully result in one child being compassionate and thinking empathetically before they start bullying people,” added another.

ADVERTISEMENT
One user wrote, “She will see what kind of impact actions like hers have on the victim and that will teach her a very important lesson.”