The Mighty Ducks was a huge success when it premiered in 1992 – the iconic Disney sports film inspired two sequels and also led to the creation of the Anaheim Ducks of the National Hockey League.

The movie concentrates on a youth league hockey team and made a lot of child actors famous overnight. One of them, Shaun Weiss, starred as the goalie Greg Goldberg and he played a key part in the film.

Unfortunately, Shaun’s breakout role changed his life forever, and not necessarily for the better… 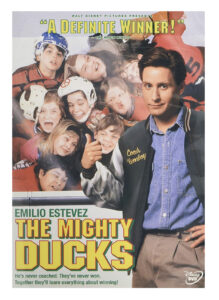 There have been countless child actors starring in all manner of TV series and films. For many of these children, their lives are changed forever. Shaun Weiss knows all about this.

In the early 90s, he received a lot of praise for his humorous portrayal of goalkeeper Greg Goldberg in the Disney comedy franchise The Mighty Ducks. But when the police released a mugshot on the former child actor in January 2020, no one laughed anymore. 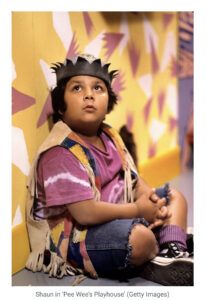 Shaun, born in 1978 and raised in Detroit, Michigan, got his first major role when he appeared as Elvis on Pee-wee’s Playhouse. The show ran from 1986 to 1990 and during this time, Shaun also appeared in several commercials.

But it was as the hilarious and chubby goaltender Greg Goldberg he would get his breakthrough. After two Mighty Ducks movies, Shaun Weiss was cast in another Disney movie, Heavyweights.

There he starred as Josh Birnbaum, one of the kids who is sent to a fat camp, run by fitness guru Tony Perkis (Ben Stiller). After Heavyweights, Shaun’s career went downhill, though he landed a recurring role on the short-lived NBC drama Freaks and Geek and made guest appearances in other famous TV series. 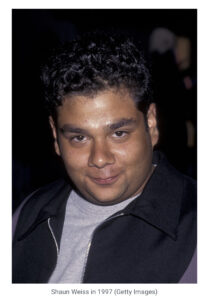 But he had a hard time achieving greater success in Hollywood. Instead, the former child star became known for run-ins with law enforcement.

In July 2017, he was sentenced to 150 days in the Los Angeles County Jail but was released after just 12 days behind bars, due to overcrowding. 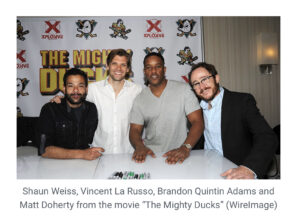 Just days after being released, he was once again caught by the police. He was arrested for illegal possession and it was obvious that Shaun was struggling with major problems.

The actor, fighting diabetes and other life-threatening issues, told fans in an honest Facebook post that he had “surrendered to the reality that without immediate treatment my life is in eminant (sic) danger.” 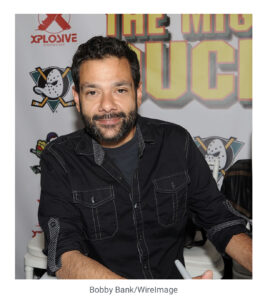 He also stated that he was “determined to return to my old self” and his “mind is set on health and well being.”

In 2020, the police in Northern California got a call about a man who had shattered a car window and was sitting in the vehicle. When officers got to the scene, they found Shaun Weiss.

After releasing a mugshot of the former child star, people were stunned. Shaun was completely unrecognizable and marked by years of addiction. 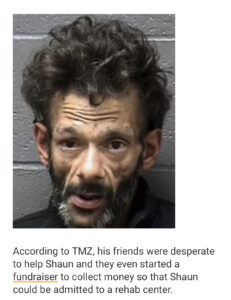 Finally, in 2020, the troubled child star was sent to rehab. He was court-ordered to participate in a 90-day program to get sober. No one really knew what would happen to the struggling ex-actor, but it turned out that rehabilitation was exactly what Shaun needed.

After completing his recovery plan in Quest 2 Recovery in Lancaster, his criminal case from 2020 was dismissed.

During this time, his loyal friends also ensured that Shaun could get a full set of teeth, as his oral health had been declining greatly over the years.

“Shaun demonstrated perseverance during his recovery complicated by the COVID-19 pandemic. He had to move treatment and transitional programs on several occasions. He underwent dental reconstructive surgery, and had a close family member suffer a serious accident during his treatment,” the Yuba County District Attorney Office said, according to The Sacramento Bee.

“Shaun regained employment and has been traveling across the country making guest appearances and signing autographs,” the statement said.

Fast-forward a year, and it’s incredible to see what a transformation Shaun has undergone. In January 2022, he took to Instagram to celebrate having reached one year of sobriety.

Shaun showed the world that it is possible to change your life with some amazing before-and-after photos. He has undoubtedly gone through hell over the years, but it seems that the former child star is finally on the right track.

”A journey of a thousand miles begins with 12 amazing steps,” Shaun wrote.

Shaun continues to make progress, and he looks better and better with each passing week. Hopefully, he can get the support and help he needs to continue on the positive path he has taken in his life.

”Moving to sober living was nerve-racking as there are a lot of roommates constantly on top of each other. But he’s thriving in his growth and making the best of it,” his friend and advocate, Drew Gallagher, told PEOPLE in 2020.

Shaun’s stunning transformation has not gone unnoticed. Emilio Estevez, who played Coach Gordon Bombay in Mighty Ducks, was recently interviewed by Yahoo and said he was “terribly proud” of his former co-star.

“Sean’s journey has been a very personal journey for him,” Estevez said and continued: “I do hold him in high regard and I know getting sober for him is obviously a big deal.” 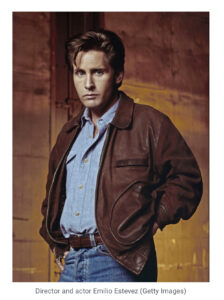 Estevez has lately been starring in The Mighty Ducks: Game Changers, a series aired in 2021 on Disney+. The series has been renewed and Estevez said he would like to work with more actors from the original cast.

”Steve Brill, the original creator of [‘The Mighty Ducks’], and I like to say that the door is always open to any of the Original Ducks to join us,” he explained. “Once an OD always an OD.”

Congratulations, Shaun! What an amazing accomplishment! I hope you are so proud of yourself because you should be!! ❤️