Girl,4, accidentally hangs herself from tree in freak accident just days after becoming a big sis to baby twins

Four-year-old Freya Thorpe was out playing near her house when she accidentally hung herself in a tree before passing away two days later.

About 10 days before the little girl lost her life, Freya had just become an older sister to her twin siblings, and she was already proving to be a doting big sister to them before the unfortunate incident took place. While she was playing outside a neighbor’s home in Upper Heyford, Oxon in the UK, Freya had parked her bike and then began climbing a tree. At some point, the straps of her pink unicorn cycle helmet got caught in the tree, and began strangling the child.

“Due to the sheer nature of the tree bark, not channeled or grooved as some bark is, it would have been a bit slippery to climb without appropriate footwear,” said Detective constable Bryn Smith, as reported by the Daily Mail. “This was nothing more than a child climbing a tree, perhaps losing her footing resulting in her helmet getting stuck in a branch and the helmet straps strangling her. It is cruel and it is unfair but this appears to be a terrible accident.”

More than a year has passed since little Freya death in the hospital in September, 2019, two days after the freak accident. But her mother, Elise Thorpe still suffers “terrible pain and flashbacks” from the incident. 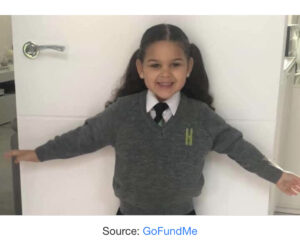 “I am a broken individual, caught in a hellstorm of grief,” the mother wrote on Facebook, as quoted by The Sun. “We live every day and night in hell, torture, sheer shock and grief that cant be comprehended.”

In the days that led up to the devastating day, she and her partner Chris were on “cloud nine” after the family welcomed twins. The mood in the house quickly took a turn and Elise still remembers the panic she felt when she saw an ambulance at the end of the road on the sad September day. 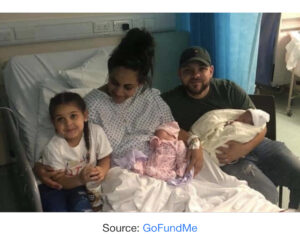 Soon, Chris walked into the house and said, “Freya’s hung herself in a tree.”

What followed were hours spent in the hospital, sitting in agony over whether they would go back home with their little girl alive. “Imagine being in your home so happy and on top of the world one minute and then in space of a second; never to return home again to a house,” the mother shared.

After two days in the hospital, Freya was pronounced dead, marking the beginning of “a life sentence of hell” for the grieving mother.

“I have never been more suicidal in my life,” Elise shared. “I wake up to the same daily routine, I’m frightened to sleep for nightmares, frightened to wake to the terrible pain and flashbacks.”

As she watches Freya’s little brother and sister grow, Elisa said, “I see traits of Freya in them, characteristics and looks and all without Freya by their side. We are incomplete. Every milestone, birthday, Christmas.. wondering how she would have looked and what she would have become is torture.”

“Had I not given birth only 10 days before we would have taken our lives in the hospital that night, without a shadow of a doubt,” added the heartbroken mother.

The grief was made even more unbearable when Elise started seeing people troll them and question their parenting skills. “We have… experienced scrutiny and abuse from people who asked ‘Where were the parents? How could they let her out alone!?’” Elise admitted.

ADVERTISEMENT
The mother went on to say, “We gave Freya love and a life us as children could have only dreamt of – she was and still is, our world… I wonder if we ever can as we’re destroyed; but for the twins’ sake we will one day hopefully find a way.” 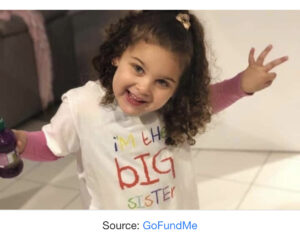