Harry inherited mom Diana’s sapphire engagement ring, only to later give it to William for Kate

Even though recently the brothers have had a strained relationship, in the past, they were incredibly close. The brothers, however, share a bond that is unbreakable, and recently it has been seen that they might be trying to mend it. 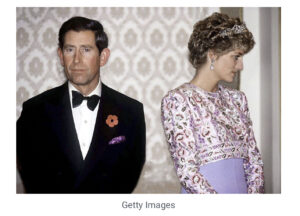 When Prince Charles proposed to Diana in 1981, he did not have a ring made. Instead, he asked her to choose one for herself, upon which she chose a striking sapphire piece.

Diana was fond of that piece of jewelry even though it was reported that the Royal Family did not like it as much. She wore the ring out of respect for her sons till right before her death in 1997.

After Diana’s death, both her sons inherited her things. While William inherited a watch that had belonged to their mother, Harry inherited her famed engagement ring. However, when William decided to propose to Kate Middleton, both brothers swapped their inherited items with one another so that William could propose to Kate with the same ring. 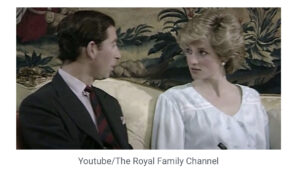 When Charles had proposed to Diana, she had said yes before the couple had even gotten an engagement ring sorted. Diana chose her own ring in February 1981. Charles showed Diana a tray of rings from the crown jeweler at the time, Garrard. She chose a gorgeous piece, 2-carat Ceylon sapphire stone ring surrounded by 14 diamonds set in 18-carat white gold.

Some members of the royal family looked down upon the ring as it was in the jeweler’s catalog and hence was not ‘bespoke.’ They thought the ring was much too common. However, Diana clearly loved her decision seeing as how she wore the ring even well after her divorce from Charles.

It was announced by then British Prime Minister John Major in 1992, that Charles and Diana were separating. Two years later, Charles admitted to being unfaithful in an interview. 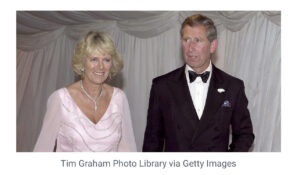 Diana accepted the divorce on February 29, 1996, via a statement from her spokesperson. With the divorce, she gave up any claims to the throne, and the stylings of HRH but retained her title as the Princess of Wales.

The couple’s divorce settlement was of course extensive and Diana walked away with quite a lot which included keeping her apartments at the palace, access to the royal jets, and permission to use the state apartments at St. James’s Palace for entertaining guests. 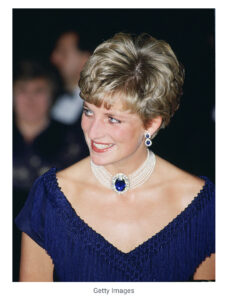 Instead of monthly alimony payments, Diana settled for one lump sum payment. She also shared custody of her children. Losing her HRH status, meant she would have to curtesy to her own children which bothered the former Princess of Wales. Upon seeing his mother upset, William famously promised to give his mother her HRH title back once he became King.

The divorce was finally made final on August 28, 1996. Even after the divorce, Diana wore her engagement ring to be respectful to her young sons.

The last Princess of Wales wore the rings for the last time in public on September 5, 1996. Her fingers were noticeably bare of the rings at a movie premier she attended in London just a few days afterward. 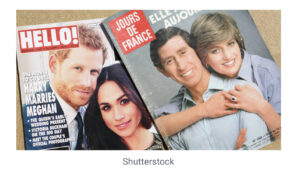 And not soon after, on August 31, 1997, Diana lost her life in a fatal car crash. The crash also claimed the life of her boyfriend at the time, Dodi Fayed, and the driver.

Prince Harry and Prince William recalled the moment they found out about their mother’s death in Paris and how numb they felt. Harry recalls feelings of ‘disbelief’ while William questioned the unfairness of it all, by saying ‘why me?’

After her death, it was reported that Diana left her sons $10 million after taxes. They started to receive annual dividends on that amount after their 25th birthday. 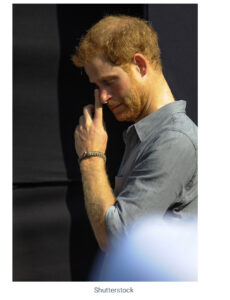 The instructions she left stated that the boys get the full amount when they turn thirty years old, and when Harry turned 30 years old, it was reported he received over £10 million from her estate.

The boys were also asked to choose items from her collection after she had passed. Harry chose her ring while William chose a Cartier watch their mother had favored.

Prince William first met Kate Middleton when both of them were freshmen at St. Andrews University. Both of them were studying art history and would often run into one another which became the basis of their friendship. 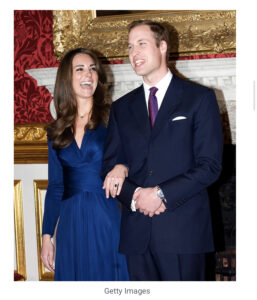 The two of them started to develop feelings for one another that went beyond friendship. And after a year of dating, people began waiting for them to get engaged. However, about four years after their relationship, William called Kate and broke up with her on the phone.

The couple confirmed that they had broken up after they graduated from university, saying they needed space. Middleton said of the time, “I wasn’t pleased about it, but it made me a stronger person.”

While they were broken up, their mutual friend Jockey Sam Waley-Cohen invited both of them to a party themed ‘Freakin’ Naughty’ to which Prince William showed up wearing short shorts and a police helmet while Kate showed up wearing a nurse’s outfit. 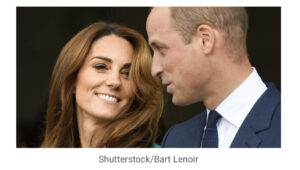 The couple reconnected at the party, and a few weeks later went on a vacation to Seychelles together.

The rumor was that the two brothers had a deal; whoever proposed first would get their mother’s ring. So when William decided to propose to Kate, Harry pointed out that their mother’s sapphire engagement ring would be perfect for the occasion.

Harry exchanged the ring with his brother for their mother’s watch. Diana’s former butler Paul Burrell said of the occasion, “That one day that ring will be sat on the throne of England. Harry gave up his precious treasure. His one thing he kept from his mother he gave to his brother. That’s selfless, kind, and exactly who Diana was.” 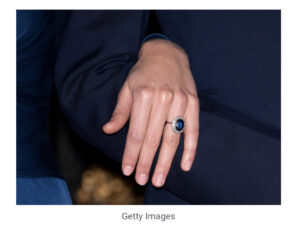 In November 2010, Kate and William went on a vacation together with their friends to Africa. William proposed to Kate on the trip at a point in Kenya and she immediately said yes.

It is said that Harry was very close to Kate. In fact, it was reported that he even sought her approval before he was going to propose to Meghan Markle. He thought of Kate as a sister he had never had and hence her approval was important. 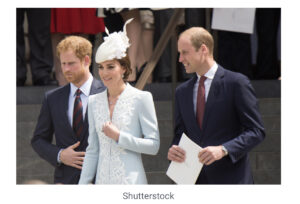 When Harry decided to propose to Meghan, since he did not have a ring, he decided to design it himself. He did so while having a meal at Kensington Palace.

The central stone is from Botswana, a country with a special place in the Duke of Sussex’s heart, and the diamonds on either side are from Diana’s collection. Meghan of course loved the ring, saying about it, “Everything about Harry’s thoughtfulness and the inclusion of Princess Diana’s stones and not being able to meet his mum, it’s so important to me to know that she’s a part of this with us.” 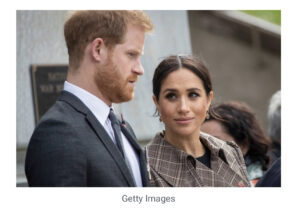 Meghan who had always been a fan of the Cartier French Tank wristwatch and already owned a two-tone version was gifted the Cartier watch Diana left her sons from her husband Prince Harry.

While Princess Diana did not have a lot of time with her sons, she really did make sure to impart important lessons to them in the short time they did have together.

This is such a sweet story of how both these boys are dedicated to their wives and wanted to keep a piece of their mother alive by giving them rings which had meaning behind them. Share this sweet story of Diana’s engagement ring with your friends and family. 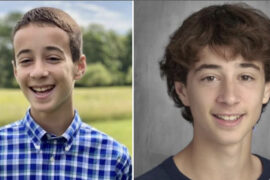 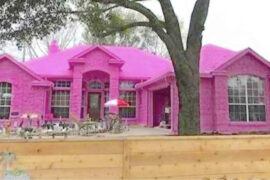 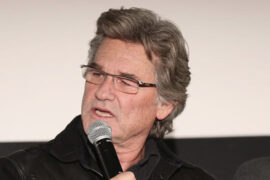 Kurt Russell defends passionate conservative statement: “Go see what the founding fathers were all about”