A mother wants nothing but the best for her baby. As a parent, you want to make sure you provide adequate and enriching nourishment to your child. Cynthia Salinas set out with similar hopes when tragedy struck.

San Antonio resident Cynthia Salinas was an expecting mother with a lot of excitement for the birth of her child. She gave birth to a healthy boy on July 14, 2021. After Azael was born, Cynthia wanted him to have the best life could offer. She saw the hospital feed her son Similac Pro Advance and she followed suit.

The new mom wanted her son to have the same formula he had been having since birth and considering Similac Pro Advance is thought to be a top-line formula, this seemed like a good choice!

However, just two weeks after his birth, little Azael was not doing well. The infant had a bad case of diarrhea and later started vomiting as well. The concerned young mom rushed her beloved baby to a doctor.

The doctor prescribed Pedialyte and Tylenol and told Salina she could go home.

And at this point in time, Azael’s diet was exclusively Similac Pro Advance. When she got home, Salinas noticed that her baby was not getting better. In fact, his health seemed to be getting even worse. “That’s where everything went downhill. He just got really sick”, recalls the young mom.

The worried mother took her baby to a hospital. The doctors there gave her the devastating news, the baby had a terrible case of salmonella bacteria that had already attacked his brain.

She was then informed that it was too late and there was nothing more that the doctors could do. A heartbroken Salinas held her baby for the very last time before he passed, at only 30-days old.

Baby Azael’s death certificate read “Salmonella Meningitis” as his cause of death, the confused and bereaved Salina had no idea where the baby caught the bacterial infection. She was searching for answers.

Six months after she lost her son, Salina came across news from Abbott Nutrition. The company had recalled certain powdered formulas that had been produced at the Sturgis plant in Michigan. One of the recalled formulas included Similac Pro Advance.

The U.S. Food and Drug Administration was investigating complaints they had received about the formulas in question causing Cronobacter and Salmonella infections in infants.

Salinas was quick to check the batch number on formulas she had used for Azael and was horrified to see they matched. The formulas that were recalled by the company in February 2022, were the same ones she had fed her newborn the previous summer.

It finally clicked for Salinas, this was the reason her son had suffered. The FDA is currently investigating four reported cases of Cronobacter that the formulas might have caused in infants, two of these reported cases resulted in death.

While the initial complaints also pointed to Salmonella being caused by the formulas, the FDA removed this complaint, saying that there was not enough evidence to link Salmonella to the powdered infant formulas in question.

The FDA told KSAT 12 News that they are thoroughly investigating these reports along with the CDC.

Salinas said, “when this recall came out, I felt betrayed”, she continued, “this is supposed to be a really good formula. And now, all this is happening, and you just have a lot of unanswered questions going on right now, and hopefully, we get answers pretty soon.”

Salinas is currently perusing a lawsuit and hopes for justice. She is also urging parents to be more vigilant with what they feed their kids and check whether the formula they have is from the recalled batch.

Parents can check whether they have a baby formula that has been recalled by the company on their website here.

What Cynthia Salinas has gone through is such a traumatizing experience. Let’s hope no other parent has to go through such a horrible loss.

Join us in praying for Cynthia and keeping other babies safe by sharing this news! 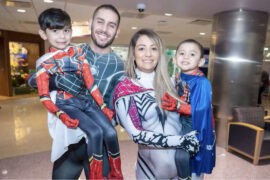 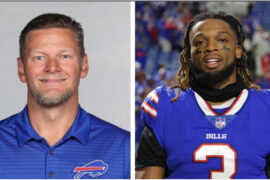 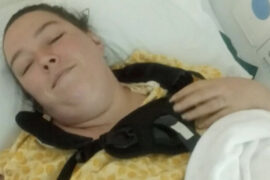