Actors may be in the spotlight but at the end of the day, they’re just regular people like everyone else.

Nevertheless, from their positions of fame, they can do a fair amount to spread positive messages or help people in need.

Thankfully, many recognize this and engage in philanthropy and altruistic endeavors.

Sir Anthony Hopkins is known to be one such celebrity. Indeed, perhaps the multi-award winning actor’s greatest achievement lies in his turning his own life around — and inspiring others to do the same. 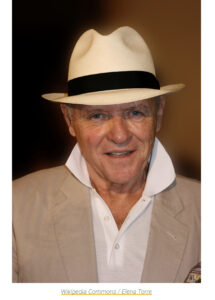 83-year-old Sir Anthony Hopkins speaks openly about his journey from a meaningless life to a place of hope and trust in God. And I think it’s well worth a listen.

The Academy Award-winning actor and director is known for his philanthropy work. But none of it would have been possible for the legend without his newfound ‘faith in God’.

The actor is known to play dark roles, probably most notably remembered for his skin-crawling performance as Hannibal Lecter in the classic Silence of the Lambs movie series. But in real life, Sir Hopkins is a real gem. 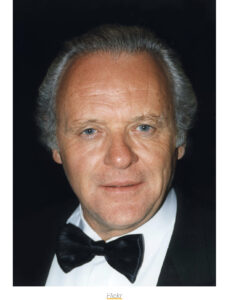 It however wasn’t always that way. Under pressure in the world of movies and fame, the Welsh-born action struggled with many issues, including alcoholism.

“Because that’s what you do in theater, you drink,” he said at a LEAP Foundation event, a group that helps young people with ‘Leadership, Excellence and Accelerating Your Potential.’

“But I was very difficult to work with, as well, because I was usually hungover,” he added.

Things gradually took a turn for the worse and the actor found himself no longer able to cope. 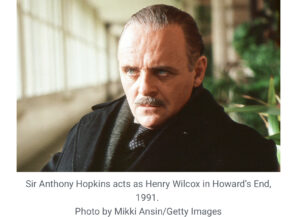 “It was like being possessed by a demon, an addiction, and I couldn’t stop. And there are millions of people around like that.”

At this point an atheist and an alcoholic, he felt nothing but emptiness in his life. That’s around the time he joined Alcoholics Anonymous.

He was at an AA meeting in 1975 when a woman simply asked him, “Why don’t you just trust in God?” And that’s the moment that everything changed for Hopkins.

“I could not stop [drinking], but I just asked for a little bit of help, and suddenly, pow. It was just like, bingo,” he said. 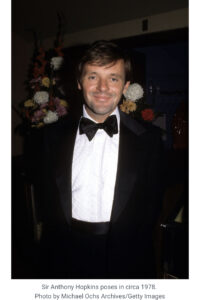 Hopkins turned himself to God and his life completely changed. His desire to drink simply vanished, “never to return.”

“Being an atheist must be like living in a closed cell with no windows. … But I couldn’t live with that certainty,” he said decades later in an interview with the Catholic Herald.

Isn’t it amazing how a single moment or just one question can change everything? I’m so happy that Sir Hopkins has found his calling in life and has gone on to inspire so many others. Share if you’re a big fan of this legendary actor, too!