An elderly woman in British Columbia felt so lonely one day that she began acting out. Thankfully, a kind officer understood exactly what she needed and came to her rescue proving that no job is small for the police. In 2019, the Delta Police Department received a call from the Emergency Health Services about a woman who seemed agitated and uncooperative.

When officers arrived, the unidentified lady in her 90s told them that she was upset with her family who could not visit her that day. This made her inconsolable and erratic. At this point, the responding officer realized that all she needed was a little company.

Thus, he sat down for some time and indulged her in a conversation. Shortly after the encounter, the officer reported that the pleasant elderly woman had been nothing but a delight to deal with. “I wanted to flag [the report] because our officers never know what type of call might come in, but this had a lovely ending that we had to share,” said the department’s public affairs manager Cris Leykauf.

Lonely Elderly Woman Calls Police to Complain – One Officer Steps in with the Best Response https://t.co/wQqdsvzsto

The wonderful story was also shared by the Delta Police Department on its official Facebook page. “In his file notes, our officer described her as ‘very pleasant to deal with’ and noted she was merely frustrated by the situation. Then he joined her for a lovely cup of tea,” explained the department according to Narcity. During an interview with CityNews, Leykauf explained how officers in the department are human too and that they love connecting with the community any chance they get. “I think our officers are often looking for those little moments where they get to connect with the community, [like] giving kids high-fives on the playground,” she explained.

“Honestly, our officers never know what’s going to happen sometimes when they drive up, so in this case, finishing with a cup of tea was a really nice way to end this call,” she added, mirroring the department’s message. Police everywhere often responded to such non-emergencies and handle them in the sweetest way possible. Last year, a 911 dispatcher received an unexpected call from a 4-year-old boy who asked her, “Police lady?… Can I tell you something?” After receiving her positive response he said, “I’ve got some toys for you. Come over and see them!”

An emergency call made by a 4-year-old New Zealand boy asking for police to come over and check out his toys prompted a real-life callout and confirmation from an officer that the toys were, indeed, pretty cool. https://t.co/ch7025CtTm pic.twitter.com/q11Jxgj6Bg

But before the dispatcher could get his address, the boy’s father appears on the other line and explains that his curious boy made the call while no one was watching and that there was no emergency at home. Despite the information, the dispatcher went ahead and asked if any officers were free to stop by the child’s home for a quick “hello.”

“There is a 4-year-old there who is wanting to show police their toys, over,” said the dispatcher on the internal radio system and Constable Kurt responded immediately, “Yeah, I’m one up, I’ll attend to.” He met the adorable boy and even got to take a look at all his cool toys before confirming, “He did have cool toys!” 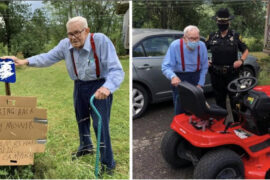 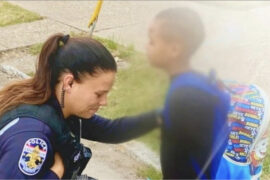 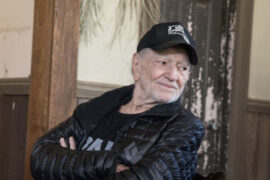