Have you ever felt a sense of rootlessness? Like you don’t belong where you are, or like nothing really matters in your life? This feeling usually quickly passes over. But for those who can’t get rid of the feeling, there is sometimes a serious reason behind it.

And so it was for American Steve Carter. One evening while he was surfing the internet, he found a picture of himself in a context that made him absolutely freeze up.

Steve Carter, from Philadelphia, Pennsylvania, grew up with his mom and dad on the east coast of the United States in New Jersey.

Growing up, Steve felt there was something missing in his life, but he couldn’t pinpoint what it was. He knew that he was fostered by adoptive parents and he had a happy childhood – but some things left him puzzled. 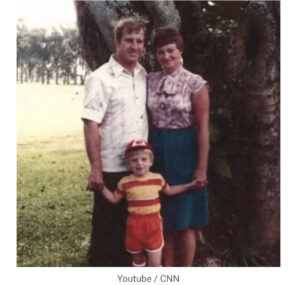 For example, Steve had almost no memories from when he was a young boy. He had been told that he was adopted when he was 4 years old from an orphanage in Honolulu, Hawaii.

But as he grew up, Steve noticed a few things that made him question his background. For example, he didn’t have a birth certificate and no idea who his birth parents were.

When Steve was 35 years old, the questions about his past gnawed at him more than ever. That’s when he stumbled over the case of Carlina White.

In adulthood, Carlina was a woman who discovered that her adoption wasn’t legal. In fact, she had been abducted as an infant from the Harlem Hospital Center in New York City in 1987.

Reunited after 23 years
She was 19 days old when her parents brought her to the hospital. Carlina had a fever and needed some care, but a woman dressed as a nurse saw an opportunity and stole the baby. The case remained unsolved for many years, and Carlina herself finally managed to solve her kidnapping case.

Fortunately, she was reunited with her biological parents 23 years after the traumatic event.

When Carter read about Carlina’s story, he immediately went on the internet. First, he went to missingkids.com, and that’s when he saw a picture that made his stomach tie up in knots.

In an age-progression photo from a kidnapping case in Hawaii, Steve could clearly see a boy who looked like him. The image sent shivers all over Steve’s body. He knew that it was him in the picture. 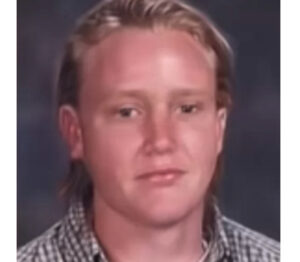 He then called the Honolulu Police Department.

“I let them know my info and they ran with it,” Carter said. “They were the ones who did all the legwork.”

It turned out that Steve was on the list of missing children. Steve had been kidnapped as a baby, his birth name was Marx Panama Moriarty Barnes.

Apparently, Steve’s mother took her young boy for a walk one day but never returned. But his biological father and sister had never given up the hope of finding him one day.

After taking a DNA test, Steve managed to track down his biological father, Mark Barnes. He lived in California and Steve Carter also found out that he had a half-sister, on his mother’s side.

Watch this video to see Steve himself tell his story to CNN:

This gave me goosebumps. Every day, babies are kidnapped around the world, and when they are all grown up, they can’t remember anymore.

Please share this story so that more people know that truth always wins in the end. And keep an eye on your children and grandchildren.