Danny Stewart had just got off the subway in New York City when he noticed something on the floor at the bottom of the stairs that he initially thought was a doll.

Little did he know at the time that a baby had been left on the floor with his umbilical cord still attached. He was also unaware that from this day forward his life would never be the same again.

“I noticed on the floor tucked up against the wall, what I thought was a baby doll,” Danny told the BBC. “I glanced back one more time, and that’s when I noticed his legs moving.”

Danny was at the 14th Street subway station in Manhattan over 20 years ago when he made his shocking find. He was on his way to meet his partner Pete Mercurio for dinner, but he knew he’d be late. 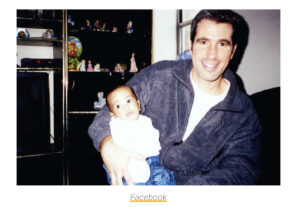 Only recently, Danny and Pete decided to share their remarkable story.

“His umbilical cord was still partially intact, so I could tell he was a newborn. I was thinking maybe a day or so old,” Danny said.

Danny, who worked as a social worker, started yelling in the station for someone to call the police, but nobody responded. At a time before everyone had a cellphone he had to run above ground with the baby and call 911 from a payphone.

Police arrived as well as Danny’s partner Pete who said: “I remember turning to Danny and saying to him on the sidewalk as the police car was driving away, ‘You know, you’re going to be connected to that baby in some way for the rest of your life.’” 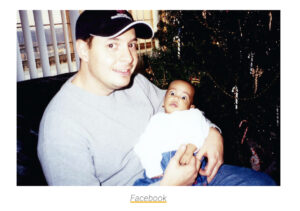 This was an accurate premonition as Danny and Pete couldn’t stop thinking about the bundle that had been left on the cold floor of a subway station all alone.

Six weeks later Danny received a letter from the Administration for Children’s Services. He was asked to attend a court hearing, so he could testify.

“I just thought I was going along to tell my story,” Danny told CNN’s Anderson Cooper.

But the judge had other ideas. 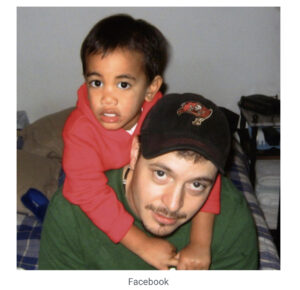 The judge told Danny that in cases like this they would try and place the baby in pre-adoptive foster care as soon as possible and then asked Danny, “Are you interested in adopting?”

Danny said he was but didn’t think it was that easy. The couple hadn’t made any immediate plans to adopt and still lived in an apartment with a roommate so knew that adopting would change their lives completely.

“I had not had thoughts of adopting,” Danny said. “But at the same time, I could not stop thinking that… I did feel connected, I felt like this was not even an opportunity, it was a gift, and how can you say no to this gift.”

Danny knew that he had to take this baby in and raise him, but Pete wasn’t so sure at first especially as it all happened so quickly. 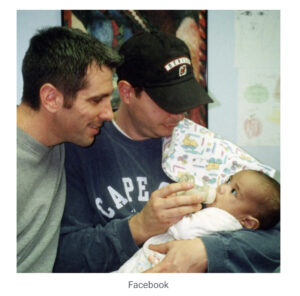 “Two weeks later we both went to court and they started preliminary home visits.

“We thought we have nine months to prepare but she (the judge) says how would you like him for the holidays, this was December 20th and we picked him up December 22nd,” Danny told Anderson Cooper.

Pete held the baby in his arms, and that’s when he knew that they just had to bring him home.

“The baby squeezed my finger with his entire hand so hard,” he said.

“He was just staring up at me and I was just looking at him, and it was almost like he found a pressure point in my finger that just opened up my heart to my head and showed me in that moment that I could be one of his parents, one of his dads.”

That holiday visit never ended, and it took two years to finalize his adoption. They named the baby Kevin after the son that Pete’s parents lost before he was born. 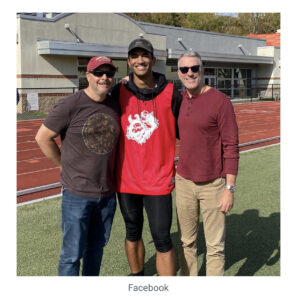 “Kevin was such an easy kid to raise. I don’t know how else to say it. We got so lucky. He slept all night. He’s always been a very self-sufficient, self-motivated kid who’s really conscientious. He just came to us that way,” Pete told People.

Pete and Danny were even able to track down the judge that had made it all happen years ago as Kevin wanted to meet her; she even married Pete and Danny after New York State granted same-sex couples the right to marry in 2011.

“I told her that it’s only because of her that we’re a family. I’m incredibly grateful to her that we became a family, and her performing our wedding was just a beautiful moment that came full circle,” Danny said of the judge.

More than twenty years have passed, and this family of three couldn’t be happier. Kevin attends a top-ranked college and double majors in computer science and math. He competes in ultimate frisbee and is an avid runner, as per People. 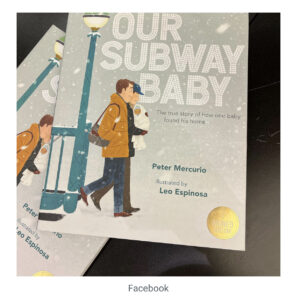 The family of three love being outside and regularly visit national parks.

Pete decided to retell this remarkable story in his illustrated book “Our Subway Baby.”

“Sometimes life hinges on little moments, happy accidents, and miraculous surprises. Sometimes babies are born into forever families. Sometimes they are adopted,” he writes. “And sometimes, all it takes to find your family is a chance glance at tiny toes wiggling in the corner of a subway station.

“Where there is love, anything is possible,” the book concludes.

Such a chance moment that changed this couple’s life forever and undoubtedly for the better.