Martin Sheen has encountered many women throughout his illustrious career in Hollywood, but he’s said the “scariest woman” he ever met was his wife, Janet Templeton.

“I was fortunate enough to marry the scariest woman I’d ever met. She did not know how to lie. It was impossible. For me, the truth was a sometimes thing. For her, it was eternity. She would always call me out, thank God,” he said in 2015, per The Washington Post. 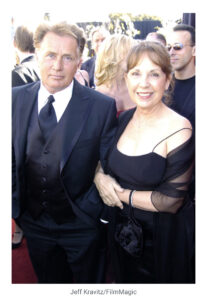 Both of his parents were immigrants. His mother was Irish, and his father was Spanish.

When he was 11 years old, his mother died. He and his siblings, nine of them, faced the real possibility that they would have to live in an orphanage or be placed in foster homes. However, with the help of a local Catholic church they were all able to remain together.

While he was still young, Sheen developed an interest in acting, even though his father did not approve. By the time he was in his 20s, Sheen borrowed some money from a priest and moved to New York City to pursue his dream. 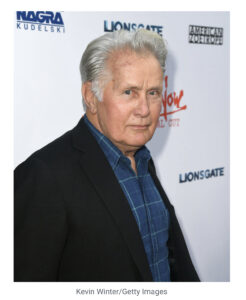 It was in New York that he adopted the stage name we have all become familiar with: Martin Sheen.

“Whenever I would call for an appointment, whether it was a job or an apartment, and I would give my name, there was always that hesitation and when I’d get there, it was always gone. So I thought, I got enough problems trying to get an acting job, so I invented Martin Sheen,” he said.

He never officially changed his name. All of his government paperwork uses Estévez, but he said he knew the stage name bothered his father.

“I started using Sheen, I thought I’d give it a try, and before I knew it, I started making a living with it and then it was too late. In fact, one of my great regrets is that I didn’t keep my name as it was given to me. I knew it bothered my dad.”

As Sheen was trying to make a name for himself in New York, he met Janet Templeton, also from Ohio. She was studying art in New York City in 1960 when she met Sheen.

The two began dating and not too long after they got married. The couple tied the knot on December 23, 1961 in a quick ceremony, reportedly in between an 8 a.m. mass and a funeral. 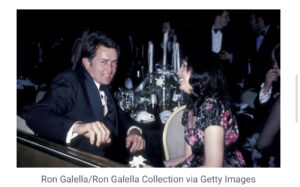 It wasn’t all sunshine and rainbows for the newly married couple though. They struggled financially and found themselves bouncing from one home to another.

In 1962, Templeton gave birth to the couple’s first child, Emilio. The following year they welcomed Ramón. Carlos Estévez, better known as Charlie Sheen, was born in 1965, and their sister, Renée was born in 1967.

During that time, Sheen was working on transitioning from theater to television. In the 1960s and 1970s he was a guest star on several TV shows including Mission: Impossible, Hawaii Five-O, Dan August, and Columbo just to name a few.

While filming Apocalypse Now, Sheen realized just how much his wife meant to him.

The then 37-year-old actor had suffered a heart attack while filming in a remote part of the Philippines.

“There was a struggle to get me to a hospital because we were in a remote area of the jungle,” he told Closer.

“My wife, Janet, was running down the corridor, and I was on a gurney being wheeled in, and I looked up and saw her face. She leaned down and whispered, ‘It’s only a movie, babe. Please, it’s only a movie!’” 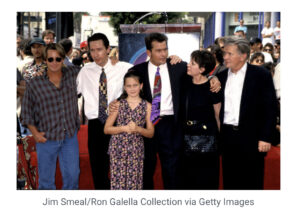 That same way of thinking would come in handy later on in life as Sheen struggled with alcoholism and the two dealt with their son Charlie’s troubles.

“Yeah, it wasn’t very endearing. I was a known alcoholic, and obviously troubled in a lot of areas.”

Despite calling her the “scariest woman” he knows, Templeton has soft side.

“She was there the whole time and I laughed my way back.”

What a love story! Even though she’s described as the “scariest woman,” she’s far from it. Janet Templeton simply tells it like it is, and I think that’s wonderful.