Nowadays most people meet their significant other through a dating app, but it wasn’t too long ago that finding your soulmate required venturing out into the real world.

And yes, even celebrities had to do the hard work when it came to pursuing their potential one true love. Just ask Maureen McCormick who first spotted her future husband at a concert, but won him over at church. 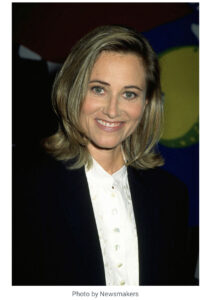 Maureen McCormick is best known for playing Marcia on The Brady Bunch from 1969 to 1974. After the sitcom ended, McCormick, who was born on August 5, 1956, appeared in several Brady Bunch spin-offs.

During that time she struggled with addiction and mental illness.

“I’ve been through a lot of hard times, but I take all those experiences and learn and grow from them,” she told People in 2016. 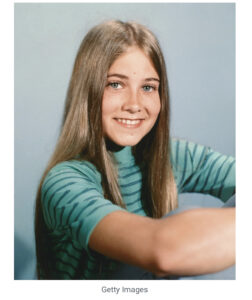 As the former child actress battled an addiction to cocaine and was struggling to come to terms that the acting career she had dreamed of was not turning out as she had hoped, she encountered a man at a concert she knew would become her husband.

“I turned around and saw this guy behind me,” McCormick wrote in her autobiography, Here’s the Story: Surviving Marcia Brady and Finding My True Voice.

“I’d never seen him before. He had dark hair, a great build, and chiseled features. I looked straight into his eyes and thought, ‘This is the man I’m going to marry.’” 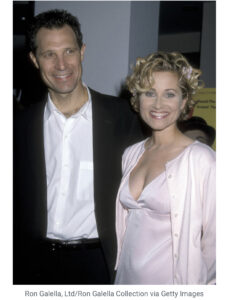 McCormick got to work and began attending the same Bible studies as Cummings. She even sat near him at church. The former Brady wanted to know everything about Cummings.

And it worked! After spending more time around him, they finally went on a first date, and the rest is history.

”She was very honest with me from day one. She has always been honest with me, an open book. And I was never worried about her reverting to her old behavior as I figured, whatever comes up, we will just deal with it,” Cummings told Daily Mail in 2015.

Although McCormick described their relationship as “quick and passionate,” it wasn’t always smooth sailing.

McCormick continued to battle her drug addiction and sobriety, and in doing so she was constantly pushing Cummings away. But he never left.

“Michael said that he’d made a life-long commitment and decided he was going to work at it until it’s unworkable,” she wrote in her 2008 autobiography. “He thought child stardom had arrested my development, and in many ways he was right.”

Despite all the ups and downs, the couple, who had a child in 1989, will celebrate their 37th wedding anniversary on March 16.

“I know there’s one reason that Michael and I managed to stay together through all the heavy-duty ups and downs: our faith,” McCormick wrote. “The two of us had faith that our love, despite all of our problems, was real, strong, durable, and worth sticking around for. Our faith made us believe our love was real.”

It is so refreshing to hear of another celebrity couple who have stood the test of time and stayed by each other’s side even when things got tough.