For the vast majority of us, a warm summer means spending lots of time outdoors in nature.

Inevitably this brings us into contact with the animals and insects we share his planet with, and that’s not always a positive thing.

Just ask Elisabeth Nordgarden, the mother of a young boy whose ordeal one summer’s eve can serve as a stark reminder for us all to stay vigilant. 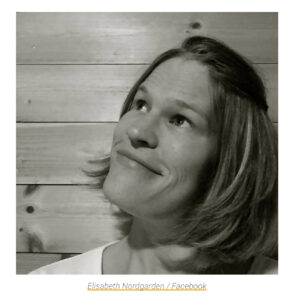 Elisabeth’s then-3-year-old son Kristoffer had been playing outside in his grandparent’s backyard when he came to his mother in tears. Naturally, given his age, she didn’t think too much of it – after all, young children are notoriously emotional.

What Elisabeth didn’t know is that something serious had happened.

Speaking to Norwegian outlet NRK, the mom, from Norway, said: “Me and the boys were visiting my grandparents.

“Then Kristoffer began to cry a little and climbed onto my lap. We thought he had been stung by a wasp or scratched himself on a branch.”

Only, within 15 minutes, Kristoffer’s foot had began to swell and turn blue. It transpired that he had indeed encountered something, but it wasn’t a wasp.

Elisabeth explained: “The ambulance and helicopter arrived quickly. They kept saying it was a viper snake bite and we were transported to a hospital.”

Upon arrival at hospital, Kristoffer was given anti-venom and began to initially show signs of recovery, until his condition suddenly deteriorated rapidly.

The young boy had internal bleeding in his intestine from the bite. Children can be more susceptible to viper snake bites, and Kristoffer reacted badly indeed. 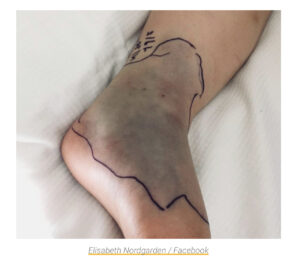 By this stage Elisabeth understood the alarming gravity of the situation, and was left to pray as doctors did what they could to stabilize Kristoffer and make sure he would survive the ordeal.

Fortunately, he did. After spending one and a half weeks in hospital, the 3-year-old had recovered sufficiently to return home. 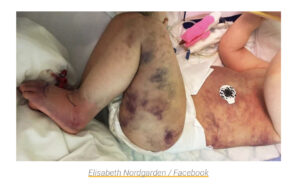 “I have much more respect for vipers now and I will ensure that my kids are wear boots when they go out in areas with high grass in the future,” Elisabeth said.

Indeed, I think we can all learn a valuable lesson from Kristoffer’s brush with nature, and that’s to remain as vigilant as possible when in and around areas where dangerous wildlife is known to exist.

I’m just so thankful things worked out okay for Kristoffer given how badly they looked at one stage.

Share this article to remind people just how dangerous snakes and other creatures can be, not just to children but to us all!