Mom told she’s having a miscarriage but doesn’t believe doctors: ‘I could feel the babies moving’

After years of heartache and disappointment, Jade and Steve Crane were overjoyed to discover they were pregnant with twins. But at the 22-week mark the mother-to-be was given some devastating news.

Jade Crane, from Nottingham, England, was told she had suffered a premature rupture and her twins would not survive, but Jade thought differently.

The 39-year-old had experienced pains and had gone to the hospital sensing that something was wrong with her pregnancy, but she wasn’t expecting to hear the news that she did.

“The doctor kept saying it was a miscarriage but I said it couldn’t be because I could feel the babies moving,” she said. 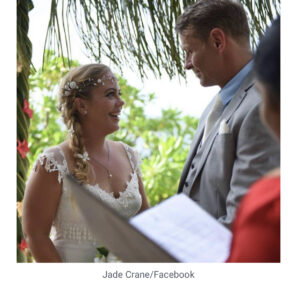 Doctors told the devastated mom-to-be that her fetal membranes had ruptured, indicating the onset of labor. Jade and her husband Steve were facing a hopeless situation.

The twins were born on October 26, 2021 at around 22 weeks but were given a zero percent chance of survival. Babies born this early, more than a week before the abortion limit in the UK, are not viewed as legally viable, but the medical staff at Queens Medical Hospital in Nottingham did everything they could to save the babies.

Baby girl Harley and her twin brother Harry also broke a record for being the U.K.’s most premature twins.

Mom Jade said the babies were born at a teaching hospital and because they were born with signs of life, staff chose to intervene medically. 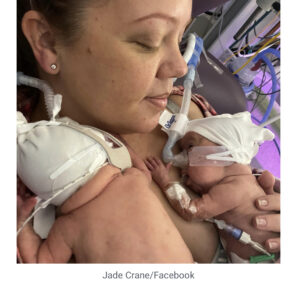 Now Harley and Harry are 14 weeks old and have stunned medical staff and their parents as to how well they’ve developed.

“I’m so proud of my babies – they’re little fighters,“ she said adding, “I remember getting wheeled round to NICU and the first thing I asked was if they were still here, because I didn’t know if they’d still be there, but they were.”

Their due date was February 24 and their parents hope to have them home as soon as possible, but they have a long road of development ahead of them.

‘They’ll down in history’
After they were born they faced a number of health issues such as chronic lung disease and necrotizing enterocolitis.

“They’re doing absolutely amazing. They’re doing all the things that we were told they wouldn’t do – they’re crying, they’re surviving,” she said, as per the Daily Mail.

The babies have become quite the stars at the hospital and there isn’t a member of the medical team who doesn’t know about them, Jade said.

“They’ll go down in medical history,” she added. “I’m pretty sure they’ll be having one of the wards named after them because everyone is just amazed by them!” 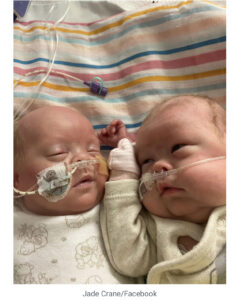 Thank goodness Jade gave birth at a hospital where staff decided to take a chance and now this couple have two beautiful babies, after 14 years of trying to conceive; they are indeed a miracle.

We wish this family all the health and happiness. Please share.