Mother sentenced to 16 years for treating daughter for illness she didn’t have, leading to her tragic death

A Colorado mother has been jailed for 16 years after she abused her daughter to death, lying about her health and duping doctors into performing unnecessary surgeries.

Her 7-year-old daughter Olivia Gant had received unnecessary surgeries and medications up until her death in Denver hospice care in 2017. 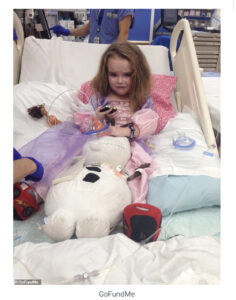 Parents or caregivers with the disorder seek attention by fabricating sickness of their children or dependents and sometimes cause them injuries that require attention.

According to authorities the mother of three lied to doctors about Olivia’s medical history while appealing to the public to help her daughter. Through this she was able receive money and other favors from organizations like the Make-A-Wish Foundation.

Turner initially faced charges in October 2019; two counts of first-degree murder, attempt to influence a public servant and forgery were dropped as part of an agreement with prosecutors.

Olivia gained media attention as her mom secured experiences for her claiming that she was terminally ill and had a “bucket list” she wanted to fulfill. She was made honorary police chief for a day and rode along with officers, as featured on the Denver Channel in 2017. 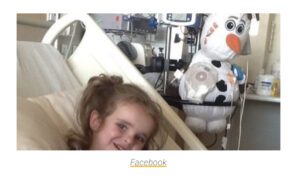 Click here to support Peace For Princess Olivia organized by Kelly Gant
Facebook
But suspicions were raised when Turner, 44, who had moved from Texas to Denver, brought one of her other two daughters in to the same hospital with bone pain, after Olivia had died.

The 13-year-old had not complained of any medical issues up until that point and is now in her grandparents’ care, as per the Daily Mail. Turner’s eldest daughter is an adult.

After doctors raised concerns, Olivia’s body was exhumed in November of 2018 so an autopsy could be performed. According to an indictment, Arapahoe County Coroner Dr. Kelly Lear wrote that Olivia’s manner of death was undetermined based on a series of nonspecific results, as per The Denver Channel.

She said that there was a lack of any findings that proved Olivia’s death was caused by intestinal failure or any of the other illnesses that her mother claimed she was suffering from.

Authorities have not released a cause of death but, according to the indictment, doctors went along with Turner’s request to stop feeding her daughter, as per the Daily Mail.

As part of the sentencing, the judge ruled that Turner cannot gain any further benefits from her child’s death, reported The Denver Post.

The case raises so many questions; it’s beyond belief how a mother could have done this, let alone convince medical professionals.

My heart goes out to the extended family of this little girl and the sisters now left behind, I hope they are getting the love and support they need. May you rest in peace Olivia.