Nothing can turn a parent’s face bright red like the moment they walk into their kid doing it. Although it ain’t really that big a deal except for loads of embarrassment at both ends, one mother had the shock of her life. A 44-year-old mom walked into her 18-year-old son in bed with someone. Before she could get over that she realized the person he was in bed with was her sister-in-law!!

Sharing her story on Reddit, the mother revealed that it all began when her 37-year-old brother, accompanied by his wife and children, moved in with them in February 2020.

“My brother(37M) moved in with us in February with his wife and 2 children, my husband(44M) and I have a big house on a farm (my husband is a farmer) and with everyone working from home we thought it would be a good chance to stay together as a family and for my nieces to spend time on the farm,” the woman shared.

Along with her brother’s children on the farm was her own 18-year-old son and her two daughters, aged 16 and 13. Now that seems a perfect way to bond during a lockdown, you would think. Well, it was until things started to get weird. 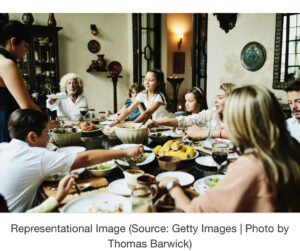 “On the day my brother arrived I went to buy groceries with my son and he went to the pharmacy to get his gym supplements and I bought the food. I saw condoms in my son’s plastic bag when we arrived at the house two packs with 36 condoms each so 72 in total (didn’t think anything of it thaught he had gotten a GF and wanted to be safe),” the mother revealed.

With both families living together, things seemed to be going perfectly. “Everything was fine; everyone got along; my SIL and son would go on an early run around the farm everything seemed normal until last month when they left on their run but I was up baking and I never saw them make any rounds around the farm which was weird, I asked about it and they said they decided to hit the road (i thaught nothing of this everything seemed normal),” the woman said. “My SIL and son seemed to have a very good bond.”

However, one fine day in the early hours of the morning she witnessed something that broke all semblance of normalcy in the family. “I was coming from a friend’s house early in the morning the Sun wasn’t up yet and it was little dark but I saw that the cabin we have in the farm was open and the light was on (I thaught maybe one of the employees had forgotten to lock up), so I went to close the door and switch off the light as I got closer I heard people having sex and I took a peak and it was my son and SIL having sex, I didn’t confront them I was so in shock,” she recalled. 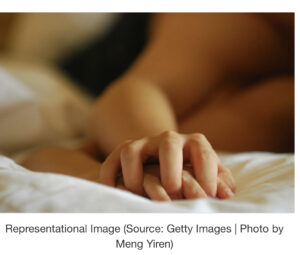 As she shared her story, the mother revealed that she has still not confronted her son or her sister-in-law. She wondered, “should I confront them, should I tell my brother, should I tell my husband I’m so confused. I’ve been doing a lot of thinking and I’m sure they have been having sex for a while from the condoms (my son was always at the house never brought a GF), the morning runs around the farm (do they really go on a run or do they have sex), the close relationship.”

A lot of people gave their advice in the comments section, including GuyHere12345 who said, “First, tell your husband so you’ll have some support and backup. Next, you need to ascertain the nature of this relationship. She’s 34. He’s 18. She’s also a close family member. There is a distinct possibility that she’s been grooming him for years since he was a child.” 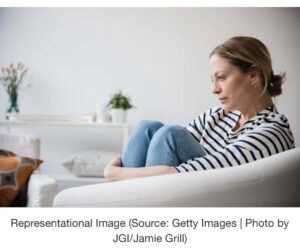 “Talk to your husband and then tell your brother,” wrote tricker_treat. “… The fact that your son bought so many condoms the day she moved in suggests that this wasn’t something new. He knew he’d need condoms because that was their history. So, how long has this thing between them been going on?”

ADVERTISEMENT
“Make sure your son is okay, imagine this story if it was a 34M + 18f. Could easily be predatory/grooming behavior on her part,” said awesomedan24.

TheMocking-Bird wrote, “You’ll eventually need to tell your brother, and hiding this will only cause a rift once it all comes out.”