Owen Wilson seems like a natural when he takes on the roles of a father in movies, playing the goofy dad who kind of grows up with his kids and does his best to make sure his family is happy. But in real life, his fatherly instincts have been scrutinized several times and he has reportedly never seen his only daughter since the time she was born.

The Marley & Me actor is also a father to two sons—Robert Ford whom he had with Jade Duell and Finn whom he had with Caroline Lindqvist. Sources say that he shares a healthy relationship with his sons and is very much a part of their lives. However, ever since he found out that his ex-girlfriend Varunie Vongsvirates was pregnant with his child, he has avoided contact with both his daughter and the mother.

Wilson had an on and off relationship with Vongsvirates for about five years and when he later found out that she was pregnant with his child, he even changed his phone number, according to RadarOnline.com.

At first, Vongsvirates was excited about her daughter’s future because she thought Wilson would make a great father, seeing how endearing he was with his other two sons. Previously, she even said, “He will be a great dad, because he’s an incredible dad with his other two children.” However, Vongsvirates later realized that he wanted absolutely nothing to do with her and their daughter.

Their daughter, Lyla Aranya Wilson wouldn’t be able to share the same experiences with their father that Owen Wilson is often pictured sharing with his sons. 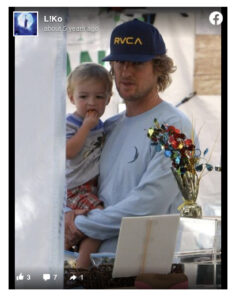 “When Varunie told Owen she was pregnant, he was not happy about it, and that was the last time they ever spoke,” a source said. “He changed his phone number. He’s never met his daughter and then he gave no heads up that he was changing his number.”

An obligation is certainly what the little one seems to be treated like by Wilson. Having never met her since the day she was born on October 9, 2018, Wilson has maintained no role in her life except for the money he sends Vongsvirates for the daughter’s care.

Despite the paternity test proving that he was Lyla’s father, he still felt uncertain about whether she was really her child. Nevertheless, he still sends $25,000 every single month for a child he has never met and had to pay $70,000 in order to cover the cost of a labor coach, a night nurse, as well as Vongsvirates’ legal fees, as reported by the Daily Mail.

“He even checked the no visitation box in court in June…” a source told Us Weekly in 2018. “He does not want to visit [and does not] want any custody of her.”

Vongsvirates has begged Wilson to be a part of their daughter’s life and she feels heartbroken when Wilson is pictured with his other sons. “Owen has been a great father to his two boys and has maintained a warm and close relationship with their mothers,” a source shared. But he remains completely absent from Lyla’s life, even though Vongsvirates stresses on how much the little one needs her dad. 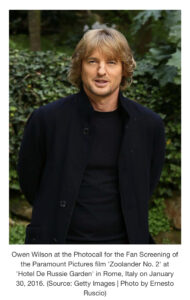 Owen Wilson at the Photocall for the Fan Screening of the Paramount Pictures film ‘Zoolander No. 2’ at ‘Hotel De Russie Garden’ in Rome, Italy on January 30, 2016. (Source: Getty Images | Photo by Ernesto Ruscio)
“Owen has never met Lyla. Never,” Vongsvirates told DailyMail.com. “He helps financially but it’s never been about that. Lyla needs a father. It’s ironic how [Owen] keeps getting these father roles, he’s playing a father in his new movie, and he’s never met his own daughter.”

The only message Vongsvirates had for Wilson was this: “You should see your daughter, she’s incredible, you’re really missing out. She looks just like you,” she said of Lyla, who reportedly has baby blue eyes and bright blonde hair, very much like her father.

The reason why Vongsvirates deeply wishes Wilson would be a part of Lyla’s life is that she knows firsthand what it is like to grow up with just one parent. “Varunie’s mother passed away when she was still kind of young and impressionable. She knows what it’s like to grow up with one parent. She doesn’t want that to happen to her daughter,” an insider told RadarOnline.com. “She just wants her daughter to have a normal life. It didn’t work out between the two of them – that happens – but to abandon his child is rude and wrong.”