Giving birth can be a terrifying experience for the mother. It’s crucial that parents feel safe at the hospital and with all the support staff can provide during labor.

In the vast majority of cases, parents have a positive experience – but for parents Chester and Dora Fronczak, their life-long nightmare started after they welcomed their son to a hospital in Chicago back in 1964.

At first, everything went as planned. Dora gave birth to a healthy and wonderful boy in April 1964. They were looking forward to bringing their little son home to Chicago to start a whole new life together.

But their dream would never come true. 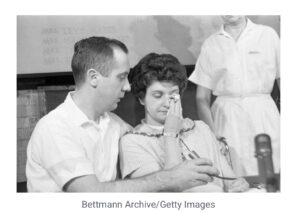 When their baby boy Paul was 1 day old, a lady looking like a nurse suddenly came into the mother’s hospital room.

She claimed that Dora’s son needed to see a doctor and picked up the little boy and rushed away.

That was the last time Dora, then 28, saw her boy. The fake nurse had stolen the newborn and disappeared without a trace.

”We just want our baby back, and hope she will please take care of him,” Dora said at the time.

The shocked parents immediately contacted the police, and the FBI launched a major investigation to locate Dora and Chester’s child. Finally, two years later, it seemed investigators had made a breakthrough. 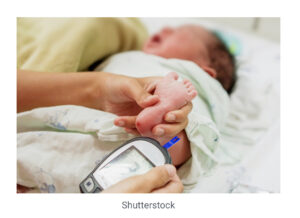 The FBI had located an abandoned boy and identifying him as the couple’s missing baby they handed him over to the relieved parents. The young boy was discovered in New Jersey, and there were several similarities to Chester and Dora Fronczak’s son.

The ears looked the same, and the parents were convinced that it was their lost boy. But there was no clear evidence, and in the 1960s, no DNA technology could confirm his true identity. 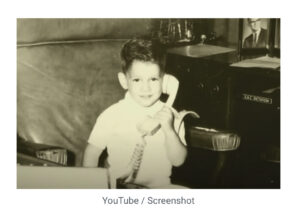 Dora and Chester took him in and raised him as their own. They really believed that the toddler was their biological son Paul.

But several years later, it would turn out that he wasn’t related to Dora and Chester.

Paul was 10 years old when he found out about his birth story, while looking through the family basement he found newspaper clippings covering the kidnapping.

As he got older he noticed that his hair was different from his parent’s and other differences that he began to wonder about. Paul suspected that he may not be related to his parents, and later, a DNA test proved his suspicions.

Still, it was a shock for him. But he was also interested in finding the “real” Paul Fronczak.

“Is the real Fronczak baby still alive? Is it out there? And if he is, can we find him? Can we actually reunite him with my mom and dad?,” he said in 2014.

In 2019, things started to happen when the FBI got new clues in the case.

Police had found the other Paul Fronczak in rural Michigan. They went out to inform him of his true identity, and the man couldn’t believe it. According to reports, he didn’t want to go public after receiving the news.

“I have loose ends to tie up,” the man told WGN-TV.

In 2019, it didn’t seem that he wanted to be reunited with his biological mother, Dora, who lives in a suburb of Chicago. However, it is unclear if he ever has met her. Unfortunately, Chester died several years ago, according to the NY Post.

This is so fascinating but also horrifying. Imagine not knowing who you really are until you’re almost retired. Imagine learning (or being in denial) that your son and grandchild aren’t biologically related to you.