Prince William loves to tell bedtime stories to Royal children about ‘Granny Diana’: Inside their routines

Besides having their royal duties, Prince William and Kate Middleton have their hands full at home. The couple have three children, Prince George, Princess Charlotte, and Prince Louis.

While the three royal children are having extraordinary lives, William and Kate are working hard to give them a childhood as normal as possible.

Not only do they try and raise their children – just as any other parent – into friendly and good people, but they also have strict rules at home, which involve a specific bedtime and limits on screen time. Let’s take a look inside the private life of the William and Kate’s family – and the father’s clever trick to get his children ready for bedtime. 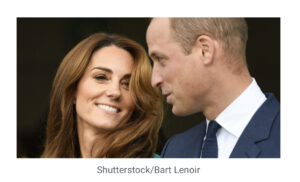 Prince George, Princess Charlotte, Prince Louis
Prince George is third in the line of succession, after his father and grandfather, Prince Charles. When he was born – on July 22, 2013 – there was huge media interest in the little prince, and his birth was celebrated around the world.

On May 2, 2015, he became a big brother after his sister, Princess Charlotte, was born. George started school at the Westacre Montessori School in Norfolk in early January of 2016. He transferred to Thomas’s Battersea School in September 2017, where he and his sister Charlotte now go to school.

According to its website, the fee for Prince George and Princess Charlotte for the upcoming school year at Thomas’s Battersea School is around $20,000.

According to journalist Jane Moore, the school has strict social rules. For example, as she explains to The Sun, Princess Charlotte and Prince George aren’t allowed to have one best friend. 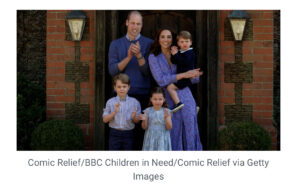 “It’s a really great little school, actually, for the reasons I think that it really focuses on kindness, it’s a really big thing in that school, and the pastoral care is amazing,” Moore told The Sun. “There’s a policy that if your child is having a party unless every child in the class is invited, you don’t give out the invites in class, which I think is quite a good thing as you don’t feel excluded.”

William & Kate ‘open’ to sending George to boarding school
“There are signs everywhere saying be kind; that’s the ethos of the school. They don’t encourage you to have best friends,” she added, saying that both Kate and William are very involved in their children’s education.

“Kate and William are open to sending George to boarding school in the future and have already checked out a few, but they feel eight is a little young and want to wait until he’s slightly older,” a source told Us Weekly in 2020, as reported, by Marie Claire.

“George going to school is a decision the Cambridges will make as a family,” the source added. “They’d never force George to go unless he wants to, and they feel it’s right.”

However, in the end, it’s up to George to decide if he wants to attend boarding school or not.

William and Kate’s three children all have official titles as Princes and Princess. When on official royal duties with their parents, they will always be referred to by their royal titles.

Instead, they go by George Cambridge and Charlotte Cambridge. It’s a nod to their parents’ titles, with William and Kate Middleton being the Duke and Duchess. Further, it’s been reported that his classmates call Prince George “PG,” his initials.

This isn’t the first time the royal children have taken names. Both Harry and William used the same type of names in the military and school, being called William Wales and Harry Wales. Their father, Charles, is the Prince of Wales, and their mother, Diana, was the Princess of Wales.

Even though they are still very young, George and Charlotte have accompanied their parents on official visits to other countries. For example, in 2016, they traveled to Canada and to Poland and Germany a year later.

Prince George is now eight years old, and even though he’s growing up fast, it sounds like he’s not ready for what’s coming in the future. According to royal commentator Neil Sean, George is “protected” from the future burden of being king. 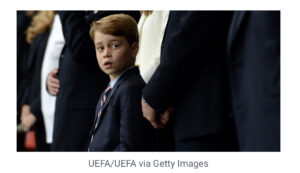 “When you look at Prince George, it’s so weird, isn’t it. To look and think he has no idea what’s coming for him,” he said on his Youtube channel Neil Sean’s Daily News Headlines, as quoted by Express.

‘Keeping a secure environment around him’
“He’s mighty protected at that age, but for him, he’s born into this. He doesn’t really know exactly how the Monarchy operates even at that young age.”

The fact that William and Kate have wanted to protect their children from what the royal duties can mean has long been known: in 2016, they spoke about it openly, saying that it’s essential to give George a normal childhood for as long as possible.

“I love my children in the same way any father does, and I hope George loves me the same any son does to his father,” William told BBC. “We are very normal in that sense. There’ll be a time and a place to bring George up and understand how he fits in, in the world.

“But right now, it’s just a case of keeping a secure, stable environment around him and showing as much love as I can as a father,” he added.

William and Kate have been very outspoken about their family life. However, some details they, of course, keep for themselves.

But when hearing them speak of their family, they tend to paint a picture of a harmonic and lovely family. 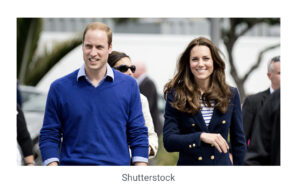 Speaking on Apple’s Time To Walk, William spoke about his children and their great love for music. In fact, it turns out that they enjoy the same music as their father.

Prince Wiliam reveals his children’s love for music
“What I’ve been amazed by is how much my children already have inherited my family’s love of music,” William said.

“Most mornings, there’s a massive fight between Charlotte and George as to what song is played in the morning. And I have to, now, basically prioritize that one day someone does this one, and another day it’s someone else’s turn. So George gets his go, then Charlotte gets her go. Such is the clamor for the music.”

Further, William revealed that Shakira’s hit song Waka Waka is the one song his children are in love with at the moment. Not only are they listening to it – but also getting their dancing shoes on.

“There’s a lot of hip movements going along. There’s a lot of dressing up. Charlotte, particularly, is running around the kitchen in her dresses and ballet stuff and everything,” William explained. “She goes completely crazy with Louis following her around trying to do the same thing. It’s a really happy moment where the children just enjoy dancing, messing around, and, and singing.” 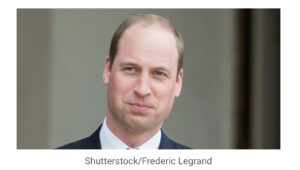 When George started school in Battersea, Kate and William decided to move their permanent base to Apartment 1A at Kensington Palace, relocating from the countryside.

Kate and William’s strict rules for children
The home was decorated with the help of famous interior designer Ben Pentreath – but for the children’s room, you won’t see any grand chandeliers hanging above a historic and pricy wooden table.

Instead, Kate and William decided to use furniture from Ikea.

William and Kate might be very famous and living a life most people only can dream of, but they face the same struggles as plenty of other parents.

The royal nanny, Maria Borrallo, has worked for the Firm for eight years. She’s not only working as a nanny for George, Charlotte, and Louis but she also assists with different tasks during trips and weddings.

Since Maria has been with the Royal family for so long, she is very well-respected. She also makes sure that George, Charlotte, and Louis follow the strict rules their parents have set, for example, bedtime.

As MyLondon reports, the three royal children have a strict 7 pm bedtime, which they must to stick to. And Maria is a crucial person in ensuring that the children follow their parents’ wishes. 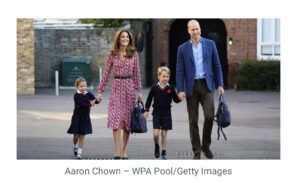 “There will be no messing. That’s because Maria will be aware that as they step off planes, holding mum’s hands, smiling and waving to the crowds, there can’t be any crying or terrible 2s or tantrums,” nanny expert Louise Heren told The Sun.

William’s clever trick to get kids ready for bedtime
Sure, it might be a tricky thing to get your children ready for bed. However, it turns out that Prince William has a brilliant and cute trick he uses.

“We started watching one of [David Attenborough’s] newest documentaries. It’s amazing at bedtime when I can crowd the children, just shouting ‘we’re going to watch one of David’s documentaries’ and they come herding in,” William told BBC Radio 4.

“It’s the easiest way to catch my children and get them ready for bedtime.”

However, watching the documentaries narrated by Attenborough isn’t always joyful. William recalled one time George didn’t want to continue watching, because it made him sad.

“The most recent one — the extinction one — actually George and I had to turn it off,” he explained. “We got so sad about halfway through. He said to me, ‘You know I don’t want to watch this anymore.’”

“You know, he’s seven years old and he’s asking me these questions already, he really feels it. And I think every seven-year-old out there can relate to that,” William added.

It isn’t just the bedtime that is strict for the royal children. Prince William and Kate have made sure to give them limited screen time.

“We’re going to have that discussion with our family. How on earth are we going to police and have family time when the phones are all put down, and you’re offline,” he explained. “Because we’re all so connected now that we’ve got to say, ‘right, for instance, we’re eating now.’” 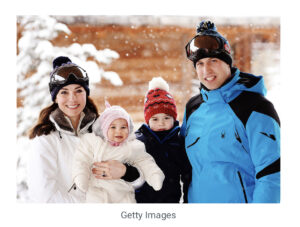 Further, William questioned how other parents tackle the issue of screens.

“This generation is going to be the first generation to grow up fully immersed in mobile phones, social media, lots of stuff,” he said.

”Granny Diana” at bedtime
In the documentary ‘Diana, Our Mother: Her Life and Legacy,’ William also revealed how he’s working on keeping his late mother’s legacy alive. William wants his kids to know what kind of impact Princess Diana had on the world and her family. 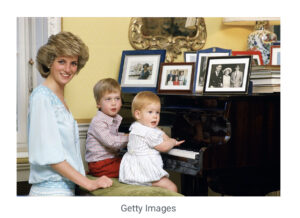 He wants his children to “know who she was and that she existed” and William has also got more photos up around the house of Diana.

“It’s hard because obviously Catherine didn’t know her so she cannot really provide that level of detail, so I regularly put George and Charlotte to bed, talk about her and just try to remind them that there are two grandmothers, there were two grandmothers in their lives,” William said.

What do you think about Prince William and Kate Middleton’s parenting? For example, is it reasonable to have strict bedtimes for children or not? Please give us your thoughts in the comment section.