One of the most memorable shows of the ’80s was MacGyver, the action-adventure series following the titular secret agent as he got out of life-threatening situations using whatever ordinary items he had on hand (even if it was just a paperclip.)

While most of the inventions were pretty ridiculous, audiences never minded: the show was always fun, largely thanks to the performance Richard Dean Anderson, who played MacGyver. 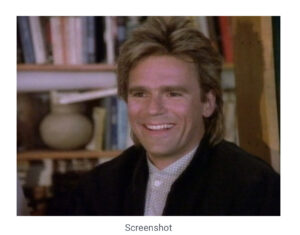 But while MacGyver lives on in the public consciousness—whether through the currently airing CBS reboot or the frequent Saturday Night Live parody, people are often left wondering what happened to Richard Dean Anderson.

He’ll always be remembered for the role that made him famous, but Anderson has also had a successful career and life outside the show. 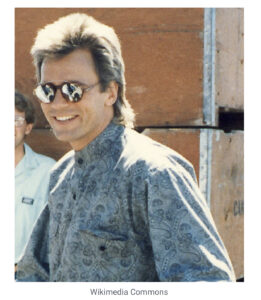 Anderson grew up in Roseville, Minnesota and last name, Anderson, derives from his Finland-Swedish paternal grandfather.

As a kid, Anderson dreamed of becoming a hockey professional, but he broke both his arms and his career ended abruptly.

”I broke two arms as a 15-year-old, one of which put me in hospital for two months,” Anderson told Stuff.

Instead, he developed an interest in music, art and acting.

Breakthrough in 1985
Before MacGyver, Anderson established himself as a formidable television actor. He had a regular role on the soap opera General Hospital, and starred on the one-season TV series Seven Brides for Seven Brothers. He also guest starred on an episode of The Facts of Life. He was considered for the role of John McClane in Die Hard, which later went to Bruce Willis.

But his breakthrough came after being cast as Angus MacGyver. 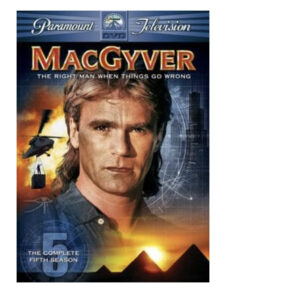 ”When we started in 1985, television was ready for a character that wasn’t a detective with a gun. I think we garnered a lot of attention from families, primarily because it was the kind of show that families could share,” Anderson said. 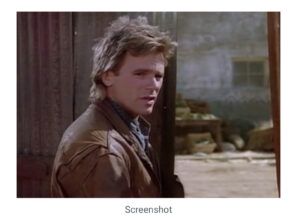 While MacGyver could construct nearly anything from scratch, the actor was not nearly as crafty in real life.

”[Richard’s] not like that at all,” Anderson’s producing partner Michael Greenburg told Entertainment Weekly in 1992. ”He can’t program a VCR or dial a phone.”

While MacGyver shot him to fame, it also tired him out.

”I was kind of fried,” Anderson said. ”MacGyver was seven years of being in virtually every frame that was shot and having absolutely no life at all.”

But after a few years of rest, he returned to TV in another major role: as Jack O’Neill on the cult favorite sci-fi series Stargate SG-1. 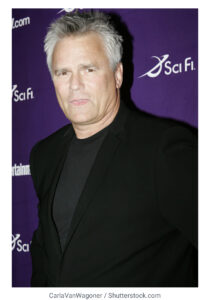 For many sci-fi fans, it’s his most recognizable part. Anderson has appeared at many conventions since the show.

MacGyver daughter
Dean had a relationship with the actress Apryl A. Prose from 1996 to 2003. The couple met through met their mutual friend Michael Greenburg and sparks flew.

”When I met Apryl, not only did I find her extremely beautiful, but I adored her sense of humor. We shared that. Very quickly, we fell in love”, Richard said in 1999.

In the summer of 1998, a daughter was born; Wylie Quinn Annarose Anderson. Her first moment in life got dramatic:

”When Wylie was born, she didn’t cry, she wasn’t breathing. She had to be revived. I have to tell you that seeing the doctors and nurses rush to her side, it was painful to contain my emotions. However, my role was to support Apryl. When finally, I knew that Wylie was out of danger, I collapsed. I was in tears, but relieved. At that precise instant, I understood that my life had truly taken a new turn,” Richard said.

Having children was not something the couple had planned, and Prose was afraid that Dean would be terrified and not take his responsibility as a father. But no one could be more wrong.

He even stepped away from the starring role to spend more time with his daughter Wylie, born in 1998.

“Being a father, well, I don’t know if this is a change,” Anderson was quoted as saying, “but it makes me want to get out of here faster. Get off the clock. Just because the baby is my reason for living, my reason for coming to work.” 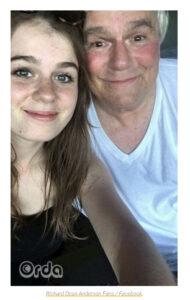 Richard Dean Anderson Fans / Facebook
Dean and Apryl also talked about having more children, but it never happened. They never married, and in 2003 Dean and Apryl separated.

Dean said that fatherhood changed him, he kind of moved into semi-retirement to become a single father full-time.

However, he has continued to appear in the Stargate franchise in a recurring role. Most recently, he’s appeared as himself or parodied his MacGyver character on shows like Saturday Night Live, Don’t Trust the B- in Apartment 23, and The Simpsons.

A running Simpsons gag was that Marge’s sisters Patty & Selma were obsessed with Anderson, and in a 2006 episode they finally met him… and kidnapped him:

”I really live a private, reclusive life. The house that I’ve built for myself here in Malibu is the perfect house for me. I have my dogs, but I don’t get to meet people. I don’t like the bar scene and I’m not a party guy – I’ve had my fill of that from the early days,” Anderson told Stuff.nz.

But his daughter is still his priority. He often updates his followers about his daughter’s achievements on his Instagram. And it seems like he has influenced her career choice – Wylie is now working as an actress, and she has had some roles in different plays. 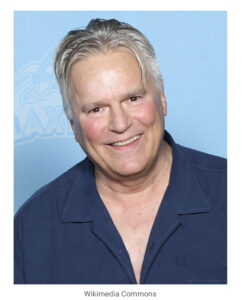 Did you love MacGyver back in the day?

Share this story to show some love for Richard Dean Anderson!