Sarah Jessica Parker became a worldwide superstar following her role as Carrie Bradshaw on Sex and the City, which today is seen as a cult classic. But in fact, Parker had at that point already been acting for decades, as she went into the business in her early teenage years.

Today, the 56-year-old is happily married, has children, and has a very successful career. But what makes her life very inspiring and impressive is that she started from nothing.

So how did Sarah Jessica Parker get to the point where she is today? This is all you need to know about her! 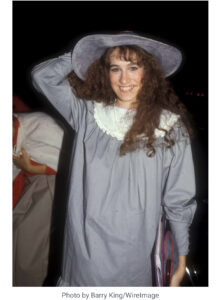 Sarah Jessica Parker might be an uber-celebrity today, but when she grew up, having money to buy things wasn’t even an option.

She was raised by her mother, Barbara, who soon after the divorce remarried a truck driver, Paul Forste. Her stepfather, however, was often out-of-work, and Barbara – who ran a nursing home – had to take care of the children herself. It was tough.

“The problem with talking about it is that people like to put a Dickensian twist on it as if I were an orphan,” she told the Daily Mail. “There were times when we didn’t have electricity because we didn’t pay the bill on time – we simply didn’t have the money that month – and sometimes we relied on the government for free lunches.”

“But my parents were very clever and industrious; culturally, our lives were very rich, even though, in practical ways, things were kind of a mess.”

Even though no children should live in poverty, it still happens. Sarah Jessica Parker was one of many who didn’t choose that start in her life. But when looking back, she says that she doesn’t regret it at all. On the contrary, Parker is grateful for her childhood since it gave her a work ethic. 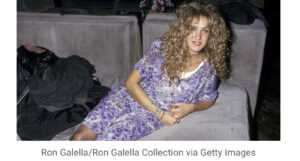 “I’ve never borrowed a penny from anybody. I think it’s a real privilege to grow up the way I did, and I think my son’s strangely at a disadvantage because he’s a child of affluence, and he doesn’t know what that means,” she explained.

First professional lead role at age 8
“That is a great concern to me. I almost wish we could create a false universe for him – I know this is going to be misinterpreted across the world, but I think there is something good about not having much.”

Sarah Jessica Parker wanted to help her mother support the family. From a young age, it was clear that she had a talent for performing, and she brought home paychecks by performing as both a dancer and singing.¨

At eight years of age, Parker got her first lead in a production of The Little Match Girl.

“I asked my mother if I could audition. So I went downtown to WLW-TV, which is our local NBC station, and stood in line and auditioned,” she said in an appearance on Inside the Actor’s Studio.

“And I was eventually cast as The Little Match Girl, and, I think it shot, it was a sum total of five days, and I was paid $500. And the only rule was that they get me out in time to get to my ballet class.”

Soon, people working in the business discovered her, and in 1976 she got her first Broadway role in The Innocents.

From there, Sarah Jessica Parker’s career grew. Barbara and the family moved to New Jersey to support Parker’s acting career. It didn’t take long before she made a lot of money, and she became the family’s primary breadwinner. 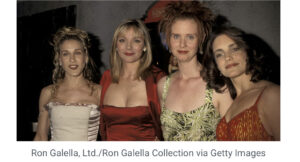 Sarah Jessica Parker was trained in both singing and ballet. She studied at the American Ballet School and the Professional Children’s School.

Sarah Jessica Parker – ‘Sex and the City’
In 1979, Sarah Jessica Parker got her big breakthrough on Broadway, starring as the orphan in Annie. From there, Parker attended Dwight Morrow High School, and at the same time, she continued to star in several productions.

Sarah Jessica Parker pursued her acting career full-time when she graduated from high school. In 1982, she got her first big breakthrough on television when she starred in the sitcom Square Pegs. From there, Parker continued to star in several shows and films, and as the 1990s approached, she starred in more and more prominent films. 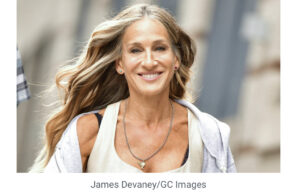 In 1991, she starred alongside Steve Martin in L.A. Story and the year after in Honeymoon in Vegas alongside Nicolas Cage. In 1994, Parker appeared in Tim Burton’s celebrated film Ed Wood.

After appearing in several other films, Sarah Jessica Parker got the part of a lifetime.

In 1998, the first episode of Sex and the City premiered, with Parker starring as Carrie Bradshaw. The show, which revolves around four friends in New York City, didn’t take long to prove itself as a cult classic.

Sex and the City aired for 98 episodes through 2004, and it turned Sarah Jessica Parker into an uber-celebrity. However, she nearly passed on the opportunity to star on the show.

“‘Darren Star reached out to me,’” she recalled her agent telling her. “‘He’s written this pilot [“Sex and the City”] and tells me he wrote it with you in mind — you were in his head when he was writing it. I’m going to send it to you. I’ve read it. I think it’s really good. You should meet with him.’”

“I met with Darren, and there were a couple of concerns that I had — like I really wasn’t keen on doing nudity and language issues — but [agent] Kevin continued to say to me, “This is different. You have never done anything like this before. No one’s ever done a part like this. Do this.”

Darren Star convinced Parker to do the show, which ended up being a critical decision in her career. She later starred in the Sex and the City movie, and in 2021, the mini-series And Just Like That… was released, with the cast of the series reuniting again.

Sarah Jessica Parker’s character, Carrie, in Sex and the City, had a great sense of fashion. The actress herself would also get involved in the fashion industry, and even though Sarah earned plenty of money on her acting performances, collaborations brought her to the next level. 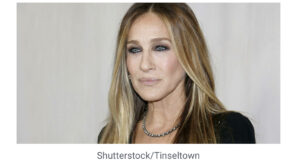 Parker released fragrances, did ads for Gap, had a cosmetics deal with Garnier, and designed a clothing line. As reported by The Daily Mail, she received about $4.6 million for her clothing line for US chain Steve & Barry.

According to Celebrity Net Worth, she has a net worth of around $200 million.

“I want to be clear about what I’m about to say. Relative to the rest of the world, I’m extremely well paid. But I know that almost everybody who works in network television works much less than I do and makes much more,” Sarah Jessica Parker told Oprah in 2004. “I own the show, so when it’s sold, there’s something in there for me. But I’ll never think I have money because I spent so many years without.

“I’ve been financially responsible for so many people for such a long time—my family—that it’s not enough to have money for myself. And it’s not about luxury. It’s about my mom’s house payments. And my father is about to be laid off on Monday,” she added.

Today, Sarah Jessica Parker is quite the opposite of her character, Carrie, from Sex and the City. In 1997, she married actor, Matthew Broderick. They welcomed son James Wilkie Broderick in 2002 and twin sisters Tabitha Hodge Broderick and Marion Loretta Elwell Broderick in 2009. 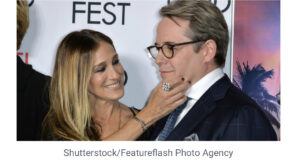 “I have a fantastic husband. Here’s the honeymoon part: I still think he’s the funniest, wittiest, most clever man I’ve ever known. He’s still the person who makes me laugh harder than anybody—and I still want him to laugh at me,” Sarah Jessica Parker told Oprah.

Sarah Jessica Parker no makeup photo
“A few times, I’ve said to him, ‘I’m not getting the big laughs from you today.’ It means something for him to laugh because he’s so bright. He’s from a world my mom held up as really desirable— that Philip Roth, super literary world. His parents were very much a part of the intellectual art crowd. I think a lot about his career, and I worry about him. This guy’s got four movies coming out, and he’s about to go back in and save a Broadway show [at the time of the interview, he was returning to The Producers ]. I think people need to know about that. Few people do what Matthew does.”

Over the years, Sarah Jessica Parker has been praised for her performances as an actress. Also, her appearance – especially her skin and glow – has been in focus on social media. In several interviews – including this one in Vogue – the 56-year-old actress has shared her best tips for getting the same glow. 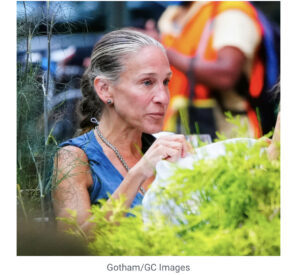 However, she’s always been a beauty icon, whether she’s wearing makeup or not.

“I’ve never thought a lot about [my attitude to beauty], to be honest,” she told Vogue. “It’s never been that I’m without vanity – because that would be total malarkey – but I sort of think that time moves along, you buy the things you like, you learn how to put your makeup on the way you feel comfortable, and that feels most like yourself.” 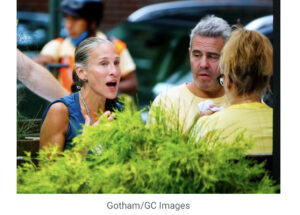 Through the years, Parker has been seen without makeup several times when walking down the streets of New York – and she indeed looks terrific!

”I’ve been seeing photos of Sarah Jessica Parker in the media, and every time I think ‘oh thank you thank you!’ Someone who is my age who looks like me” Porizkova wrote on Instagram and posted a photo of Parker and herself. ”I see my lines and droops and silver roots mirrored, and I love it. Representation!”

Sarah Jessica Parker’s had a remarkable career, and she still looks amazing! We wish her all the best in the future.

Please share this article on Facebook with friends and family if you think Sarah Jessica Parker is a great actress.