Becoming a parent opens us up to a realm of love that we didn’t think possible. I can honestly say that the day I became a parent was the happiest day of my life – the instant I laid eyes upon my baby, I knew that my time on this Earth would never be the same again.

Of course, I’m hardly alone in recognizing this sentiment: ask almost any parent across the world and they’ll tell you the something similar.

Sadly, this isn’t the case for all parents. There are those who are capable –inexplicably, we might add – of abandoning, or worse, abusing, their children. 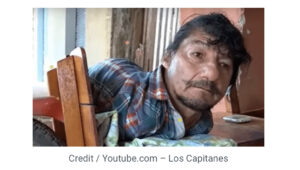 One Paraguayan family has experienced both ends of the spectrum, and their story began with a lady named Doña Ignacia, who, incidentally, turned 90 last year, in 2021.

In her younger years, she had a son, Pablo Acuña, only to realize not long after his birth that he wasn’t developing as he should.

“I quickly realized that my son, at an early age, wasn’t growing much,” she explained.

Eventually, she and her husband took him to the hospital to find out what was wrong with him, and if there was anything that could be done to help him.

“He was in the hospital for two or three months, then he [the father] brought him back just like when they left,” Ignacia explained. 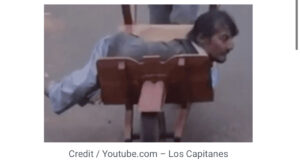 Sadly, it transpired that Pablo had been born with a condition that meant his limbs would not grow, effectively leaving him without arms and legs.

Naturally, his mom stuck by his side and nursed him as she would any other child. As he grew, Pablo required the help of a wheelchair, but still his mother reminded him everyday that he was special, and just as deserving of life as anyone else.

Perhaps it was this compassion that gave Pablo the attitude he needed to make a huge difference when he himself became a parent. As per reports, he had two daughters of his own, only for the mother to walk out and abandon them while they were young. 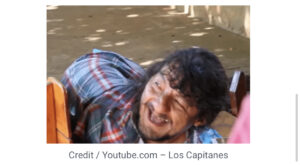 Despite the obvious difficulties and challenges Pablo faces in his life, he was able to raise the two girls with love and care. Today, they’re in their twenties, and one of them, Elida, has spoken lovingly of her father.

She explained that he is wise and intelligent, although he never attended school, and added that he is always happy and positive despite what life has thrown at him.

“My dad is my world. He is my friend… he is the best dad in the world. That’s why I left my life in Argentina and came to stay,” she said.

“To be able to take care of him because, my grandmother can no longer do it because she is already old.”

Well, I don’t know about you, but I simply love the positive message of undying family love that this story bears.