Steve Harvey ‘never lived before’ he met 3rd wife: After decades and 2 failed marriages he popped the question

I’ve always liked Steve Harvey – he seems like a nice and sincere person who has ground his way to the top of his field.

My impression is that he doesn’t act like many other Hollywood jerks – it was a very sad day indeed when Harvey was fired from his long-running NBC daytime talk show “Steve”, which he had hosted since 2012.

Like a great comedian, Steve Harvey has blessed us with a lot of laughs and smiles over the years. His humor and common sense approach to life are much-needed, especially in a world that can be overtly cruel and depressing.

But Steve Harvey is not all laughter and jokes. In fact, he also has a deeper, personal side that many haven’t seen… 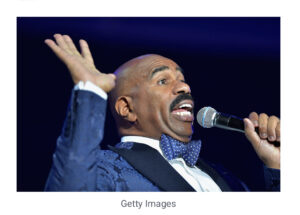 Like all people, Steve has his flaws and secrets, something that became very obvious when he invited his wife to the ”Steve Harvey Show”.

There, the famous host revealed something that made his beloved wife burst into tears … 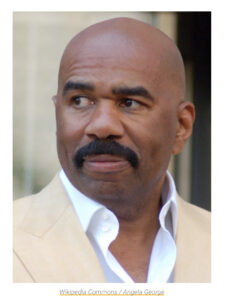 Steve Harvey was born in 1957 in Welch, West Virginia. At birth, he was given his first name – but it wasn’t Steve. No, his parents named their boy Broderick, after the actor Broderick Crawford in the TV series Highway Patrol. Despite that, he has always gone by the name Steve.

His father, Jesse Harvey, was a coal miner and his mom, Eloise, worked at a Sunday school. After a few years living in West Virginia, the family moved to Cleveland, Ohio. This is where Steve Harvey went to high school and the first known pictures of him emerged. 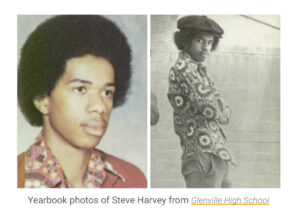 Although Harvey’s net worth is roughly $180million today, his life has been full of challenges and difficulties.

Growing up he had a stuttering problem and “was from the ‘hood’, as he explained. During the early days of his working career, he made a living as a boxer, car repairman, carpet cleaner and postman.

Then, in the 1980s, he became interested in stand-up comedy. His first appearance came in 1985, during an open mic comedy night at the Hilarities Comedy Club in Cleveland, Ohio.

“I had never even heard of a comedy club,” Steve told People.

“I didn’t even know they existed.”

But the audience loved Steve and his performance was a huge success.

Homeless for years
Yet even though he got a few gigs here and there, life was far from kind to the aspiring comedian. In the late 1980s, Steve was homeless for several years. He slept in his old car and got cleaned up at gas stations and swimming pool showers. 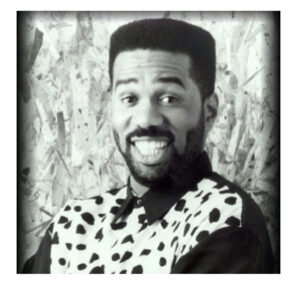 But, thanks to hard work, Steve managed to turn his fortunes around and his tireless work began to pay off. As an appreciated stand-up comedian, Steve soon landed his own shows.

Between 1996-2002, he ran the ”The Steve Harvey Show” on the WB network. The show was very popular – unfortunately, it had a hard time reaching outside the African-American community.

Since his breakthrough, Harvey has never really stopped – he can be seen and heard almost everywhere. He is known as one of the busiest entertainers in show business and the six-time Daytime Emmy Award winner has hosted Family Feud, Celebrity, Little Big Shots, radio programs, his own talk show, and written four books.

But despite all the success and all the dollars earned, Steve tries to keep his feet on the ground and he will never forget his roots.

“Hollywood is run by people who sit up in their executive office, who are not connected to Mississippi, Alabama, Chicago, South Carolina. They know nothing about that, they don’t go to church, and they make their decisions about what they think is right,” he said. 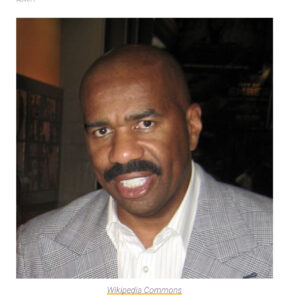 Together with his wife, he runs The Steve and Marjorie Harvey Foundation, which helps over 3,000 families each year. Through various events and donations, the foundation helps families and offers them mentoring programs, education, and financial assistance.

“I am from the hood; I never had nothing. Now that I have something, I must give back,” Steve says.

Married three times
Today, Steve Harvey is happily married to Marjorie Bridges and the couple tied the knot in June 2007.

Prior to that, the comedian and media mogul had two failed marriages.

His first marriage, to Marcia Harvey, resulted in two daughters and a son. Unfortunately, they couldn’t make their relationship work and finalized their divorce in 1994. Steve lost touch with his children while trying to conquer the world as a comedian. 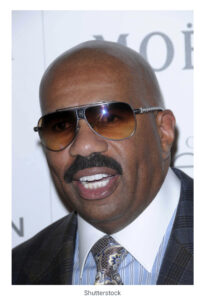 “Years later they said to me, ‘Dad, we didn’t understand why you left us, but we know now you had to go. You didn’t just belong to us. You belonged to the world,’” Harvey said.

With his second wife, Mary Shackelford, Steve had a son named Wynton. When they divorced in 2005, Steve claimed that their split wasn’t that dramatic.

“It was nothing volatile, or about anybody else involved, or anything like that. We’re still friends and all, and I still love her,” he said.

But Mary made harsh accusations, claiming that Steve had been unfaithful, left her with nothing, and ”took my Wynton from me”. She said that the media star had destroyed her life but Steve denied everything and, in 2011, his ex-wife was slammed by Judge Robert Dry for making false allegations.

But let’s head back to Steve’s current marriage. 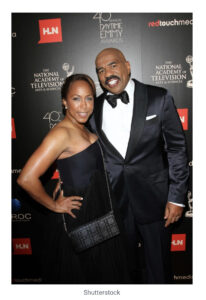 Steve and Marjorie actually met as early as 1990. At the time, Steve was doing stand-up at a club in Memphis, Tennessee. Marjorie came to watch him one evening, but she was late and had to push her way through the crowd to reach her place in the front row.

That caught the attention of Steve, who stopped his show and just stared at the beautiful woman trying to find her seat. Marjorie got very nervous when Steve interrupted the show and everyone’s eyes landed on her.

Steve then said to the audience:

No one knew then and there that this would actually be the case. 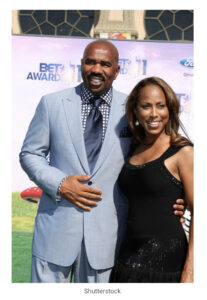 Fate eventually brought the couple together in 2005, when Steve’s second marriage failed. After dating Marjorie for two years, Steve fulfilled his promise from 1990 and married her.

Steve Harvey has been very open about how much he loves his wife and how Marjorie made him to the man he is today.

And the love between the spouses is mutual.

“I wish every woman can find a soulmate like I’ve been blessed to find. This is really my best friend,” Marjorie told Essence.

During an episode of the Steve Harvey Show in 2015, which aired on Mother’s Day, the comedian once again showed how much he loves his wife.

Steve had invited Marjorie to the show and explained to her that he needed her help to celebrate a very ”special mother”. 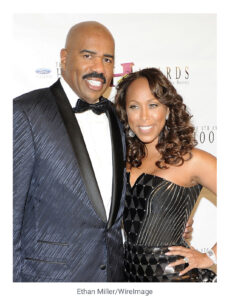 Once in the studio, Harvey stood in front of the camera and his millions of viewers – while staring at his wife and saying:

”I have a confession to make…”

Marjorie looked surprised and probably wondered what the big secret might be.

At the same time, the audience began to cheer and Steve revealed his secret -– Marjorie was invited to the program because it was Steve’s special way to honor her for Mother’s Day! 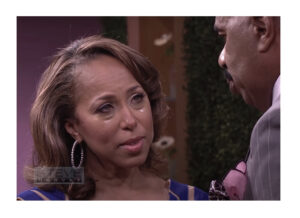 Marjorie, with tears in her eyes, soon realized that her appearance on the show was only part of her husband’s grand plan to tell how much he loved her. After that, Steve continued to talk about the first time they met and how much he appreciated his wife – both as a life partner and as a mother.

On stage, the comedian said to Marjorie:

”I wanted to tell you..from the moment I saw you … the first thing I said to you ever was … ‘I’m gonna marry you one day.’”

Steve also explained that she makes him live every day to the fullest and that he would never be where he is today without her. She gave him joy and happiness to life that he hadn’t felt for a very long time.

“I don’t bring up exes. I don’t remember them or have any fond memories. I didn’t know anything until my wife came along,” Steve shared.

He could’ve done this privately but chose to do it on national television and that’s amazing. I respect Marjorie. You can just tell how much Steve loves her. This marriage isn’t like his previous ones, you can just tell that Steve is afraid to lose her. This is the kind love that God intended man to have for his wife!

And there is no doubt that Marjorie is a fantastic mother and wife.

“You made my children comfortable and I existed before you and now I live. I never lived before you”, Steve said.

Majorie has three children from a previous relationship – all of whom Steve adopted. So it really is a mixed family nowadays.

“When you’re dealing with a blended family, everyone is coming from a place of broken,” Marjorie said.

“We knew this was right. But I just told them, ‘Everyone is included. Everyone has access to their parents. Whatever you didn’t have before, don’t let that interfere with what you can have now’”. 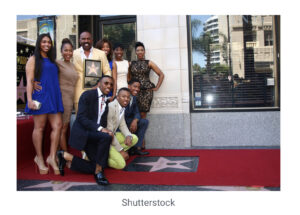 Steve and Marjorie have such a special love. I hope to find that one day!