The Olsen twins cut their dad out of their million-dollar empire; years later he filed for bankruptcy

I don’t think it’s an exaggeration to say that few child actors have had the same success as Mary-Kate and Ashley Olsen.

The Olsen twins were two of the – if not the – most popular child actors in the world during the 1980s and 1990s. Starring on the popular series Full House, massively helped their brand, and they went on to do other TV shows and movies after the series ended.

Of course, many of today’s greatest actors have starred on classic shows as children. But in many cases, they’ve had smaller roles that can’t be counted as breakthrough ones.

However, the twins are known for being very private and seldom speaking in public. But now, Mary-Kate and Ashley Olsen have given their first interview in years. 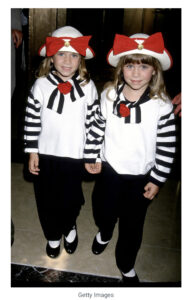 Mary-Kate and Ashley were born in 1986 in Sherman Oaks, California. Ashley arrived first, followed by her sister two minutes later.

As their last name hints at, their family has its roots in Scandinavia. The Olsen family is of Danish and Norwegian origin.

Even from the day they were born their parents could see that the little girls were special. Their father, David, was a real estate developer, and their mother, Jarnette, worked as a personal manager.

The twins became superstars overnight when they starred in the classic television series Full House. 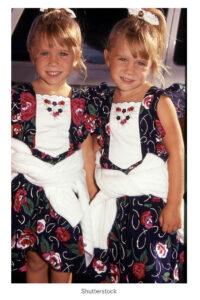 Olsen twins became stars in Full House
It’s likely that the Olsen twins can’t even remember their first time in front of the cameras. They made their acting debut in 1987, when they were only nine months old, sharing the role as young daughter Michelle Tanner on the sitcom Full House.

To get the part in the popular series they had to beat out nine other pairs of twins. The truth is that the production team of the series had actually decided on another set of twins to play “Michelle Tanner”. But when the producer saw the Olsen twins, he decided to go for them instead. 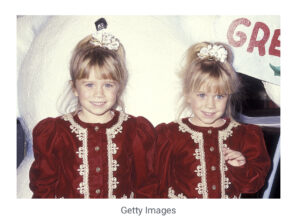 And the twins quickly became famous all over the world –people just couldn’t help but fall in love with the cute and charming little toddlers.

Full House ran for a total of eight years, so when Mary-Kate and Ashely were only 12 years old they were already big celebrities. The whole world was thrilled by the twins’ character, Michelle. Her most memorable line of them all, “You got it, dude!” became a classic. 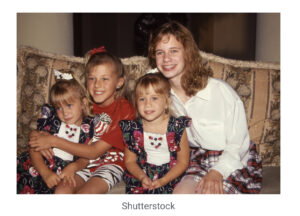 As most people may know today, Mary-Kate and Ashley shared the work of portraying Michelle. Since they were so small at the time, the production had to alternate between the girls, otherwise, it would be unendurable for one so young.

I would guess that almost everyone believes that the Olsen twins are identical twins, but the fact is that they are not. Mary-Kate and Ashley are fraternal twins, this means that they could just as easily look nothing alike. They only share half of their genes, just like any other siblings.

After Full House
After Full House the Olsen twins starred in feature films and landed a television series, Two of a Kind, which aired from 1998 to 1999. They also then starred in several musical detective videos called The Adventures of Mary-Kate & Ashley, as well as You’re Invited to Mary-Kate and Ashley’s sleepover party tapes.

“We had a collection with Walmart at twelve, which was the upper tier of the tween market. It was before celebrity designers,” Ashley Olsen told Vogue. 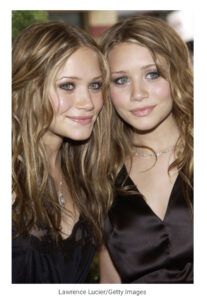 “And we were really designing it,” Mary-Kate added. “It would be jeans, a bit bohemian, or with a little blazer. It was really fashion-forward.”

The company making it possible was Dualstar. Mary-Kate and Ashley took control of the company, which was built on their childhood earnings in both television and movies, on their eighteenth birthday.

Before that, it was their father David who had run the business empire. As a chairperson, he cut back on his own work to focus on Dualstar.

“A child actor cannot be anything without a stage parent and it’s where the stage parent takes it,” talent agent Lorrie Tierney said in 2013. “They were just cute early on, but I think their dad knew what he was doing and knew how to promote them.” 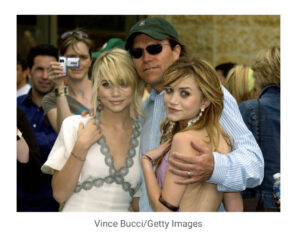 In 2004, the twins seized control of their company – back then, it was worth more than $100 million. They no longer needed their father in a legal sense, but it wasn’t an easy decision to cut their parents out of their multi-million business. For example, their father filed for bankruptcy in 2010.

There were also rumors of a rift in the relationship between Mary-Kate and Ashley over how they would deal with the company.

Some could be traced back to the years when Mary-Kate was fighting against her eating disorder and anorexia.

“Mary-Kate had some real issues with the family after they put her in rehab. But now she feels like that may have colored her decision to cut them out of Dualstar. Mary-Kate now regrets her decision — on the other hand, Ashley thinks it was the right move. That’s what Mary-Kate and Ashley mainly fight about,” a source told National Enquirer. 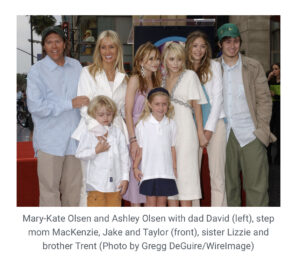 After being in control of the company, the twins decided to move to New York City. Today, Dualstar has retail sales of a staggering $1 billion.

The twins had worked for the most part, or pretty much every part, of their lives up until that point, and decided to take a well-deserved break from acting. The paparazzi were everywhere, always wanting to grab a piece of them.

“I am so proud of what we did. We made kids smile every day. But we had done the most we could do,” Mary-Kate said. “There was a fear … but also, an exhale.” 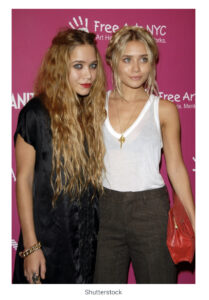 She started studying at New York University’s Tisch School of the Arts, and in 2009, she spent a semester studying in Russia at the Moscow Art Theatre School.

After her graduation from Tisch School of the Arts in 2011, she had already started her professional career as an actor, starring in Silent House, Peace, Love & Understanding and Martha Marcy May Marlene, which were her three first major parts. And since then her career has continued. 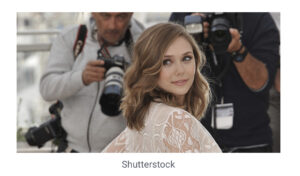 “My favorite thing about working and being on set as an actor is having to be so present in what you’re doing,” she said. “It’s such a relief—it’s almost meditative. The only thing that matters is the moment”, Elizabeth Olsen said.

Successful fashion brand – The Row
As per Elle, the last time we really heard something from the Olsen twins was speaking in a brief appearance on Pretty Little Liars star Ashley Benson’s Instagram account. The sisters recorded a Cameo-style birthday video, which Benson posted to her grid back in 2019.

Even though Mary-Kate and Ashely Olsen have been keen keeping their distance from the public, they have been very successful in maintaining one of the most famous fashion labels in the world.

Their brand The Row has starting prices close to $400 for a normal tee, this is the same price bracket as fashion houses like Gucci. Often, their key pieces are sold out but are usually available in over 80 countries all over the world.

By 2015, The Row was raking in over $50 million in annual sales, according to WWD. During 2018, meanwhile, they were able to expand The Row to include menswear. 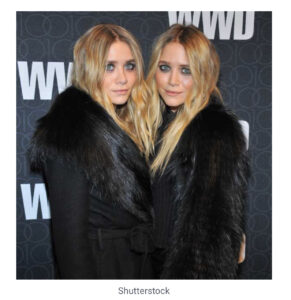 Rare interview with the Olsen twins
On the 15th anniversary of The Row’s, Mary-Kate and Ashley Olsen did an interview with i-D Magazine, where they talked about their journey from television to chic tailoring.

”We had just moved to New York. We were 18-years-old and I think what we did know was that we wanted to take that time to take a break from what we were previously doing and to explore things that interested us, and explore what life has to offer”
Mary-Kate went on to explain that the pair live seemingly reclusive lives. “We’re a bit out of practice. [We’re] discreet people. That’s how we were raised.”

Their private approach also translated into how they have marketed The Row.

“We really didn’t want to be in front of it. We didn’t necessarily even want to let people know it was us, in a way. I think, to this day, you’ll see we really put the product first”, Ashley explains to i-D Magazine.

Net worth – Mary–Kate and Ashely Olsen
Upon hearing about the Olsen twin’s success, a frequently asked question concerns their economy and assets.

Considering the royalties from their various TV series and movies, plus two fashion brands, and not forgetting a number of concession brands, the twins have revenue streams right left and center.

As per Washington Post, the series Full House made the twins $2,400 per episode in the beginning, though this number then increased to $25,000-part way through the run. But this was not all; towards the end of the show, the pair were making an impressive $80,000 per episode. 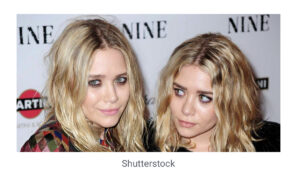 The fact is that in 2018, the Olsen twin’s net worth was estimated at well over $400 million. But with The Row generating between $100-200 million a year in sales, there’s a chance that the sisters are now worth upwards that number, according to Elle.

Please share this article with your friends and family if you’re are also a fan of the Olsen twins.

We wish them good luck in the future and hope they continue being happy and successful.