We all remember belting out along with the great Tina Turner as she sings ‘What’s Love Got To Do With It’. Her powerhouse vocals are stamped in everyone’s memories. The beloved songstress behind countless hits has led an eventful life. And more recently, has had some health troubles…

Tina Turner is a much-beloved superstar known for her powerful vocals. In recent years, the mega-star has slowed down due to health and personal reasons. But her husband, Erwin Bach’s support throughout has been unwavering.

But it wasn’t always like that. Tina Turner gets her last name from her first husband, Ike Turner. Tina met Ike at a nightclub in Manhattan, and since their first meeting, the duo was practically inseparable. 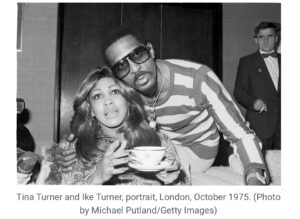 The two first started making music together but soon their relationship became more personal. A few years after their initial meeting, Tina and Ike went to Tijuana, Mexico to exchange wedding vows in 1962.

While their marriage seemed picture-perfect to the outside world, inside it was crumbling. Tina revealed years later, in her book ‘My Love Story’, that the marriage was abusive; both physically and verbally. She talked about Ike’s temperament and how whenever he felt Tina had insulted him in any way, he would become physically abusive.

The abuse went on for years until 1976 when Tina decided she had had enough and separated from Ike. Two years later, she officially divorced him.

After this, the mega-star was bent on staying single. Until she had a chance meeting with Erwin Bach.

Tina met Erwin when he was assigned by his company to pick her up from the airport. Tina was set to perform in Germany when she met her now-husband, who at the time was a 30-year-old music executive for EMI. 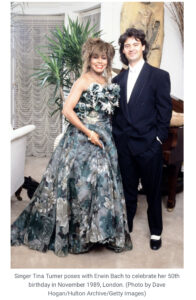 Tina later recalled that it was an instant attraction. She said, “He had the prettiest face. You could not miss it. My heart went bu-bum. It means that a soul has met. My hands were shaking. And Roger said to me, ‘Tina, you ride with Erwin,’ and I wanted to go, ‘Yay!’”

She confessed that she had doubts in her mind, telling her that romance never ends well. But she ignored all of that and made sure to get to know Erwin a little better.

Tina offered Erwin to visit her in the U.S., which he agreed to. When the couple met in Tina’s part of the world, she was convinced Erwin was the one. His unpretentious and laid-back nature really appealed to the singer. 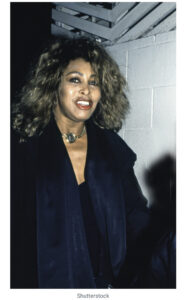 The couple is still very much in love today. Erwin said to the media, “It’s love. It’s something we both have for each other. I always refer to it as an electrical charge. I still have it. Even though when I left her two hours ago, I still have that feeling. It’s in my heart. I feel very warm about this.”

On Tina’s 50th birthday, Erwin decided to propose. He was confident about a positive response but was surprised when the songstress declined, citing her bad experience with marriage as the reason.

Tina later said of the proposal, “I said, ‘I don’t have an answer.’ It wasn’t yes, it wasn’t no. Marriage says ownership. I didn’t want that ‘my’ anything, anymore. I had enough of that.”

However, the love between Erwin and Tina did not waver and the two continued on. Erwin’s unwavering commitment finally convinced the singer to try marriage for a second time, as she said yes to his proposal nearly three decades after the initial question. 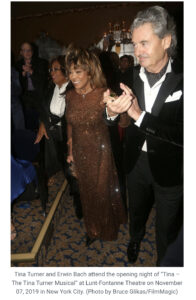 The couple tied the knot at their luxurious estate in Switzerland. The attendees for the nuptials were high profile and included the likes of Oprah Winfrey and Gayle King.

Tina wore a fabulous dress by Giorgio Armani, embellished with Swarovski crystals. Tina was incredibly happy with the ceremony and said that it had gone exactly as she had envisioned.

The couple resides in their beautiful property in the Zurich suburb of Kuesnacht. The property overlooks Lake Zurich and reportedly gives the feeling of being in a palace.

Since Tina retired from performing in 2009, she has lived in the privacy of her Swiss home full-time. The singer even relinquished her American citizenship when she became a citizen of Switzerland. 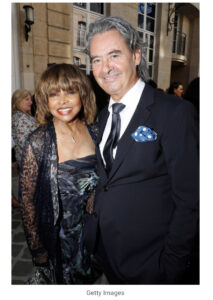 Turner says of living in Swizterland that it is amazing and that she is very well recognized in Europe. She said in an interview, “I’m as big as Madonna in Europe. I’m as big as, in some places, the Rolling Stones.”

Just as Tina’s life finally became peaceful, she received some devastating news about her health. In 2016, Tina received the diagnosis that she had kidney cancer. Her options were limited; regular dialysis or a kidney transplant. The latter would give her a chance at a near-normal life but kidney donations were harder to come by.

But luckily for her Erwin stepped in. Her husband made the ultimate sacrifice for his beloved.

“He said he didn’t want another woman, or another life. Then he shocked me. He said he wanted to give me one of his kidneys”, she said.

Tina’s health finally recovered with Erwin’s sacrifice. And when things again started to look up, her life took another sad turn.

Tina Turner lost her firstborn son, Craig Turner. He was Tina’s son from a relationship she had before she met Ike, but Ike Turner had legally adopted him. 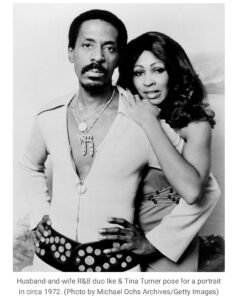 Craig Turner was founded dead from a self-inflicted gunshot wound. Tina was heartbroken at the tragic loss of her child. But through it all, Bach remained on Tina’s side as her strength.

Turner shared that the two still very much had the spark alive in their relationship. She posted a picture of the couple embracing, with the caption “Erwin and I have been together for over 30 years and he still writes me love letters – isn’t that romantic?”

Tina Turner and Erwin Bach’s love shows you that true love can really conquer it all. The duo has been steadfastly by one another’s side through thick and thin.

Share their very real yet beautiful love story with others to give them hope that true love finds you – no matter where in life you are!