Woman becomes mom at 66: Inside her struggles with social rejection, baby was called ‘product of dark force”

The day you become a parent is a day you will carry with you for the rest of your life. Suddenly, a unique little individual has been welcomed into the world and is dependent on you. It’s your job to create the best conditions for them and help them fulfill their dreams.

When Adriana Iliescu became a mother for the first time in 2005, she made headlines around the world. The reason? She was 66 years old.

When Adriana gave birth to her daughter Eliza, her happiness was infinite.

Now, 17 years later, the elderly mother is once again in the spotlight after new pictures of her daughter are getting a lot of attention… 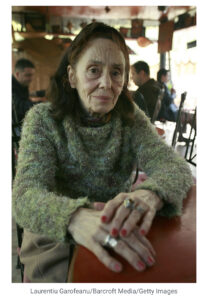 There are days in a person’s life that really change everything. Everyone who is a parent probably agrees that the moment you welcome your son or daughter is indescribable.

Seeing that precious child look up at you for the first time, it’s the best feeling in the world.

Some children are written into the history books at birth.

That’s precisely what happened to Eliza Iliescu when she was born in 2005 in Romania. Because of her mother, the girl became historic. 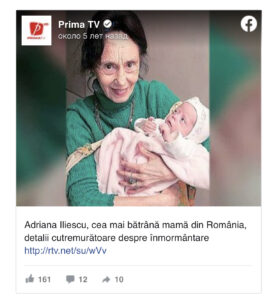 Adriana Iliescu was 66 years old when she became the world’s then oldest mother. For obvious reasons, her birth story made headlines and the birth of Eliza earned Adriana a spot in the Guinness Book of World Records.

In 2010, Adriana opened up about motherhood and talked about her feelings because she had been heavily criticized after she became a mom. People thought she was selfish and too old. 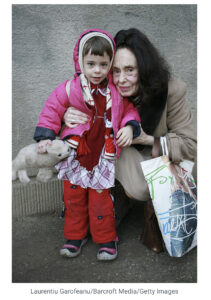 “People think they are being funny when they call me granny, but I didn’t have Eliza to make me look younger. I never feel my years.”

During her interview with the British tabloid, the then 71-year-old Adriana also revealed that she had plans to have another child. 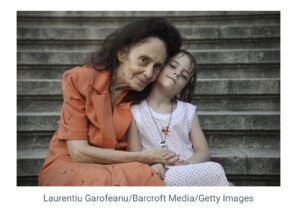 ”Medically, it’s possible,” she said. ”I ­understand there are trials going on with a 70-year-old woman in England, so it could be done. I am fine and healthy and I think it would be possible to have another child in the future, but I’m not in a rush at the moment.”

Like most daughters and mothers, Adriana and Eliza have formed a strong bond over the years. Eliza is an energetic, funny, and very happy child.

Even though many have an opinion about Adriana’s age, the elderly mother claims she’s a good parent and that she does everything for Eliza. 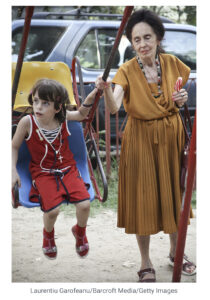 “I don’t smoke and I don’t drink. If I live as long as my parents did, Eliza will be 20 by the time I pass away. I think I still have a lot to give her,” Adriana says.

Becoming a mother so late in life was not Adriana’s choice. When she was young and newlywed, Adriana Iliescu was forced to abort her baby for medical reasons. At 24, her husband abandoned her.

After that, Adriana focused on other things in life and at her teaching job at a university in Romania. 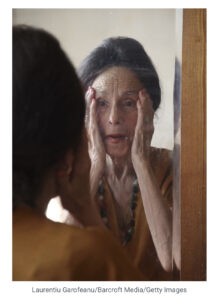 “I couldn’t even think about a child, as I was working,” she said and continued:

“But, from the age of 37, after I had ­completed my doctorate, I was ready to have a child. But there was not IVF back then.”

Adriana was 57 years old when in-vitro fertilization became available in Romania. Adriana received treatment, but her first pregnancy, in 2000, failed. 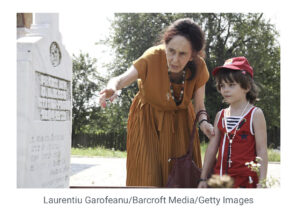 People who heard about her ambition to be a mother turned their backs on her. They thought Adriana was doing something immoral – but she never lost hope, and her will to become a mother was unyielding.

She then turned to Dr. Bogdan Marinescu in Bucharest for treatment, which led to Eliza’s birth. In fact, Adriana became pregnant with triplets, but two of the babies died in the womb, and Eliza was the only one who survived. Unfortunately, she was born prematurely, so she spent a long time in the NICU. 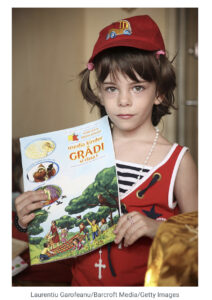 But soon, she had grown up to be a strong little girl, and the deeply religious Adriana wanted to baptize her daughter. Unfortunately, several religious organizations didn’t like Adriana becoming a mother at such an old age. When Eliza was baptized, the nuns gave Adriana looks, and one even called her “the product of dark force.”

Adriana herself claims that Eliza is a gift from God.

Adriana Iliescu today
In 2022, it has been 17 years since Adriana became a mother for the first time. Now, they’re having a great time together – even though Adriana is often believed to be Eliza’s grandmother.

But the experienced mother still feels great in her body and mind. She has a lot of love to give, which is essential for raising a child.

At age 83, Adriana continues to work on her writing. She’s produced more than 25 books for children and insists she is healthy. She still works as a part-time lecturer in Bucharest, despite looking like a great-grandma.

And Adriana has also made sure that Eliza’s future is in good hands.

When Adriana turned to IVF, she made a deal with the doctor. He’s going to be the godfather and the legal guardian of the girl if Adriana passes.

As for now, Adriana wants to keep her family life private, but we know that 17-year-old Eliza hopes to study and attend college. According to Brightside, Eliza is an award-winning student and follows in her mother’s academic footsteps. 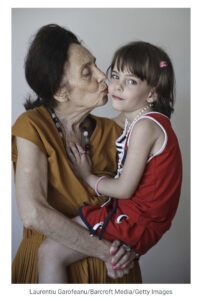 It seems as though she is doing a better job than many 25 and 30-year-olds. She is DEVOTED to her child with — NO distractions. Her daughter looks very happy, content, and well rounded, a beautiful soul.