It’s no secret to most of us that some people are forced to accept responsibility for things far earlier in life than others.

If we’re lucky, we get to experience childhood and our teenage years without too much outside pressure. I certainly did, and for that I’m forever thankful.

Melissa Irons, however, was only 21 when she became the guardian of her two young brothers. Having spent the majority of her youth in and out of foster homes due to her mother’s drug problems, Melissa joined the Marines when she got the chance.

Her two brothers, Christian and JJ, meanwhile, remained in foster care. Sadly, as a result of their varying ages, the three always found themselves in different homes. 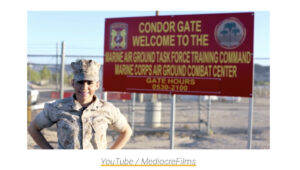 Well, that all changed in 2014, when their mother tested positive for methamphetamines. Melissa knew this meant her brothers would be stuck in their respective care homes for even longer, and that just didn’t sit right with her.

Despite her commitments and duties to the Marine corps, Melissa traveled to Alabama to try and get legal custody of both Christian and JJ.

Now, Melissa knew that her age and financial situation could count against her, but she simply had to try. So, she pled her case before a court, knowing that her brothers wanted to live with her. 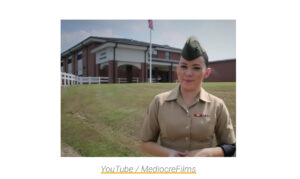 As fate would have it, Melissa won custody after a 3-day road trip! A program called Prank It FWD followed her journey, tailing her to the school her brothers attended when she was to deliver them the news. All told, it turned out she hadn’t seen them in 6 years!

Needless to say, Christian and JJ were delighted to be able to go with their big sister to their new home in California that same day.

Not only that, but Prank it FWD had arranged for the family to receive a new Toyota Rav, absolutely free of charge, along with a maintenance plan, tax, title, and registration! 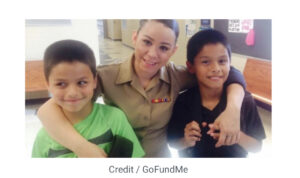 Watch the video below to see the full inspiring story:

What an inspiation Melissa truly is. Not only is she a proud Marine, but she also has to be in the running for the title of world’s best sister!

Please, share this article on Facebook if you, too, want to praise Melissa for taking in her young brothers! Hopefully this little family will have a new chance at a better life.