Tierney Batt was the first person to hear a 12-year-old boy screaming as he struggled to stay afloat in a river in Scotland.

Despite not being able to swim the 8-year-old didn’t hesitate to rush to the aid of the struggling older boy.

The youngsters were enjoying the cool water of the River Tay’s Moncreiffe Island in Perth while the U.K. experienced record high temperatures.

Cayden Peterson had got into difficulty in the water and started screaming. Tierney heard his screams and when nobody else rushed to his aid she didn’t hesitate to throw herself into the water.

Tierney Batt, 8, waded into the River Tay in Perthhttps://t.co/xVzIK50gDL

She managed to keep his head above water as they waited for help.

Cayden’s mom Kerry says Tierney was “incredibly brave, calm and simply amazing” for what she did, as per the Daily Record.

“For a young child she did something some adults might not have thought about,” she added.

“I can’t express just how grateful I am – things could have been very different if she hadn’t helped him.

Another water hero. Second this week. Glad to live in such a caring community!

‘She was incredibly brave': Girl, 8, helps save boy after getting into trouble in River Tay a… https://t.co/pFtXWyc3J6 via @thecourieruk

“She put herself in a situation of danger too, so I’m just so happy they’re both okay.”

Tierney’s dad Greig was impressed by his daughter’s brave actions but said he was fearful.

“Proud isn’t the word,” he said as per the Daily Record.

“The whole family were so nice, they thanked us so much and Kerry sent me a message on Facebook just saying how grateful they were.”

‘All of a sudden it dropped’
Kerry issued a warning to others to be careful around water even if you are a good swimmer.

She said: “The water might look still and you might think it’s not too deep, but my son had his feet on the bottom of the river.

“All of a sudden it dropped and he couldn’t touch the bottom, and there was an undercurrent.” 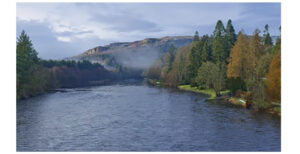 This young lady deserves a medal for what she did that day, her quick- thinking actions saved this boy’s life. Well done Tierney!

Please share so more people are aware of the dangers of open water.