9-year-old brother of bride steals the show with heartfelt wedding speech, leaves all in tears

When 9-year-old Gus, from Denver, Colorado, found out his sister was engaged he had mixed feelings.

He was, of course, happy for his sister Catie and her husband-to-be Troy Husdon and was looking forward to the big celebration but was also worried that he wasn’t going to see his sister as much.

Despite he and his sister being half brother and sister with more than two decades between them, the two are very close.

“I was worried that she wouldn’t spend as much time with me as she used to,” Gus said, as per Yahoo News. “So it was really stressful in that way because I didn’t want to lose her.” 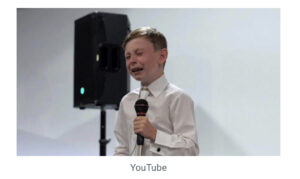 When it came to the day of the wedding all Gus’ fears went away as he got caught up in the magic of his sister and her new husband’s beautiful ceremony.

“It’s just kinda like magic. And most of my worries about them just kinda went away,” he said. 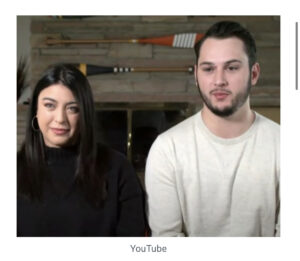 Gus wasn’t planning on making a speech but felt like he had to stand up and say a few words – only nobody was expecting him to steal the show with the most precious and touching moment of the day.

His lips quivered and tears filled his eyes as Gus bravely stood up on stage, took the microphone and spoke directly to his sister and new brother-in-law. 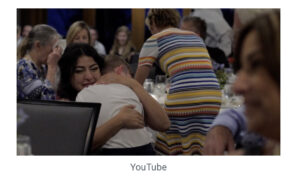 “I’m so happy that you guys got married today. And I know I might seem a little sad up here, but these are tears of joy. Catie, I love you so much and I’m so happy you gave me a brother-in-law,” Gus said, while fighting back the tears.

The speech left the bride and groom in tears and Catie rushed over to give her sweet little brother the biggest hug.

“He’s just like, ‘I’m doing what I want to do. Here we go.’ And he’s passionate,” the bride said of her brother.

Later when the brother of the bride was asked why he said what he said in his wedding speech, Gus said that you shouldn’t let fear drive you away from your family. He said, “Don’t let that separate you because deep down you love them and they deep down love you.”

Such a wise boy for such a young age and what a blessing he is to his big sister and family.