A birthday is an important occasion no matter what age you are. But for a child turning 10 years, it is an especially big deal.

So when a birthday party does not go the way the child had hoped for, it hurts all the more. No child should have to face no guests showing up at their birthday.

It was a big day for Andrew Schmidt, a Milwaukee resident who was turning 10-years-old. The young boy was excited for his big day, his mother had planned a nice birthday party for him.

Schmidt anticipated a day of fun and play. But… no one turned up.

“I’ve got decorations. I’m planning on 20 people showing up,” said Kayla Sippel, Andrew’s mother. She adds, “Two hours in, no show. Andrew kind of looked at me and was like, ‘mom where is everybody?’”

Schmidt is an autistic child and took the rejection from his intended birthday guests exceptionally hard.

His mother told the media, “I’ve never seen him so devastated.”

It was hard for both Andrew and his mother not to take the zero attendance at his party personally, Sippel said, “I felt like I had failed him in every aspect of it. And all he kept saying was ‘why doesn’t anybody want to play with me, where are all my friends, how come no one wants to come to my party,’ and it just broke my heart.”

The guests that had shown up were relatives; Sippel’s brother and uncle.

This is when her husband took to the internet. He posted about what had happened and how devastated Andrew was and made a simple request; he asked everyone to send him cards in exchange for good karma. He specified that they were not looking for money or anything else; just birthday cards to cheer up the heartbroken child.

He wrote the family’s address and hoped they would receive a few cards.

What happened next is something none of them expected.

Within days, the family were inundated with cards. Hundreds of letters appeared in their mailbox seemingly overnight from all over the country.

Sippel said, “We’ve gotten some from Mississippi, Missouri, Texas, California.” And that was not it. People pooled together money to get the birthday boy a gift.

A community based organization Community Task Force MKE collected funds to get the little boy some presents. Their leader, Vaun Mayes gave the young birthday boy his presents on a live stream.

Andrew Schmidt was very excited. His mother says the young boy has been in high spirits since the cards started rolling in and has completely forgotten the entire disappointment he faced at his birthday party. 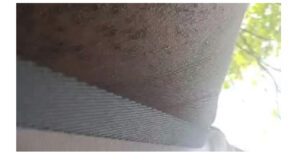 What a wonderful ending to what began as a sad story. There truly is a silver lining if you are willing to find it. We wish young Andrew Schmidt a very happy birthday!

Share this heartwarming tale with your friends and family to make their day.