Acclaimed martial arts expert and actor Chuck Norris is known for always having a beautiful woman on his arm.

He’s been married to former model Gena O’Kelley since 1998, and the two have twins Danielle Kelley and Dakota Alan, born in 2001.

Norris has opened over 30 karate studios and has taught celebrities such as Steve McQueen and Priscilla Presley. The former U.S. Air Force officer has also appeared in hit movies such as Way of the Dragon, Missing in Action, Code of Silence, and The Delta Force.

The Oklahoma-born father of five met Gena nine years after divorcing his first wife of 30 years Dianne Kay Holechek. The two had been classmates at high school in Torrance, California and married when Norris was 18 and she was 17.

Four years later the couple had their first child, son Mike in 1962. However the following year Norris also had a daughter, born out of an extra marital affair with a woman named Johanna, as per the Mirror.

In a 2007 Daily Herald article the Good Guys Wear Black star said he was grateful to the mother for keeping her child.

“There might be illegitimate parents in the world,” Norris says. “I know because I was one, but there are not illegitimate children. God has a plan and purpose for each of our lives.”

The famous martial arts expert, who has participated in several martial arts tournaments and emerged victorious in most of them, only learned about his daughter Dina DiCiolli 26 years after she was born.

In his book “Against All Odds: My Story,” Norris revealed he cheated on his first wife and fathered a child with another woman named Johanna while he was stationed in California in the U.S. Air Force.

Norris admitted to still feeling ashamed about lying to Johanna in the book as he never told her he was married.

Norris did not know Johanna got pregnant and gave birth to their daughter. He found out about it in 1991 when Dina wrote to him, claiming to be his biological daughter.

Dina had found out Norris was her father when she was 16 – she overheard her mom talking to a friend about him. 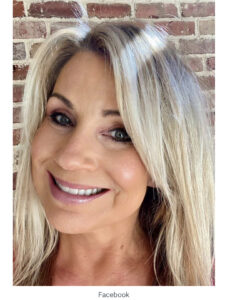 Norris recalled the moment he met his daughter Dina and how he didn’t need DNA or blood tests to confirm if Dina was his daughter. When he saw her, he went to her and wrapped his arms around her while tears flowed freely from their eyes. In the book, he wrote that he felt he had known her all his life at that moment.

Dina is a married realtor and mom of three children: daughter Gabi and sons Dante and Eli.

In June 2012, the proud mom shared a picture of Gabi posing in the lab while doing medical research. Gabi tied the knot in October 2018 and shared pictures from the ceremony on Facebook. 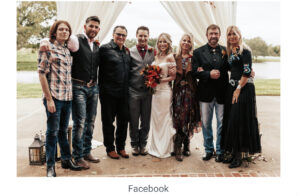 A picture she shared showed her and her husband posing with her family members alongside Norris and his wife, O’Kelley.

Norris is very proud of his five children. In a Father’s Day post from June 2017, he posted a snapshot wishing everyone a Happy Father’s Day and captioned it: “Being a father is one of God’s greatest blessings a man can experience.” 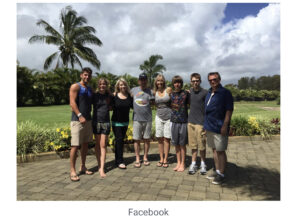 I love that Norris immediately accepted Dina into his life, she deserved to know him after so long. I wish them a very happy life continuing to get to know each other and sharing the good times.