Dad and twin sons cut 80 trucks worth of firewood, only to give it away to needy families – thank you for caring

Every once in a while, you stumble upon a deed or act that melts your heart.

You know the sort of thing I’m talking about. It could be a story wherein someone has gone above and beyond to facilitate an act of great charity, or perhaps it’s simply someone doing something nice without anticipating anything at all in return.

Performing such a deed often carries its reward in the feeling of bliss bestowed upon one’s soul. That said, it’s always nice to recognize people who are making a genuine effort to make the world a better place.

Shane McDaniel and his twin sons Henry and Harrison fall into that category of do-gooder. Shane spent a good deal of time harvesting firewood with his father when he was a child, and was eager for his 21-year-old boys to help him continue the tradition … 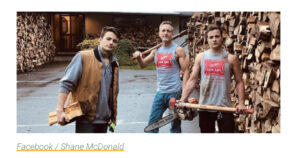 The family, who live in Lake Stevens, Washington, had their work cut out for them in the wake of a heavy storm.

As Shane explained: “I had a lot of wood I had to cut because of storm damage and trees that were taken down. It just kept piling up and piling up. Once it got to be such an amount of wood we decided we could do something better with it.” 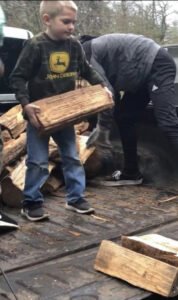 They put their heads together and settled on a solution that would not only clear the wood, but also help a deal of other people at the same time.

McDaniel, speaking to PEOPLE Magazine, said: “The Pacific Northwest is a pretty rugged area, it’s cold and wet. Once I started, I saw the need and my eyes were opened up. So many people were stopping and asking to buy it and we just started giving it away.” 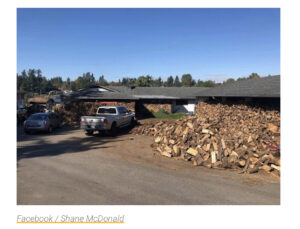 All told, the project ran from March through October 2018, during which time Shane, Henry and Harrison chopped enough firewood to fill a whopping 80 trucks.

Shane took to Facebook to issue a plea for collection. That’s right … they had more firewood than they knew what to do with. 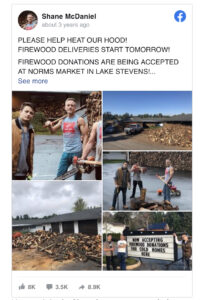 Unsurprisingly, Shane’s post garnered plenty of attention. Most people were taken back by the family’s generosity, and there were even those who volunteered to help distribute the firewood to people unable to come and get it.

Good feeling
“It’s a pretty wonderful thing to see. You can just see this feeling of pride and sharing that I don’t think they had before,” Shane said.

“When you do good things for people, they don’t forget. I love helping people.” 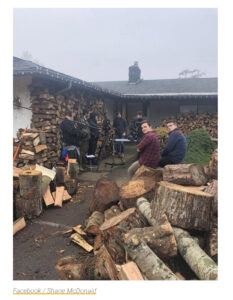 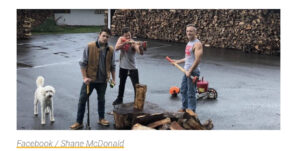 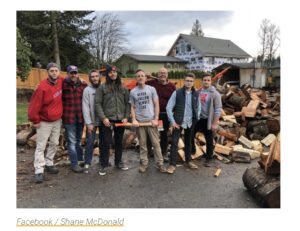 What a way to help the community, and what a way to show your compassion as a family! Shane, Henry and Harrison, we salute you!