David Birney, a prolific actor from the ’70’s known for his iconic roles on St Elsewhere and Bridget Loves Bernie has succumbed to his illness and passed away at the age of 83. 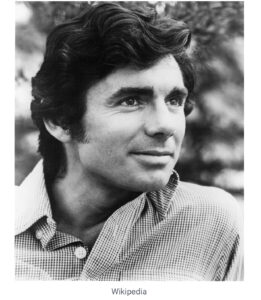 He passed away in his home in Santa Monica on Friday, as reported to the media by his longtime life partner, Michele Roberge.

Birney had been diagnosed with Alzheimer’s five years ago and had been battling the disease ever since. He succumbed to Alzheimer’s at the age of 83 on April 29, 2022.

Birney started his career with Broadway success which lead him to bigger things. He landed a leading role on the show “Bridget Loves Bernie” in 1972. The show had a plot that was considered controversial at the time. Despite the controversy, the show gained popularity and solid ratings.

But the show was soon canceled because of protests from Jewish groups who were against the on-screen depiction of an ‘intermarriage’ between a Jewish and a Catholic character.

However, while their on-screen romance was cut short, Birney pursued a relationship with his co-star Meredith Baxter off-screen. The couple (both divorcees) tied the knot in 1974 and had three children during their union. The two divorced one another in 1989.

In 2011, his ex-wife Meredith Baxter released her memoir titled “Untied: A Memoir of Family, Fame, and Floundering” in which she made allegations that Birney had been an abusive partner. She alleged that Birney had physically and verbally abused Meredith. 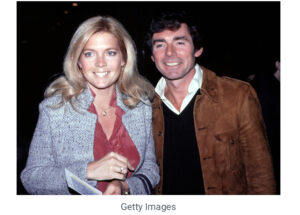 Another one of Birney’s iconic roles was on St Elsewhere as Dr. Ben Samuels. He was a regular cast member for one season before he quit to perform in Amadeus on Broadway.

Birney had a successful career for two decades in the ’70s to the ’80s with credits in projects like Family, The Love Boat, Glitter, and Seal Morning.

In the ’90s he appeared in projects like Star Trek: Deep Space Nine, Live shot, and Murder, She Wrote.

His last credit role was in 2007 in Leslie Warwick’s television series Without A Trace.

The death of a beloved celebrity is not easy to hear. Rest in peace, David Birney. And prayers for his family who are going through a trying time.