The joy of finally becoming a parent after years of trying without luck is unlike any other. Drew Scott and his wife Linda Phan, are ecstatic at welcoming their first child together after years of being disappointed.

Andrew Alfred Scott who is popularly known as Drew Scott is famous because of his status as a reality television personality from Canada. As the name of the show “Property Brothers” suggests, he stars in it alongside his brother Jonathan Scott.

The show is based on home renovation and features him as a realtor while his brother is the contractor.

Drew has often talked about his wife the first time he saw her. He says of Linda Phan, that he knew she was the one as soon as he laid eyes on her and saw her eating a huge slice of pizza.

Drew recalls the first time he talked to his now-wife. He’s said of the meeting, “I walked up to her [Phan] with my best pick-up line and said, ‘Where do I get a water?’”

Soon he took Phan to meet his twin-brother and co-star Jonathon and their best friend from high-school Pedro. Jonathon was immediately impressed and whispered in Drew’s ears that his girlfriend was a keeper.

As for Phan’s recollection of their first meeting, she says, “My sister and I were backstage looking for pizza and having some water, and Drew came up to me and said ‘Hey, where’d you get that water?’”

A few months after their initial meeting, the couple finally went on their date which they refer to as the longest first date in history. The date included dinner at a sushi restaurant, hot chocolate at a cafe, and then a karaoke party that Drew wasn’t even invited to initially.

At the party, Drew sang beautifully and the couple did a few duets well into the night.

Before he met Phan, Drew had not realized his romantic side. In fact, he described himself as a “constant single guy who was focused on his work and passions.”

But meeting his wife changed all of that as she aroused his romantic side. “But out of the blue, I was not expecting it, but Linda caught me off guard and came into my life. And I have to say, Linda taught me what love is. Linda brought out a side of me that I didn’t even know was there (sic),” he said.

In December 2016 he finally popped the question and asked Linda to marry him. He admitted later that he carried the ring around for weeks because he did not want Linda to accidentally discover it.

He designed the ring himself. The ring was a 1.2-carat brilliant round-cut solitaire placed in a swirl-like setting, crafted especially for his fiancée.

He said of the ring, “Linda doesn’t wear rings often and because she’s so petite when she does they are typically a small, simple, classy look. I wanted to design a ring that still had a little style so I incorporated a four-prong swirl solitaire mount for the 14-karat white gold ring.”

Drew flew to New York so he could professionally record “Marry Me,” a popular proposal song by the musical act Train. He had it played while he and Phan had dinner. Later on, there was a surprise engagement party that he had organized.

Phan is also part of the family business and works as a creative director for Scott Brothers Entertainment and looks at a lot of projects for their media company.

While they had an elaborate wedding in Italy, the couple revealed they had already secretly tied the knot in Nashville, Tennessee. They recall the hilarious private wedding saying they got married in a hot tub as the justice of peace came to them. And instead of exchanging rings, they exchanged burgers!

After the couple was officially married they looked forward to the next part of their lives; having kids. Drew even said, “we’re excited to have kids. I think Linda and I will be great parents, and we’re excited to start that chapter of our lives.”

The couple even set aside some space in the Los Angeles home for their future children. But after two years of trying, they figured that perhaps something was wrong. They sought medical help to find answers.

Their tests showed Phan had a thyroid condition which was making conception harder. She started treatment for her condition and the couple also sought out couples undergoing the same problems. They even talked about how if a pregnancy did not happen, they would be willing to adopt a child as well.

But in August 2021, the couple recieved life changing news. They found out they were expecting a baby. The ecstatic dad posted on social media about the annoucement feating a photo of his wife’s baby bump.

The happy parents-to-be thanked everyone especially medical staff who helped them on their journey. Drew wrote in the caption, “It has been an adventure to get here! We know we’re not alone in this experience and that everyone’s is filled with unique challenges along the way.”

On May 4th, 2022 the couple announced the arrival of their son on their podcast titled “At Home” and shared their joy with their fans. They revealed they named their son Parker James Scott.

The baby weighing 8 lbs, 1.8 oz arrived on his parent’s fourth wedding anniversary. The couple is happy beyond belief.

Drew added on his podcast that now having a son he was trying to prioritize his family more. He said, “I think there are aspects of having a child that seem to change who you are. I still love what I do and I love helping other families, but there’s definitely a big part of me that’s gonna be here for Parker.”

We are so happy for Drew and Linda for becoming parents and welcoming their baby boy to this world.

Share the inspiring story of their road to parenthood with your friends and family! 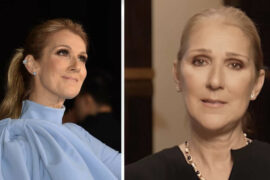