Family of three, missing for nearly two weeks, found dead in truck at bottom of ravine

A Tennessee family reported missing nearly two weeks ago has been found dead in their vehicle at the bottom of a ravine.

Jeremy Cook, 39, his 28-year-old fiancé, Johanna Manor, and her 8-year-old daughter Adalicia Manor were found dead inside their truck Wednesday after they were last seen January 16, FOX17 Nashville reported.

Authorities said their bodies were found inside the truck under the bridge in Williamson County, 35 miles south of Nashville.

Investigators believe the truck likely skidded on ice or a wet road and careered off the bridge, falling about 100 feet into a wooded ravine, Lt. Mike Doddo from Hickman County Sheriff’s Office told WKRN-TV. 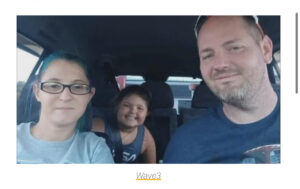 Doddo said the family appeared to have died upon impact and were not found sooner because where the vehicle had landed made it difficult to spot from the road.

“The family is devastated,” the lieutenant said. “You’ve lost almost an entire generation in one crash, that’s tragic in itself. This is just a tragic weather-related accident.”

Relatives expressed their concern when the couple didn’t show up for work and Adalicia didn’t attend school.

“Unfortunately, on January 26th, the authorities got a ping off of their phone that lead them to find the bodies of Johanna, Adalicia, and Jeremy,” wrote Manor’s sister, Jennifer Biggs, on a GoFundMe set up to help the family pay for funeral costs. 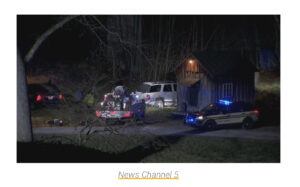 Authorities said the family’s babysitter had called for a welfare check at their home on Jan. 21, but nothing suspicious was found.

Investigators were able to locate them using pings from their cellphone, according to local reports. 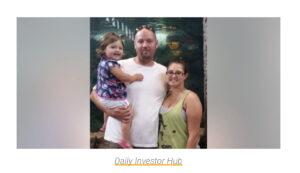 My heart goes out to the family of Jeremy, Johanna, and Adalicia. May you rest in peace. Please share so more people can help support this family.